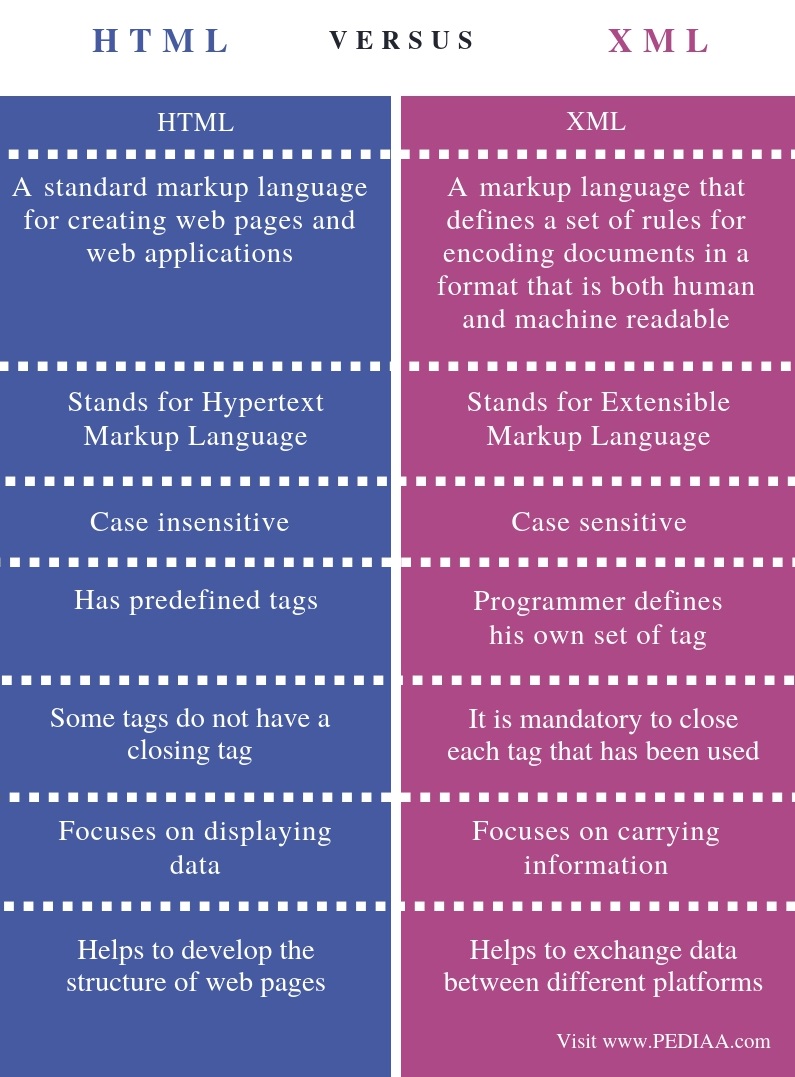 HTML is a markup language that is used to create the structure of the web page. This language consists of tags. Moreover, HTML helps to build static web pages. A programmer can easily create an HTML page using a simple text editor such as notepad and executing the HTML file on a web browser.  Also, there are various versions in HTML. The latest version is HTML 5, which has new features such as Geolocation, SVG, native audio and video support, etc. 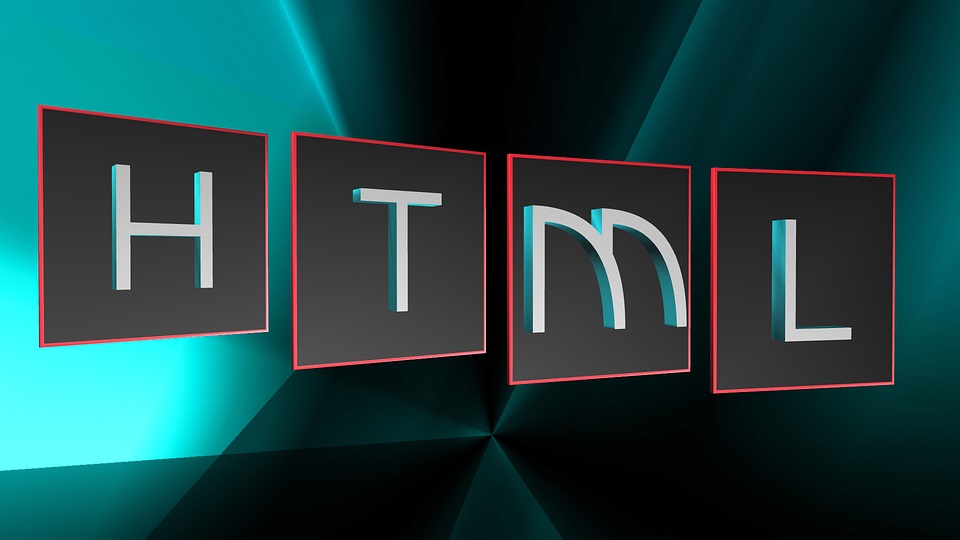 An HTML file starts with the Documents Type Declaration. After that, the documents start with <html> and end with </html> tags. Here, the document mainly has two main sections. The head section contains information such as title and metadata while the body section contains the visible structure of the page. Also, there are various HTML tags to represent elements. There are tags for paragraphs, headings, table, ordered lists, unordered lists, etc. In overall, HTML is the base language for all the other web technologies.

XML is a language independent markup language. Many organizations use XML for databases, programs, and office application, mobile applications, etc. 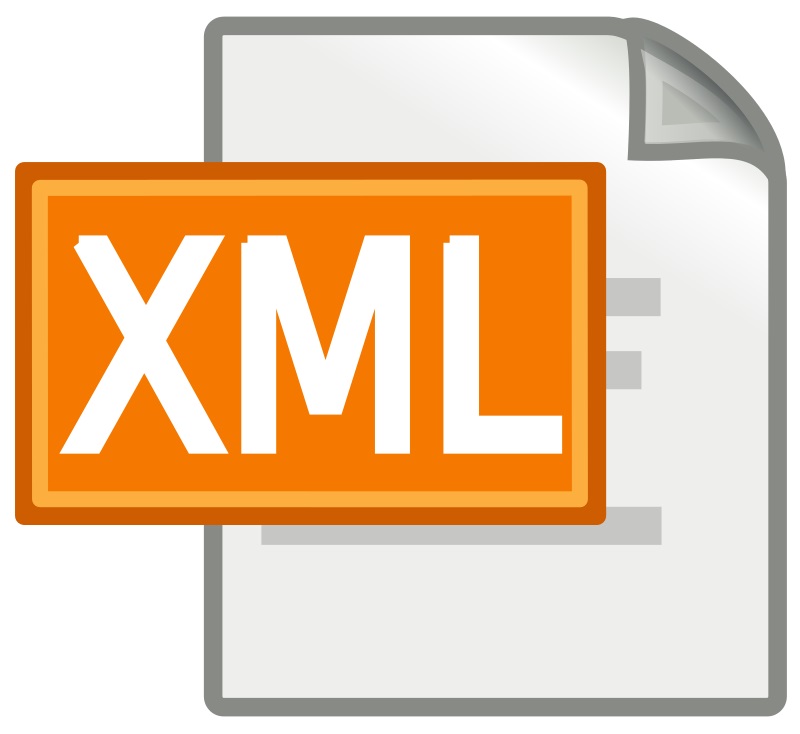 The main advantage of XML is that it allows exchanging data between different platforms. In other words, the programmer can use XML to take data from one program such as Microsoft SQL and converts it into XML and then share it with another program or a platform. Usually, XML is stored in a simple text file and a software that is capable of interpreting XML processes it. Overall, XML is a markup language that helps to exchange information between different systems.

Difference Between HTML and XML

HTML is a standard markup language for creating web pages and web applications. XML is a markup language that defines a set of rules for encoding documents in a format that is both human and machine readable. This is the basic difference between HTML and XML.

While HTML is case insensitive, XML is case sensitive. This is an important difference between HTML and XML.

Tags creates another difference between HTML and XML. That is; HTML has predefined tags. On the other hand, in XML, the programmer defines his own set of tags.

Furthermore, in HTML, some tags do not have a closing tag. But, in XML, it is mandatory to close each tag that has been used.

Another difference between HTML and XML is the main focus of each. HTML focuses on displaying data while XML focuses on carrying information.

In addition, HTML helps to develop the structure of web pages while XML helps to exchange data between different platforms.