Implicit and explicit are two adjectives that most people tend to use interchangeably. However, these are antonyms, i.e., they have opposing means. When something is implicit, it is only suggested, but not directly expressed. However, when something is explicit, it is directly and clearly expressed. Thus, we cannot use these two words, interchangeably. 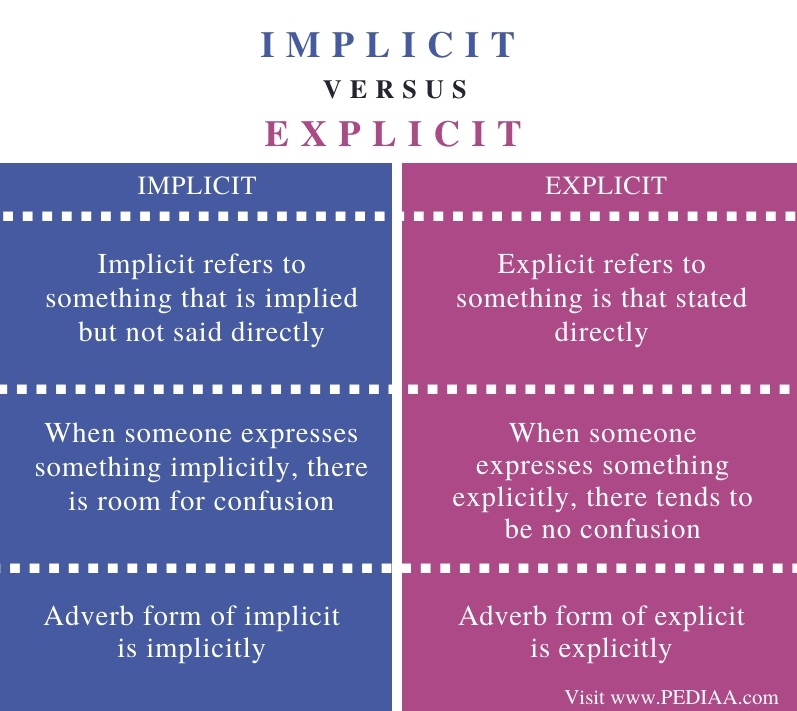 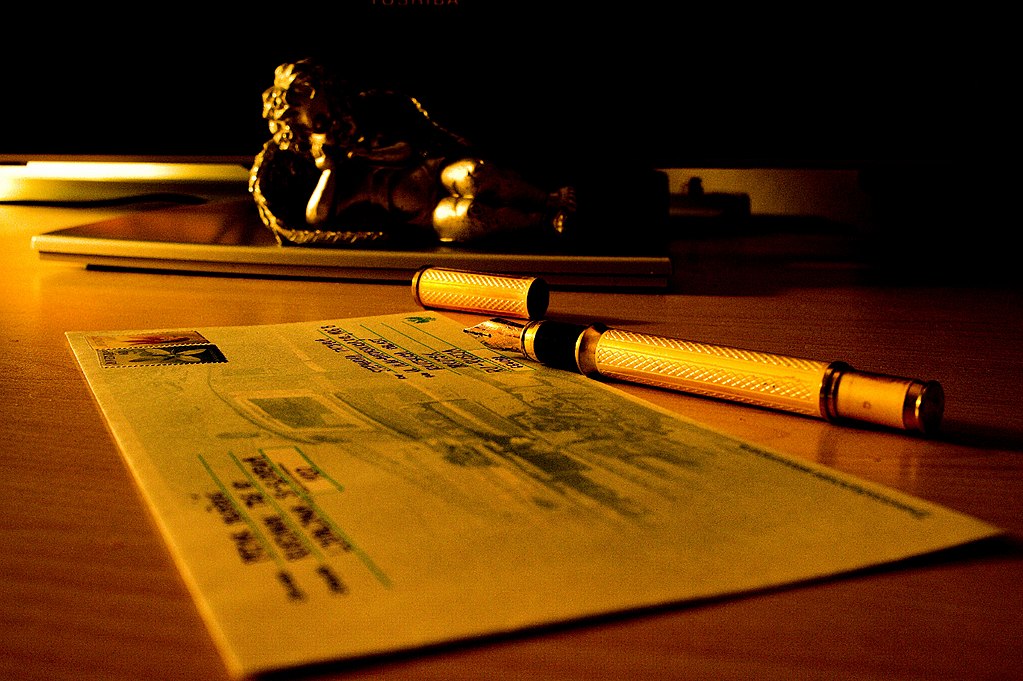 Figure 1: Implicit in her letter was her unhappiness in her marriage and new life.

Let’s look at some example sentences to understand how we use this adjective.

Furthermore, the adverb form of the adjective implicit is implicitly. If we look at the example, ‘Jake implicitly stated that he was against the policies’, this indicates that Jake indirectly states his stand.

Explicit is the opposite of implicit. In other words, explicit means to express something plainly and directly. When something is explicit, it is expressed clearly and exactly, so there is no room for confusion. For example, explicit instructions are instructions that are direct and clear. The adverb form of this adjective is explicitly. 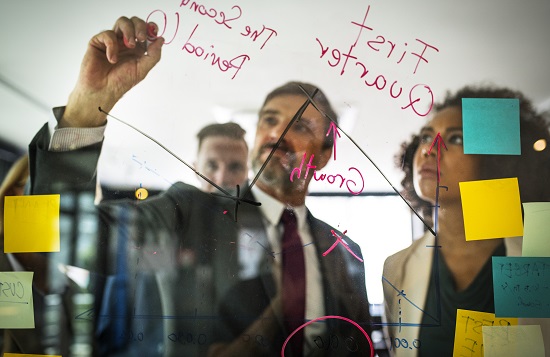 Let’s now look at some examples sentences to understand this adjective more clearly.

Relationship Between Implicit and Explicit

Difference Between Implicit and Explicit

1. “Writing a letter” By Petar Milošević – Own work (CC BY-SA 3.0) via Commons Wikimedia
2. “Businesspeople planning on a glass wall” (CC0) via Pxhere