The main difference between jade and jadeite is quality. Jade has two varieties as nephrite and jadeite. Jadeite is considered a high-quality jade, and it is rarer and more expensive than nephrite.

Jade is a hard, usually green gemstone used for ornaments and jewellery. It is one of the oldest known gemstones and has a history that dates back to almost seven thousand years.  It was used in East and Southeast Asia, especially in China. Jade was the most precious gemstone in ancient China, and it served as a symbol of purity and moral integrity. 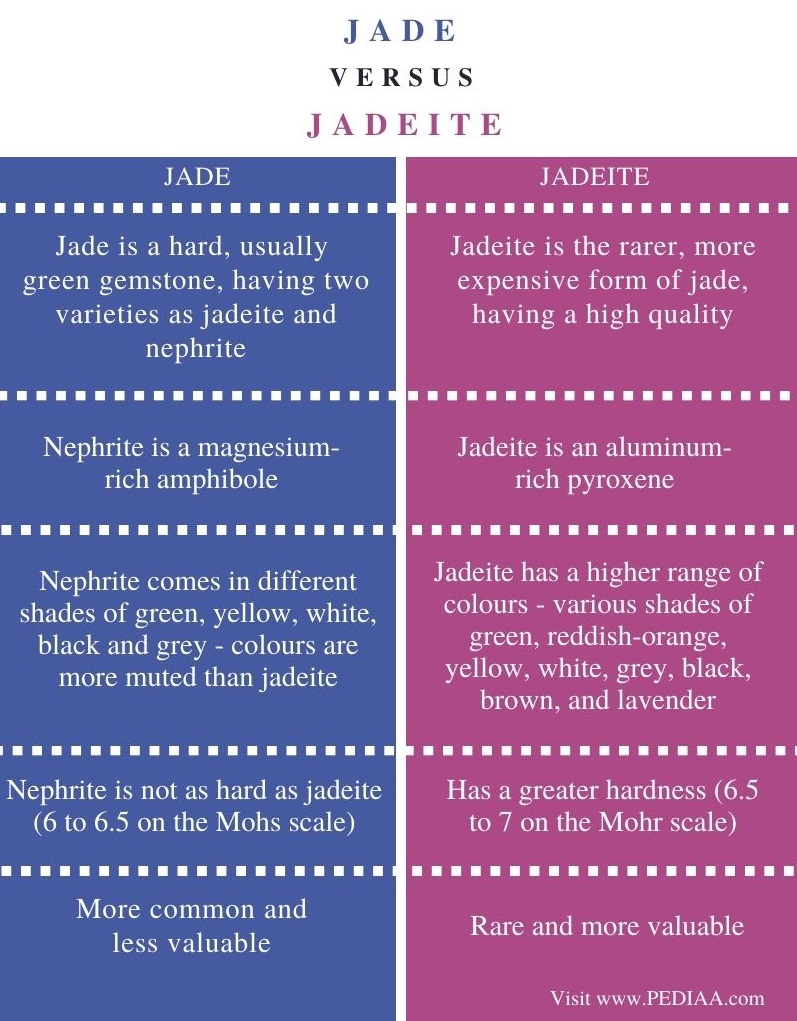 The very first thing you need to know about jade is that we use the name ‘jade’ to refer to two different gemstones. In other words, jade is a generic name that refers to two gemstones. One of these gemstones is jadeite, and the other is nephrite. Both jadeite and nephrite are metamorphic rocks that are extremely tough. But these have different mineral compositions. Gemologists discovered this existence of two jade varieties in 1863.

Nephrite is made of magnesium, calcium, and iron-rich amphibole minerals tremolite or actinolite. Its colour can be dark to light green; we can occasionally find colours like yellow, brown, grey and white, as well. Colours of nephrite are more muted than jadeites’.  However, nephrite is also accepted as jade in the international gem market. They are more common than jadeite and are less valuable. Nephrite is used to make beads, ornamental stones in carvings and cabochon cut gemstones. Moreover, nephrite can occur in extremely large sizes. Therefore, large sculptures are commonly made from nephrite. 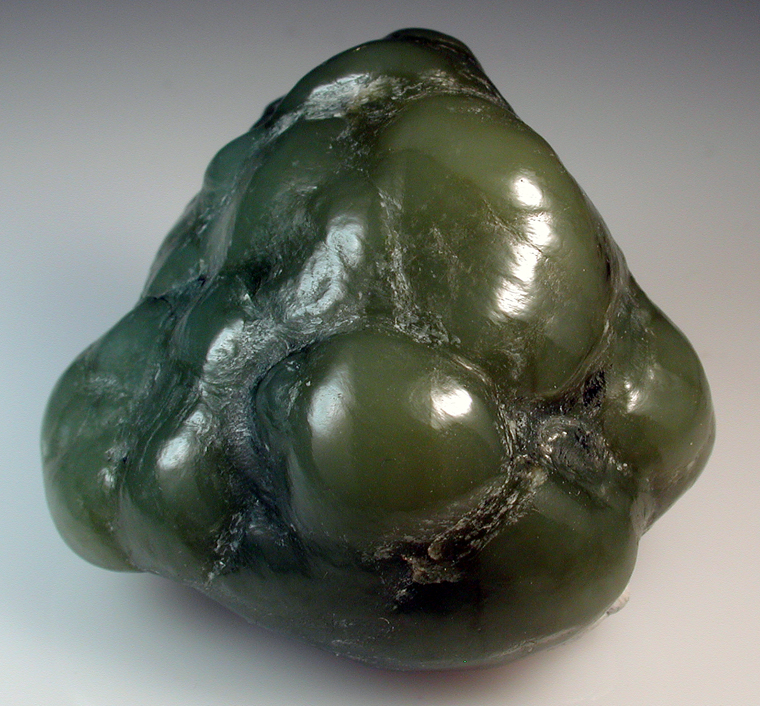 Another interesting fact about jade is that Myanmar is currently the largest exporter of jade. However, the best jade carvers are usually from China.

Jadeite is a pyroxene mineral and a high-quality jade suitable for use in jewellery. In comparison to nephrite, jadeite is more translucent, and have a greater hardness. It is also rare and more expensive. Myanmar is the source of nearly 90% of jadeite in the world market. There are also jadeite deposits in other countries, including the USA, Canada, Russia, and Japan. 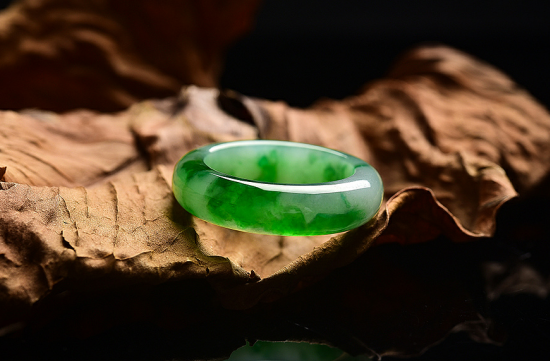 Difference Between Jade and Jadeite

Jade is a hard, usually green gemstone, having two varieties as jadeite and nephrite. Jadeite is the rarer, more expensive form of jade, having a high quality.

Nephrite is a magnesium-rich amphibole while jadeite is an aluminium-rich pyroxene.

Jadeite has a greater hardness than nephrite; nephrite is 6 to 6.5 on the Mohs scale, and jadeite is 6.5 to 7.

Jadeite is rarer than nephrite and more expensive.

In conclusion, jade is a hard, usually green gemstone, having two varieties as jadeite and nephrite. Jadeite is considered a high-quality jade, and it is rarer and more expensive than nephrite. Moreover, jadeite has a greater hardens and a wider colour range than nephrite. Thus, this is the difference between jade and jadeite.