Home » Science » Biology » What is the Difference Between Kelp and Seaweed

The main difference between kelp and seaweed is that kelp is a giant, brown algae seaweed that grows in kelp forests in shallow oceans, whereas seaweed is macroalgae that is marine algae.

Kelp and seaweed are two types of macroalgae that grows in shallow oceans. There are over 300 species of kelp that belong to the order Laminariales, while there are over 10,000 species of seaweed in the ocean. 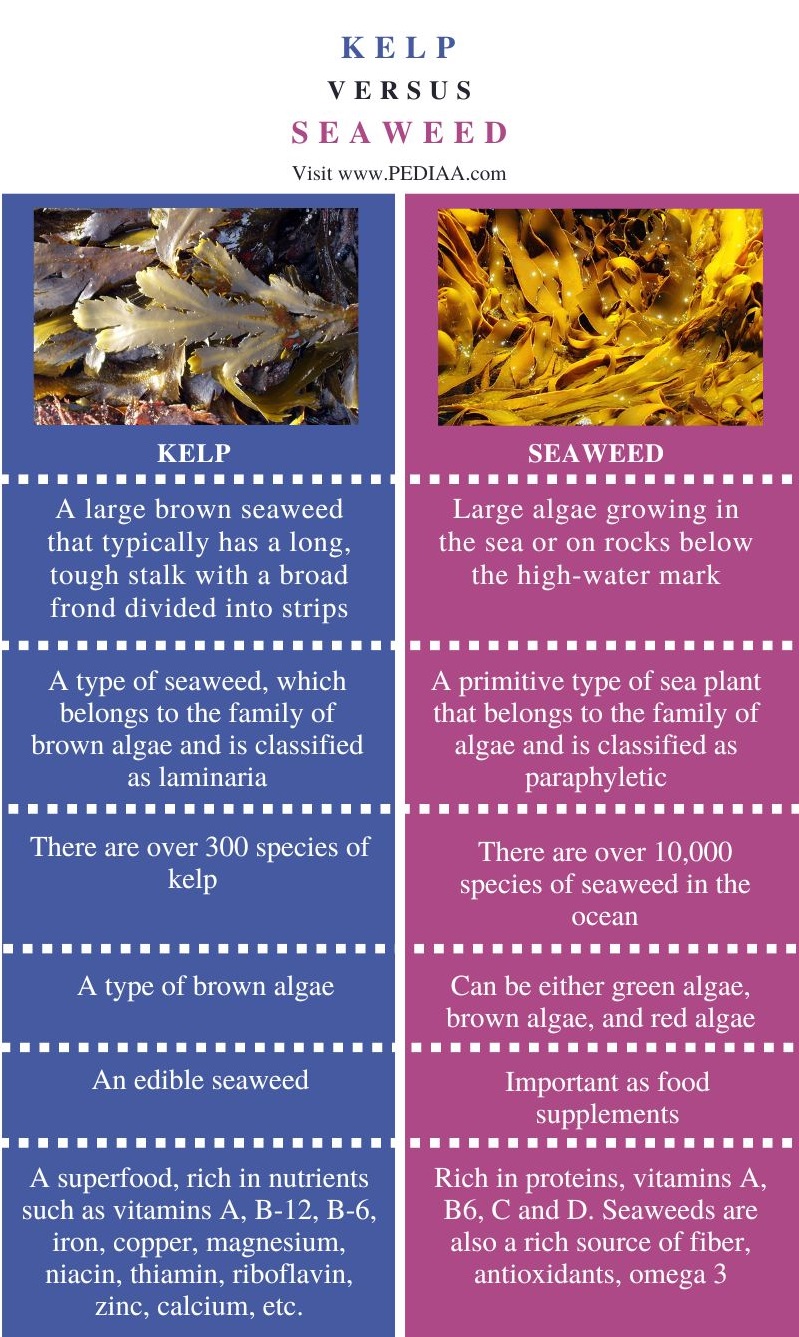 Kelp is a large brown algae seaweed that belongs to the order Laminariales. It belongs to the brown algae family. There are around 300 different kelp species in order Laminariales. In shallow oceans, kelp grows as forests. Generally, kelps require water temperatures between 6 and 14 °C (43 and 57 °F). They are fast-growing and can grow half a meter a day. Besides, the growth of kelp occurs at the base of the meristem. Also, kelp has diploid sporophyte and haploid gametophyte stages. 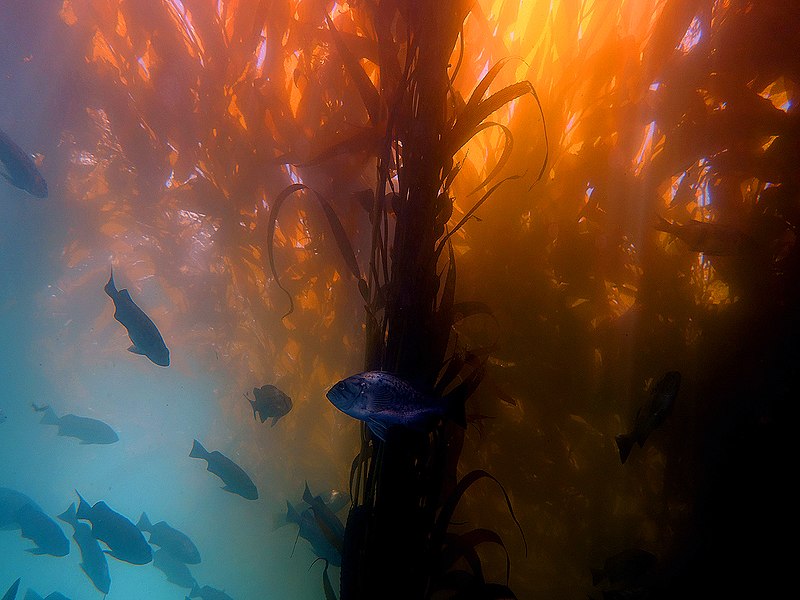 Furthermore, the plant body of kelp is a thallus, consisting of flat or leaf-like structures known as blades. Blades usually originate from elongated stem-like structures, the stipes. The holdfast, a root-like structure, anchors the kelp to the substrate of the ocean. Moreover, gas-filled bladders (pneumatocysts) that form at the base of blades of American species, such as Nereocystis lueteana, hold the kelp blades close to the surface.

Moreover, considering its uses, kelp is an edible seaweed named kombu. In general, kelp is rich in nutrients and vitamins such as vitamin A, B-12, B-6, iron, magnesium, zinc, calcium, etc. People consider kelp a superfood and it is used to make sushi, soups, salad, stews, etc.

Seaweed is a macroalga that is macroscopic and multicellular. Generally, there are three types of macroalgae that occur in the ocean: brown algae, red algae, and green algae. Usually, seaweed grows in nearshore water and rocky shores where it can grow by getting sunlight for photosynthesis. Seaweed also contains a plant body called a thallus, stipes, and holdfasts. 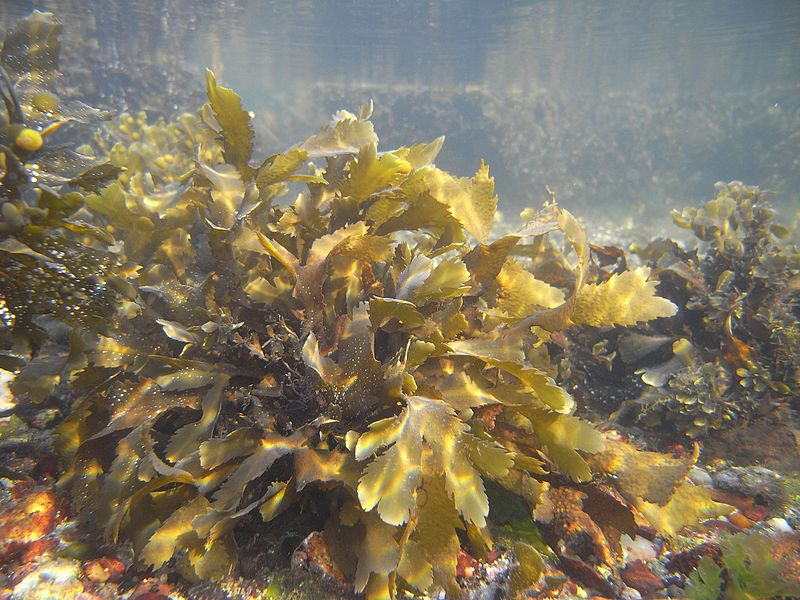 Furthermore, seaweed is edible and it is used in making chips, garnishing salads, rice dishes, and stir fry dishes. It contains vitamins, fiber, proteins, antioxidants, omega-3, etc. Therefore, seaweed is important as a food supplement too.

Similarities Between Kelp and Seaweed

Difference Between Kelp and Seaweed

Kelp refers to a large brown seaweed that typically has a long, tough stalk with a broad frond divided into strips, while seaweed refers to large algae growing in the sea or on rocks below the high-water mark.

Kelp is a type of brown algae while seaweeds can be either green algae, brown algae, and red algae.

Moreover, kelp is an edible seaweed while seaweeds are important as food supplements.

Kelp is a superfood, rich in nutrients such as vitamins A, B-12, B-6, iron, copper, magnesium, niacin, thiamin, riboflavin, zinc, calcium, etc. while seaweeds are rich in proteins, vitamins A, B6, C and D. Seaweeds are also a rich source of fiber, antioxidants, omega 3.

Seaweed is a macroalga that is macroscopic and multicellular. There are three types of macroalgae; they are red algae, green algae, and brown algae. Kelp is a type of brown algae, which forms kelp forests. So, this is the main difference between kelp and seaweed.