Home » General » What is the Difference Between Legislation and Policy

The main difference between legislation and policy is that policy is a course of action proposed or adopted by an organization or individual in order to achieve rational goals, whereas legislation is laws and rules made by the government.

Legislation and policy are two related concepts in a government or an organization. Legislation can be used to enforce the course of action set out by a policy, while policies can also be implemented as a way to fulfil legislative commitments. 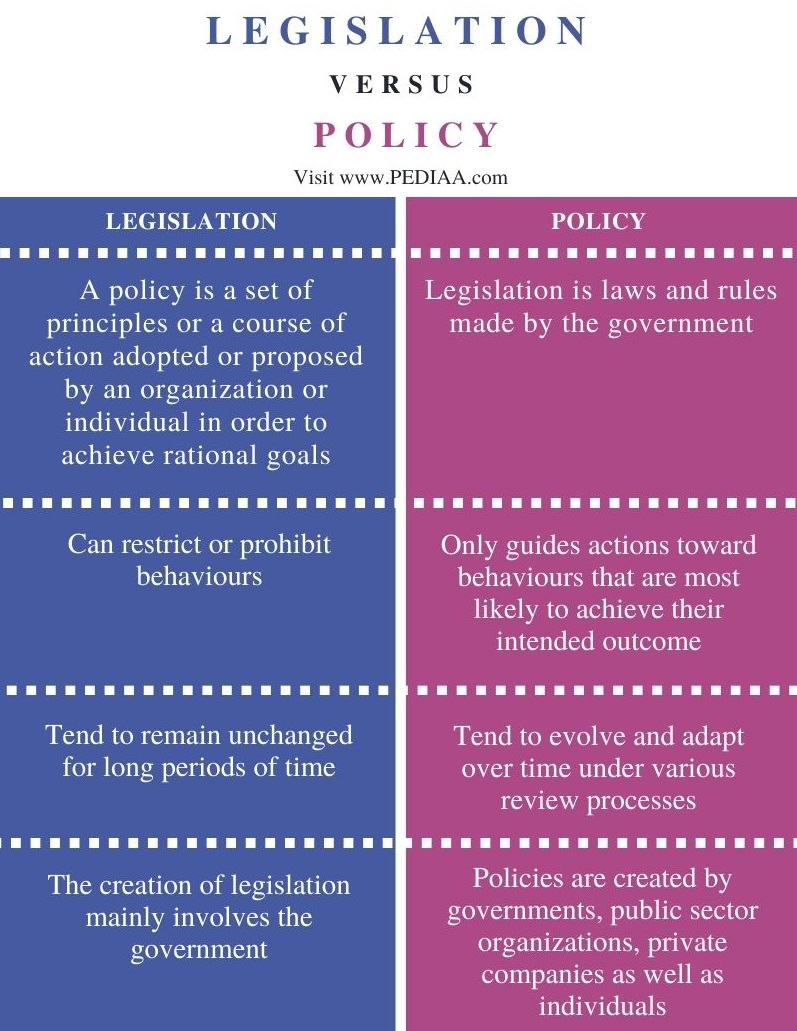 The legislation basically refers to laws and rules made by the government. It can also refer to the act or process of lawmaking. Before an item of legislation becomes law, we call it a bill. Furthermore, legislation can have various purposes: to authorize, to regulate, to outlaw, to sanction, to grant, to declare or to restrict. The power to formulate new legislation and review and amend existing legislation lies with the parliament.

Legislation is a higher form of law since it can overrule or rescind most other laws, including court-made law, previous legislation, or regulations passed by subordinate authorities. Moreover, it is the most democratic source of law as it is made by the representatives chosen by the people. In addition, legislation is one of the three fundamental functions of the government.

A policy is a set of principles or a course of action adopted or proposed by an organization or individual in order to achieve rational goals. We can describe it as a statement of intent we implement as a protocol or procedure. Governments, public sector organizations, private companies as well as individuals can have policies. The country’s foreign and domestic policy, privacy policies, company policy, HR policy, insurance policy, etc., are some examples of policies. 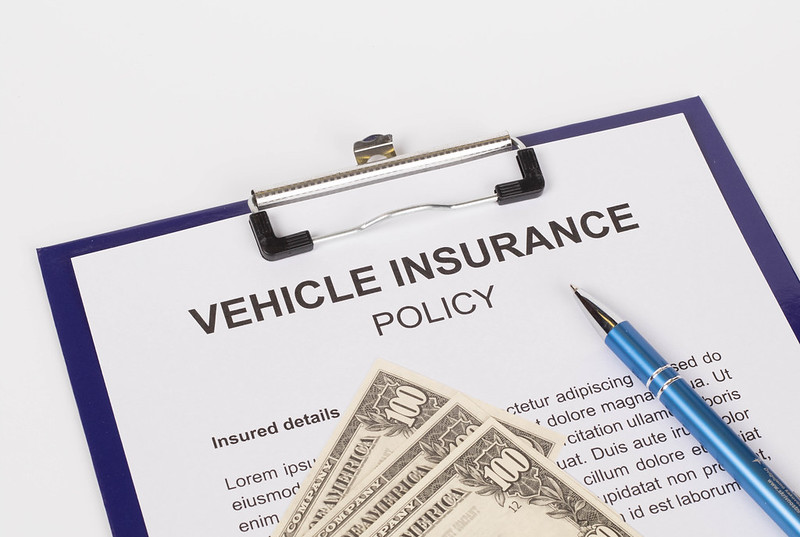 A government policy is a course of action the government plans on a particular subject or field. Policies are typically by a Government Department, for instance, the Department for Education, Department of Forest Conservation, etc., in order to achieve their goals. Policies are different from laws; laws can prohibit actions or behaviours, while policies only guide actions and behaviours.

We can describe the main features of the policy as follows:

A policy is a set of principles or a course of action adopted or proposed by an organization or individual in order to achieve rational goals, whereas legislation is laws and rules made by the government.

Legislation can restrict or prohibit behaviours, while policy only guides actions toward behaviours that are most likely to achieve their intended outcome.

Legislations tend to remain unchanged for long periods of time. It is possible to amend them, but this happens less frequently. Policies, on the other hand, tend to evolve and adapt over time under various review processes.

The creation of legislation mainly involves the government.  However, the creation of policies can involve governments, public sector organizations, private companies as well as individuals.

The main difference between legislation and policy is that policy involves a course of action an organization or individual proposes or adopts in order to achieve rational goals, whereas legislation involves laws and rules the government creates and implement.