The main difference between light novel and manga is their formats. Light novels are like novellas with illustrations, while mangas are quite similar to western comic books. The stories in light novels are shorter and have a slower pace.

Both light novels and manga are stories with illustrations and have a Japanese origin. But they are not the same as they have different formats and audiences. 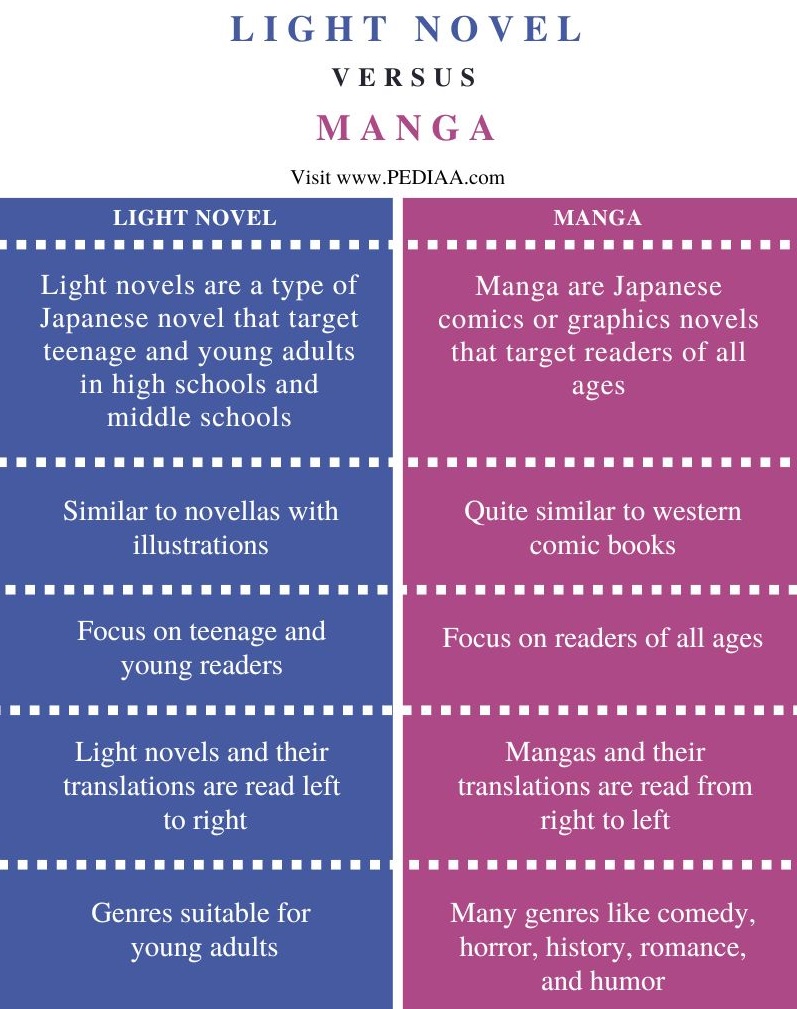 What is a Light Novel

A light novel is a type of Japanese novel. These light novels target teenage and young adults in high schools and middle schools. Usually, light novels are shorter than regular novels, and there are around 300 pages per volume. Nevertheless, there are some exceptions too. 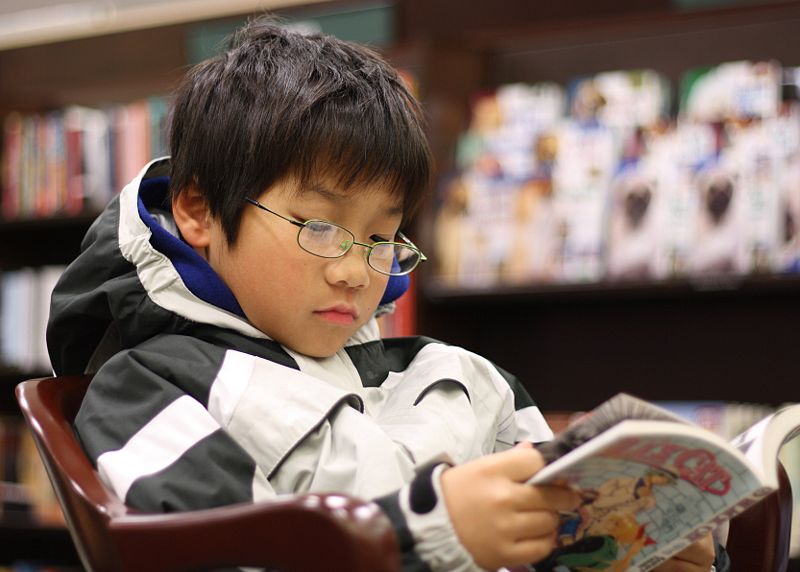 What is a Manga

Manga refers to Japanese comics or graphics novels. In the very beginning, they started manga as weekly or monthly chapters. Later, this format was changed into a book format, and they became very popular. Mangas usually come with black and white illustrations, but some also come with full-color illustrations.

Moreover, manga consists of panels, and the readers should read from left to right. It has to be started with the upper-right corner of the upper-right panel and read the panel from right to left. Most mangas consist of anime adaptions. When the manga gets translated, they seem to be read from back to front by non-Japanese readers. Even the panels are from back to front. 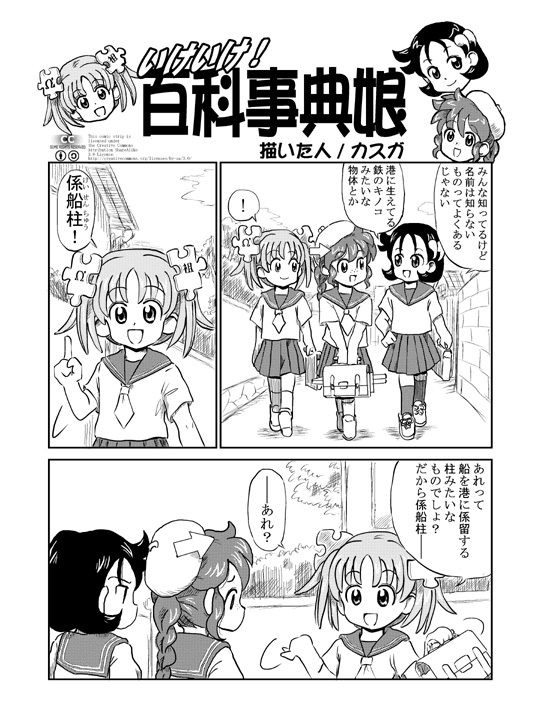 In Japan, people of all ages read the manga. There is no specific age range for manga. In addition, there are different genres of manga like comics, adventure, fantasy, romantic, business and commerce, horror, sports, drama, and history. There are translations of manga in many other different languages. There is a big audience for manga not only within Japan but also throughout the world. Generally, a manga artist works in a small studio. He may have few helpers and may have contacts with a creative editor from a commercial publishing company.

Similarities Between Light Novel and Manga

Difference Between Light Novel and Manga

Light novels are a type of Japanese novel that target teenage and young adults in high schools and middle schools, while manga refers to Japanese comics or graphics novels that target readers of all ages.

Light novels are similar to novellas with illustrations, while mangas are quite similar to western comic books.

Although light novels focus on teenage and young readers, manga focuses on readers of all ages.

There are many genres like comedy, horror, history, romance, and humor in the manga, whereas light novels come in genres suitable for young adults.