Linear and circular DNA are two structures of DNA. Generally, DNA is the type of nucleic acid that stores genetic information of both eukaryotes and prokaryotes. 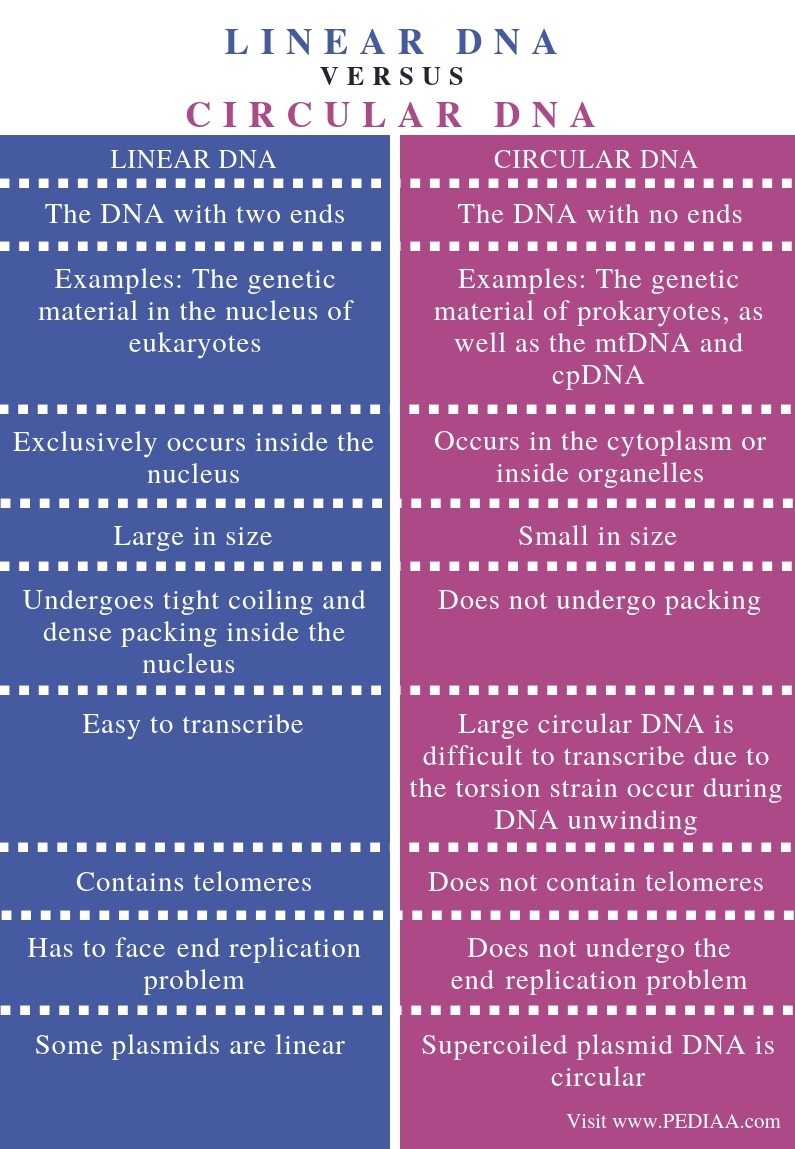 What is Linear DNA

Linear DNA is the DNA with two ends on each side of the DNA molecule. Generally, this type of DNA occurs in the form of eukaryotic chromosomes. They occur inside the nucleus. One of the main characteristic features of eukaryotic DNA is their large size. Generally, eukaryotes are complex organisms when compared to prokaryotes. Therefore, their genomes are also large. For example, the size of the human genome is 2.9 billion base pairs. Moreover, this DNA is arranged into 23 homologous pairs of chromosomes. Thus, linear DNA in the chromosomes of eukaryotes has to undergo tight coiling and dense packing. 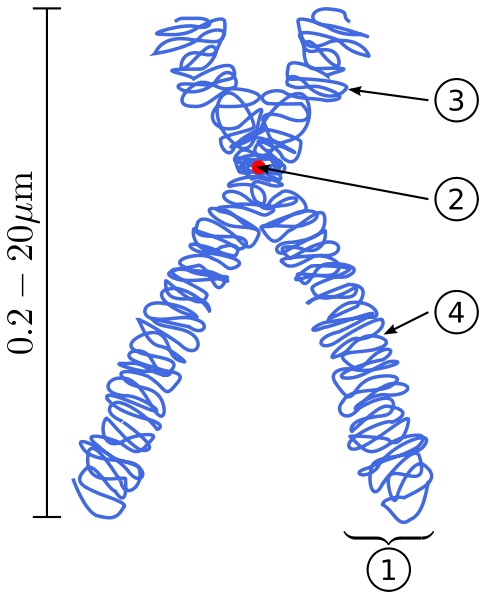 What is Circular DNA

Moreover, the same as linear DNA conversion into circular DNA, circular DNA itself can undergo linearization. However, prokaryotes with the conversion of circular DNA into linear DNA are still viable. Significantly, prokaryotes such as  Borrelia burgdorferi have linear chromosomes. Both mitochondrial and chloroplast DNA are single circular molecules. Generally, the genes in both genomes mainly encode for enzymes. In contrast, plasmids are another type of circular DNA, which mainly occurs in the cytoplasm of prokaryotes. During gel electrophoresis, they occur in three forms: supercoiled, which is circular, open-circular, and linear.

Similarities Between Linear and Circular DNA

Difference Between Linear and Circular DNA

Linear DNA exclusively occurs inside the nucleus while circular DNA occurs in the cytoplasm or inside organelles.

Generally, linear DNA is large in size while circular DNA is small in size.

Furthermore, linear DNA undergoes tight coiling and dense packing inside the nucleus while circular DNA does not undergo packing.

In plasmids, some DNA is linear while supercoiled plasmid DNA is circular.