Linen is a popular natural fabric we use for clothing, beddings, towels, napkins, tablecloths, etc. It’s a strong and durable fabric but tends to wrinkle and shrink. Washing makes linen fibers softer and prevents further shrinkage. Therefore, washed linen products available on the market are softer and do not shrink after you wash them. 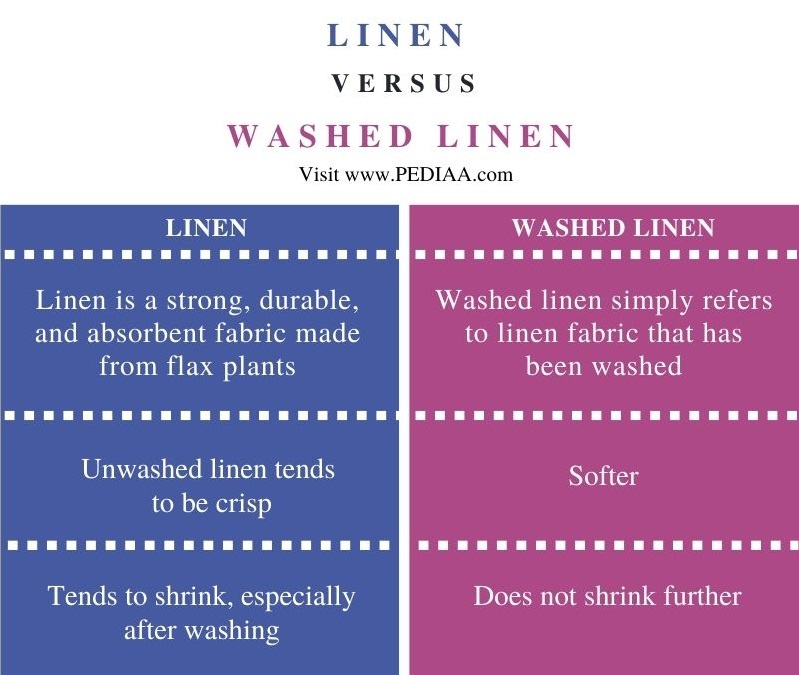 Linen is a fabric made from flax plants. Therefore, it’s a natural/organic textile. Linen is strong, durable, absorbent, and comfortable in dry weather. It is somewhat similar to cotton, but unlike cotton, linen can retain moisture for a long period of time and dries quickly. It is also more biodegradable than cotton. However, linen tends to wrinkle very easily. We use linen to make many products: clothing (dresses, pants, etc.), bedding, aprons, towels, napkins, tablecloths, runners, bags, etc. It’s a very popular bedding option, and linen sheets are mainly available in colors like white, ivory, and light grey. There are many different types of linen including, plain woven, loosely woven, damask, and sheeting. 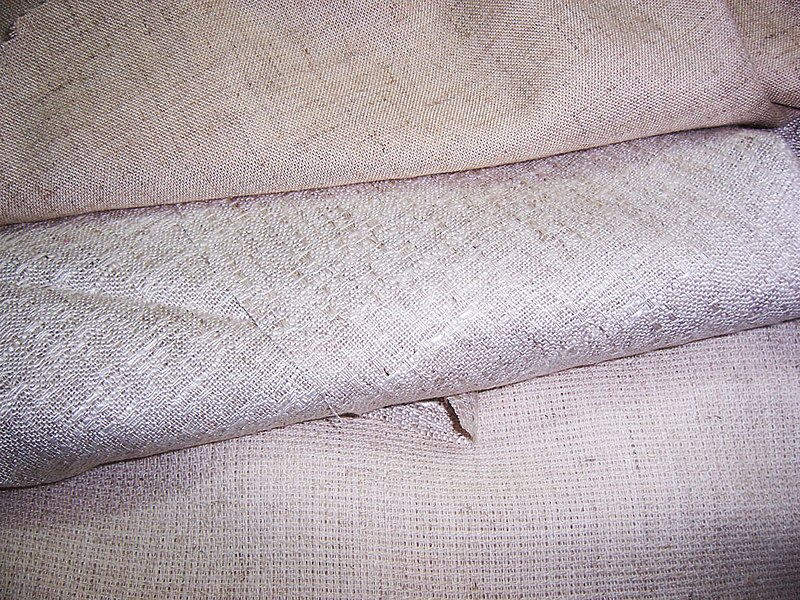 Linen is one of the oldest natural fabrics in the world; it was even used in ancient Egypt, ancient Greece, and ancient Mesopotamia. Today, it’s an expensive textile that is produced in small quantities (especially when we compare it to synthetic fabrics). This is mainly because linen production is laborious and time-consuming.

Linen is cool and soft to the touch, but it gets softer the more we wash it. It is not very difficult to take care of linen since it is resistant to stains or dirt. It also has a tendency to pill or lint. However, perspiration, bleach, and mildew can damage linen fabrics. We can clean linen by machine wash, dry cleaning, or steaming. Moreover, linen can withstand high temperatures. Since linen tends to wrinkle easily, it requires constant ironing, especially formal wear.

What is Washed Linen

Washed linen simply refers to linen fabric that has been washed. As we mentioned earlier, linen fabrics tend to shrink, and unwashed linen has a crisp feel to it. Washing linen prevents further shrinkage and makes the fibers as soft as possible. When you buy washed linen, you don’t have to wash it before you use it.

Washed linen can be washed in different methods. Some wash it in hot water and tumble it. Other processes also involve stones for softening the textile. Cheaper processes also use chemicals and softeners to make linen soft.

Difference Between Linen and Washed Linen

Linen is a strong, durable, and absorbent fabric made from flax plants while washed linen simply refers to linen fabric that has been washed.

Moreover, linen tends to shrink, especially after washing, but washed linen does not shrink further.

Washing makes linen fibers softer and prevents further shrinkage. Therefore, washed linen products available on the market are softer and do not shrink after you wash them. The main difference between linen and washed linen is that linen has a crisp feel to it, whereas washed linen is softer than regular linen.

1. “Enzyme Washed or Softened Linen?” Varvarahome.
2. “What Is Linen Fabric: Properties, How Its Made and Where.” Sewport.
3. “Linen.” Wikipedia, Wikimedia Foundation.