Generally, Artificial Intelligence (AI) is a way of making a computer, robot, software or a machine to work intelligently similar to a human. It is a discipline that covers various fields, including Mathematics, Computer Sciences, Engineering, Philosophy etc. Overall, Lisp and Prolog are two programming languages that help to write and develop AI-based applications. Furthermore, Lisp is an older language than Prolog. 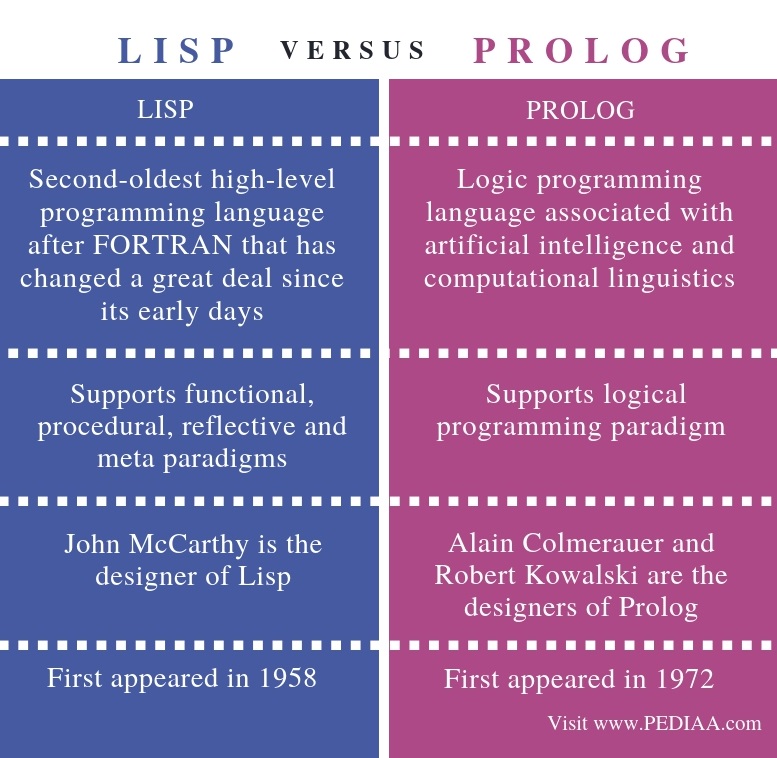 Lisp is a computer programming language with a long history and a distinctive, fully parenthesized prefix notation. The programmer writes all program code in s-expressions or parenthesized lists. Furthermore, a function call or syntactic form can be written as a list with the function or operator’s name first. 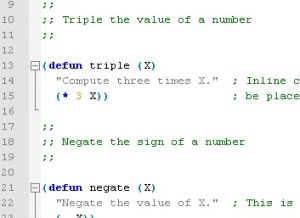 Lisp is an old, high-level programming language. The main objective of using Lisp is to represent mathematical notations for computer programs. Some popular Lisp dialects are Clojure, CommonLisp and Scheme. Moreover, it also helps to develop Artificial Intelligence (AI) applications. 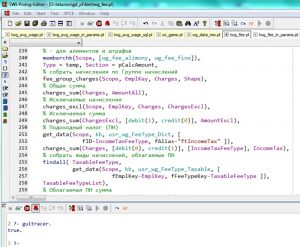 Difference Between Lisp and Prolog

John McCarthy is the designer of Lisp whereas Alain Colmerauer and Robert Kowalski are the designers of Prolog.