The main difference between logline and tagline is that a logline is a screenplay’s concept written down in one or two sentences, whereas a tagline is a short text that introduces the brand message of a product or service. 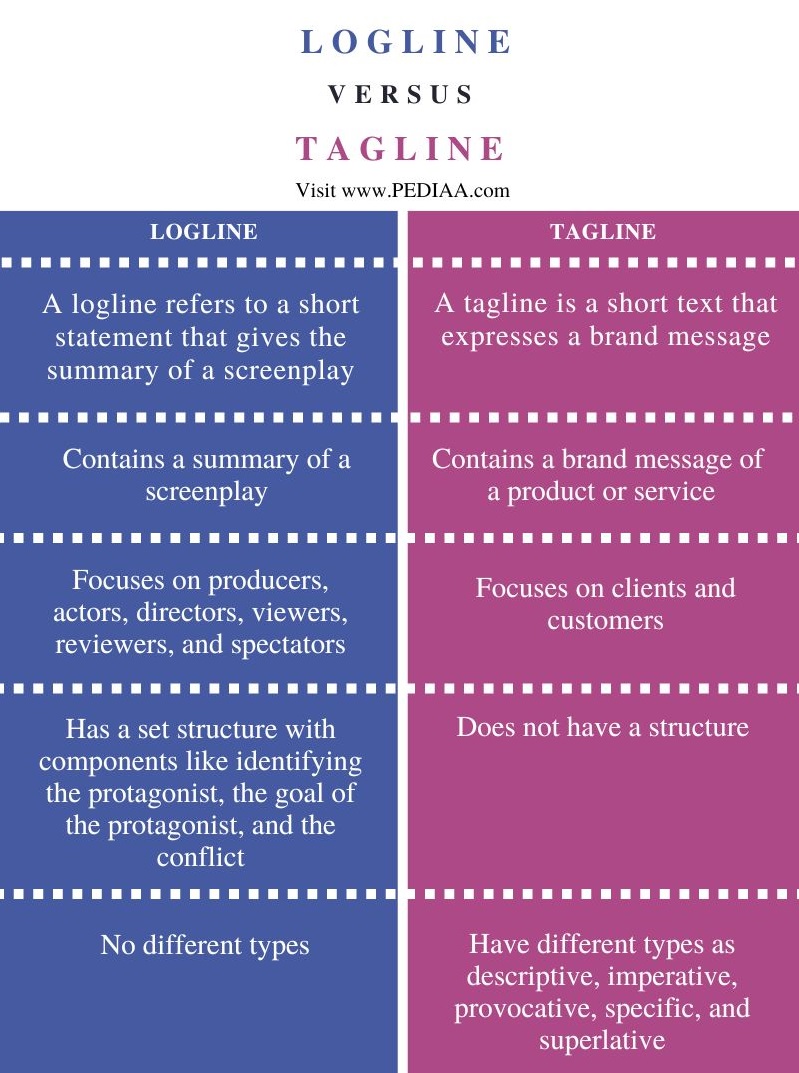 What is a Logline

Logline is a short statement with a one- or two-line summary of a screenplay to capture the attention of the audience. A logline can be a summary of a television program, film, or book. Basically, a logline includes the main character, set-up, and the main conflict of the screenplay. Creating loglines is a subtle art. The components of a logline include identifying the protagonist, the goal of the protagonist, the challenging incident, and the conflict. Using one or two sentences, writers get the chance to extract an entire screenplay down to the most relevant points. 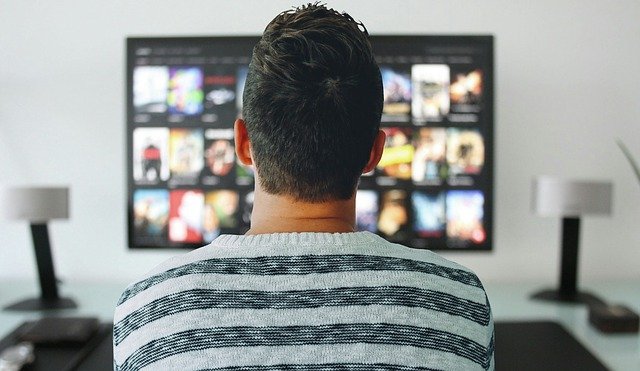 Developing a logline for a screenplay is very important for screenwriters. Logline helps to attract a good audience since people prefer to know the basic storyline before a show and are curious to watch it. Similarly, reviewers may also take the help of the loglines since they do not have time to watch all screenplays. In addition, producers, actors, and directors may first read the logline of a story to decide if they want to read further. Therefore, the logline of a screenplay is very important.

Two star-crossed lovers fall in love on the maiden voyage of the Titanic and struggle to survive as the doomed ship sinks into the Atlantic Ocean.

A computer hacker learns from mysterious rebels about the true nature of his reality and his role in the war against its controllers.

What is a Tagline

A tagline is a short, noteworthy text that briefly and clearly expresses a brand message. This short and memorable text is used to value a brand or its products. Taglines are often used in marketing campaigns to communicate and promote a brand and its products. The use of a tagline allows attracting the attention of the customers in a brief time. Hence, customers are able to build up a positive association with the brand. For example, the tagline of the world-famous Adidas sports brand is “Impossible is nothing,” and it demonstrates what is being sold. Similarly, it communicates the product to the customer very clearly.

Sometimes, taglines do not convey the brand or its products directly. Instead, they use phrases with emotional aspects. They try to address customers at an emotional level, and the taglines are created accordingly. Some companies use taglines without mentioning their brand name, but they simply express what they want to say using the tagline. Different companies use different approaches when reaching their customers with taglines. Once a tagline is created by a company, it can be used in promotional campaigns as well as in print media, TV, radio, and promotional events. Some companies use different taglines from time to time. For example, Coca-Cola company changes its taglines from time to time. Moreover, there are different types of taglines as descriptive, imperative, provocative, specific, and superlative.

Similarities Between Logline and Tagline

Difference Between Logline and Tagline

A logline refers to a short statement that gives the summary of a screenplay, while a tagline is a short text that expresses a brand message.