The main difference between lutein and luteolin is that lutein is an organic pigment known as “eye vitamin” whereas luteolin is a plant flavonoid used in traditional medicine to prevent hypertension, inflammatory disease, and cancer. 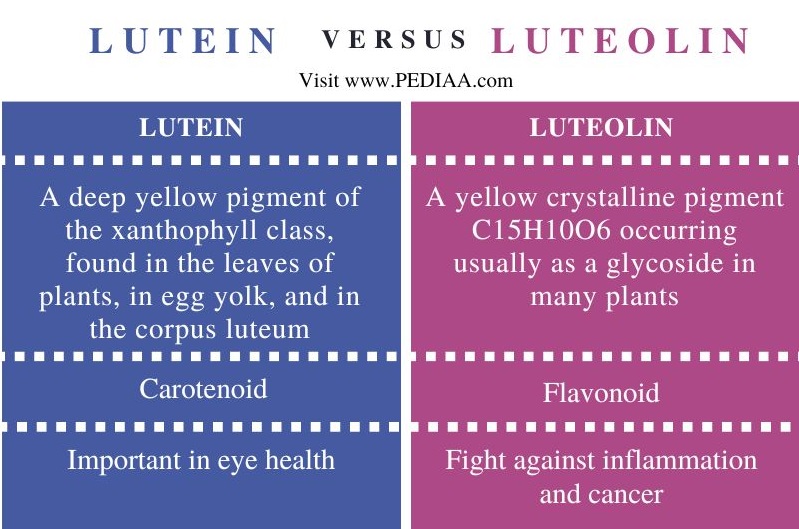 Lutein is a type of carotenoid called xanthophyll, which is an organic pigment. It also occurs in high quantities in green, leafy vegetables including kale, yellow carrots, and spinach. In high light conditions, xanthophyll production in vegetables is high. Furthermore, lutein is one of the two major carotenoids in the eye, filtering light to protect from sunlight damage. Moreover, lutein has lots of health benefits, which makes it a food supplement. 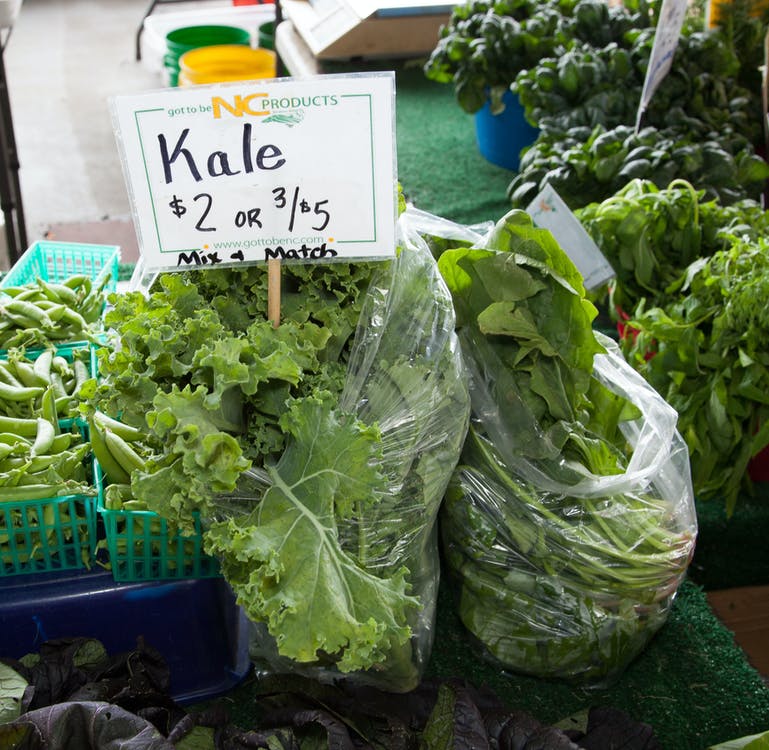 Furthermore, lutein is a key nutrient for eye health, and it also has other impressive health benefits. Some of these benefits include enhancing the sharpness of vision, improving visual contrast sensitivity, protecting against free radicals and oxidative stress, suppressing inflammation, etc. In addition, lutein is important in treating age-related muscular degeneration, diabetic retinopathy, cataracts, and dry eye disease. 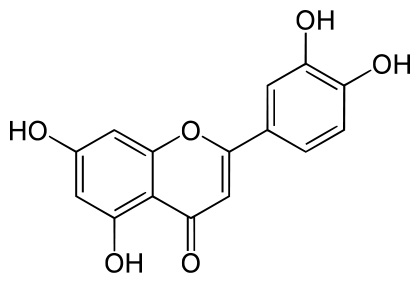 Moreover, the main importance of luteolin in plants is to protect the plant from microbes and other threats. Besides, humans also have many health benefits from the compound. Importantly, luteolin-rich plants strengthen the immune system, relieving inflammation and fighting against cancer.

Similarities Between Lutein and Luteolin

Difference Between Lutein and Luteolin

Lutein refers to a deep yellow pigment of the xanthophyll class, found in the leaves of plants, in egg yolk, and in the corpus luteum, while luteolin refers to a yellow crystalline pigment C15H10O6 occurring usually as a glycoside in many plants.

Generally, lutein is a carotenoid while luteolin is a flavonoid.

Lutein is important in eye health while luteolin fight against inflammation and cancer.

In brief, both, lutein and luteolin, are used as food supplements as well as in medicine. Also, they both readily occur in green leafy vegetables. However, lutein is a carotenoid that is important in photosynthesis. And it is also beneficial for eye health. On the other hand, luteolin is a flavonoid that has anti-inflammatory effects. In conclusion, the main difference between lutein and luteolin is their structure and health benefits.