Home » General » What is the Difference Between Male and Man

The main difference between male and man is that male refers to any male organism, whereas man specifically refers to an adult male human being. 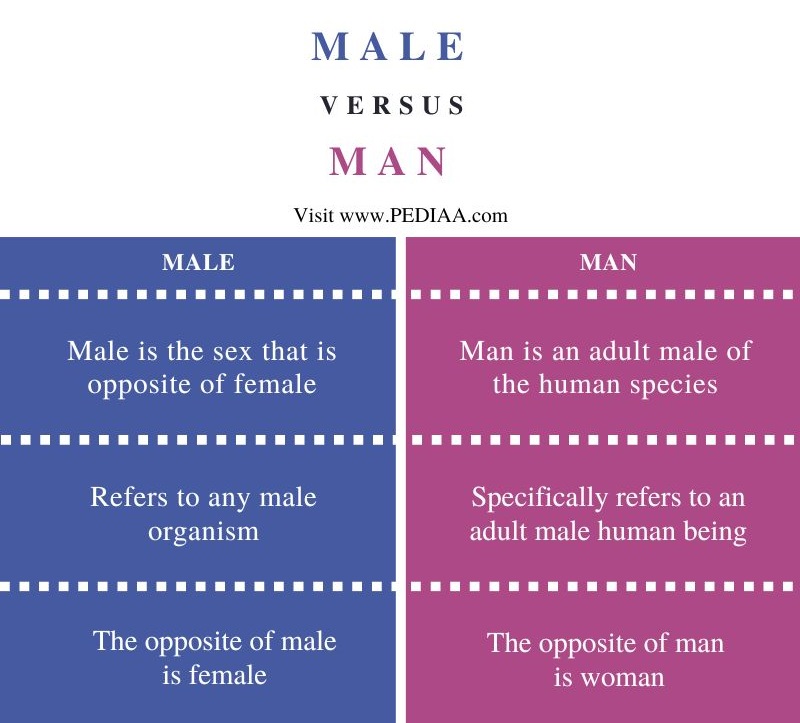 What Does Male Mean

Male is a word that indicates the sex of animals and humans. It’s the opposite of female. Male organisms cannot sexually reproduce without access to at least one ovum from a female. Moreover, male mammals have a Y chromosome, which results in the production of testosterone to develop male reproductive organs. Furthermore, humans use the two terms male and female to discuss gender, which denotes the social and cultural differences between females and males. For example, the word male includes male animals, male voice, male reproduction, male population, etc. 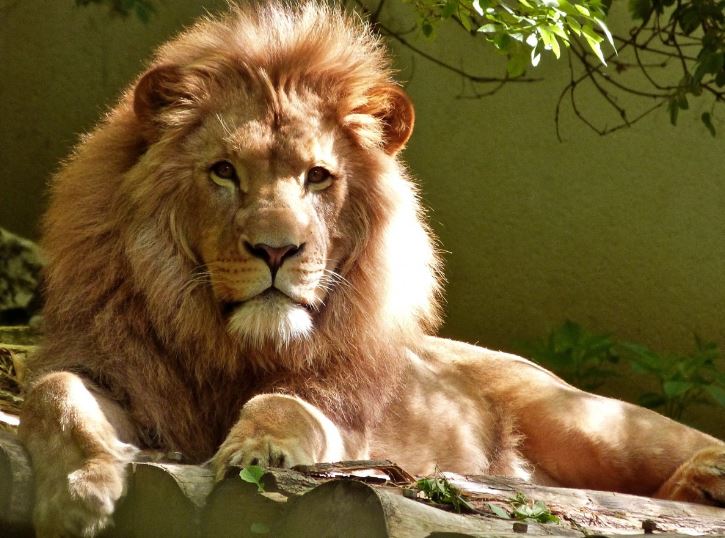 The following example sentences will help you to understand the meaning and usage of this word more clearly.

A large male elephant roamed the village at night.

The construction industry is largely male-dominated.

It was difficult to identify whether it was a male or female.

Male lions are larger than female lions and have a big mane of hair around the neck.

The adult male population of the country was more susceptible to the disease.

All male animals of the herd were taken to a slaughterhouse.

What Does Man Mean

The word man refers to a male of the human species. In other words, a man is an adult male human being. The opposite word of man is woman. Moreover, the plural form of man is men. Also, it’s important to notice that we don’t use this word to refer to other male animals. It’s specifically reserved for male human beings. A younger male is known as a boy.

Moreover, biologically, men differ from women by their reproductive systems, which include organs like testicles, penis, sperm duct, prostate gland, and epididymis. Besides, traditionally, certain characteristics or personality traits, like strength, courage, bravery, independence, and leadership, are associated with men and masculinity. 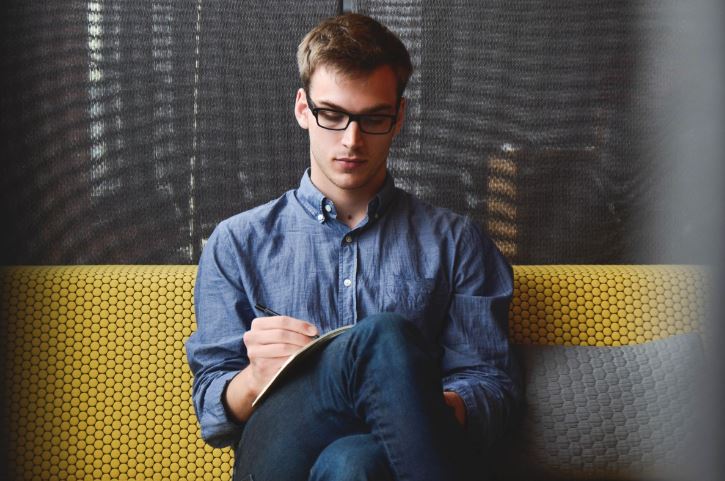 It’s a man’s duty to provide for his family.

He was a very wealthy man, but he preferred to go everywhere by his motorbike.

She spotted a bold man staring at the children playing.

A young man ran to the burning house and came back with a box full of books.

I couldn’t understand why a grown man was acting like a little boy.

An old man with grey hair and a wrinkled face was sitting on the playground bench.

Difference Between Male and Man

Male is the sex that is opposite of female, while man is an adult male of the human species.

Usage of the Word

Male refers to any male organism, whereas man specifically refers to an adult male human being.