The main difference between mannose and glucose is that mannose is important in glycoprotein biosynthesis whereas glucose is the most important source of energy in living organisms.

Mannose and glucose are two monosaccharide sugars important in metabolism. Both glucose and mannose circulate in the bloodstream.

Mannose is a sugar monomer, an aldohexose. It is also a C-2 epimer of glucose. More importantly, the main function of the mannose is to help in the glycosylation of proteins. Generally, the mannose from the glycoprotein biosynthesis comes from extracellular mannose. The dietary mannose circulates throughout the body through the bloodstream. Significantly, glycoprotein biosynthesis occurs in the liver. Mannose is present in numerous glycoconjugates including N-linked glycosylation of proteins. 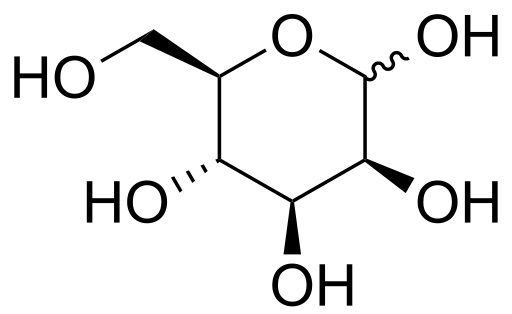 Glucose is the simplest and the most common form of monosaccharide in both plants and animals. All living organisms use glucose as the main energy source of their cellular respiration. However, plants undergo photosynthesis to produce glucose. They store excess glucose in the form of starch and amylopectin. Plants produce one of the major structural polysaccharides, cellulose, by using glucose as the monomer. But, heterotrophs, such as animals use the glucose produced by plants. In addition, animals store glucose as glycogen. Usually, glucose circulates throughout the body in the form of blood sugar. 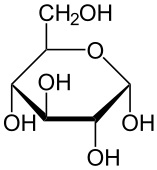 Moreover, glucose in nature occurs in two forms of stereoisomers: D-glucose and L-glucose, which are enantiomers of each other. D-glucose or dextrose is the major form in nature, while L-glucose occurs desultory. Glucose occurs in two forms of structural isomers: open-chain form and cyclic form. The latter is the result of an intramolecular reaction between the aldehyde C atom and C-5 hydroxyl group to form an intramolecular hemiacetal. Generally, in a solution, the cyclic form is the predominant structure of glucose.

Similarities Between Mannose and Glucose

Difference Between Mannose and Glucose

Mannose is a C-2 epimer of glucose while glucose is a hexose sugar.

Furthermore, mannose is abundant in the bloodstream while glucose is the most abundant monosaccharide.

Mannose is important in glycoprotein metabolism while glucose is the main energy source of animals.

Mannose is not an essential nutrient and it can be produced in the body from glucose while glucose is produced by plants in photosynthesis.