In brief, both, marsh and swamp are two types of wetlands that occur near large lakes and rivers. Also, both have slow-moving water which helps the growth of different types of plants. 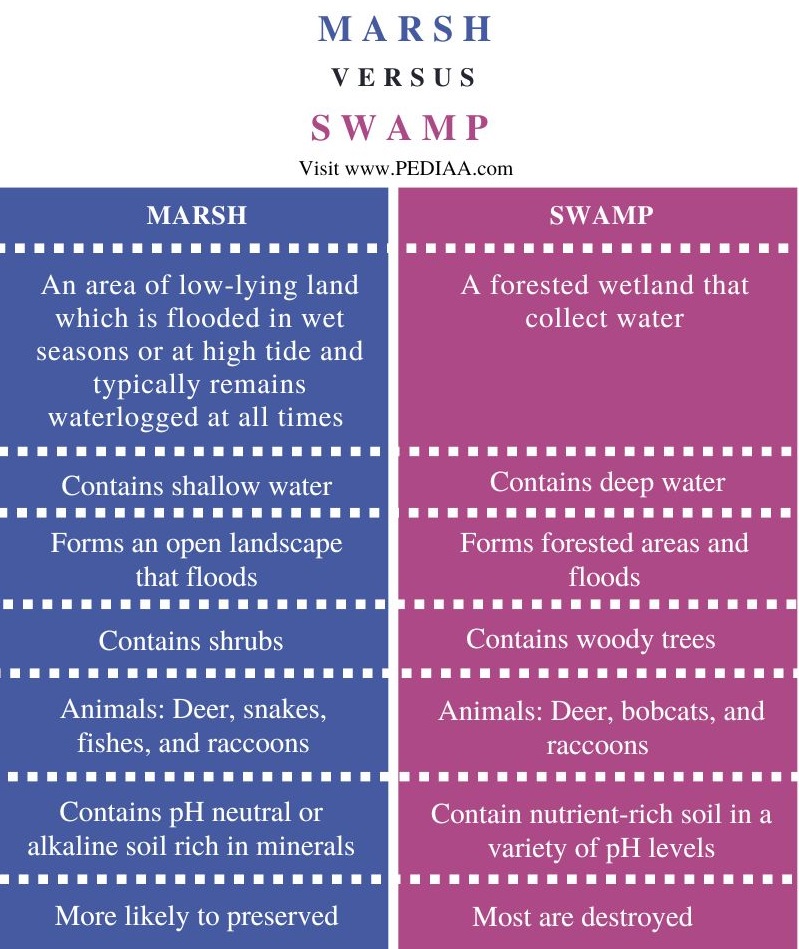 Marsh is a type of wetland that contains shallow water. Also, it is dominant in herbaceous plants rather than woody plants. Generally, grasses, rushes, and reeds occur in marshes. Furthermore, location-wise, marshes occur on the edges of lakes and streams, allowing the transition between aquatic and terrestrial ecosystems. Thus, marsh contains rich soil in minerals that are waterlogged.

Swamp is a wetland with deep water. Also, the soil of swamps is more nutrient-rich. Because of this, it contains wood plants. In general, these forested wetlands transit land and water, thus creating an environment. Moreover, depending on the types of trees in swamps, there are three types of swaps: hardwood swamps, cedar swamps, and cypress swamps. 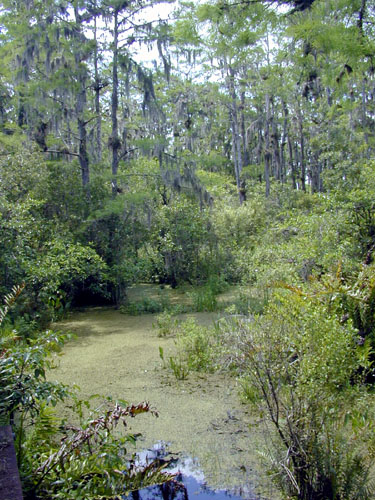 Similarities Between Marsh and Swamp

Difference Between Marsh and Swamp

Marsh refers to an area of low-lying land that becomes flooded in wet seasons or at high tide and typically remains waterlogged at all times. Whereas, swamp refers to a forested wetland that collects and retains water.

Generally, marshes are more likely to be preserved while most swamps are destroyed.

In conclusion, marsh and swamps are wetlands that contain water in the land. Also, both are habitats for animals and hence, are rich in biodiversity. But, the marsh contains shallow water while the swamp contains deep water. Moreover, marshes contain shrubs and swamps contain woody trees. However, the main difference between marsh and swamp is their water depth.