Home » Public » People » What is the Difference Between Matrilineal and Matriarchal 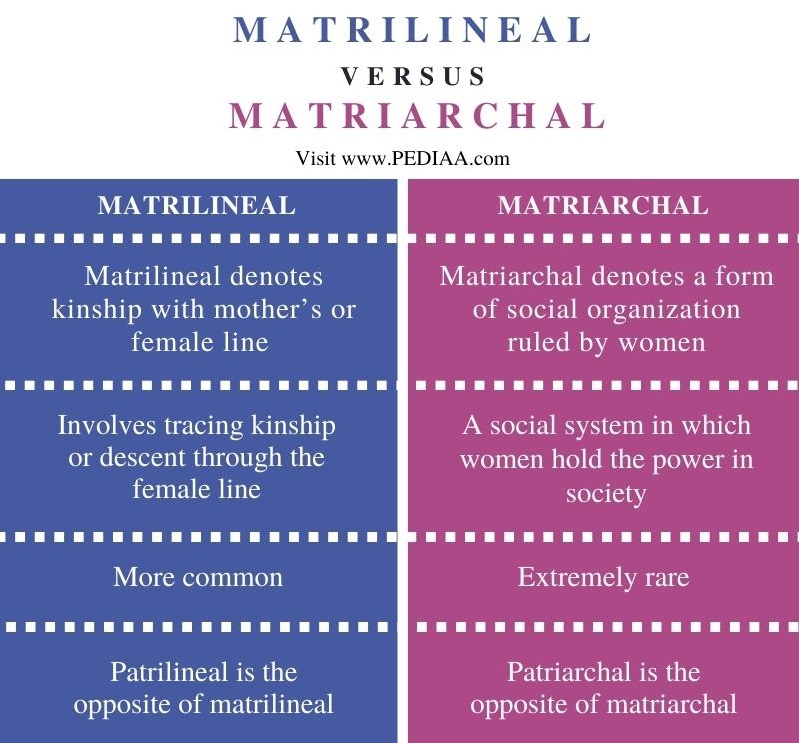 What Does Matrilineal Mean 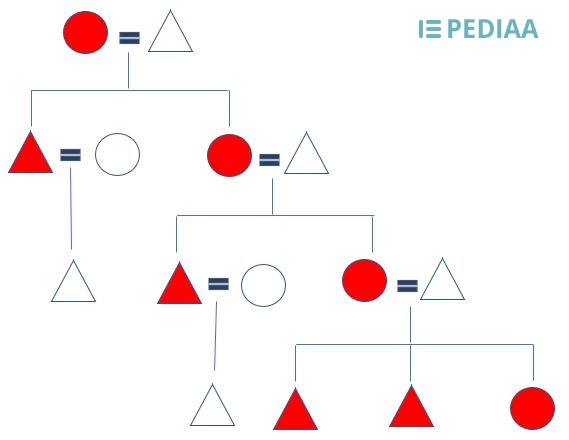 Triangles represent the males while circles represent the females in the above chart. Moreover, red triangles indicate individuals who are the patrilineal descents of a common ancestor. You will also notice that patrilineage includes both females and males, but only female links help to trace successive generations.

What Does Matriarchal Mean

The term matriarchal denotes a form of social organization in which a woman is the head. Matriarchy is a social system in which women hold the main power positions in roles of political leadership, social privilege, moral authority, and control of the property. In other words, in a matriarchal society, the power lies with women. The word matriarchy comes from the Greek words matēr (mother) and archein (to rule).

Matriarchy is the opposite of patriarchy, where men hold all the powerful positions in society. Patriarchy is far more common in societies than the patriarchy. It’s also important to know that non-patriarchies are not essentially matriarchies. Absolute matriarchies were and are extremely rare. The concept of matriarchy is seen in the legends of the Amazonian women, the Cham of central Vietnam, the Germanic tribe of the Sitonians, and stories of the queen-priestess of Minoan Crete. But there is no conclusive evidence to prove their existence. 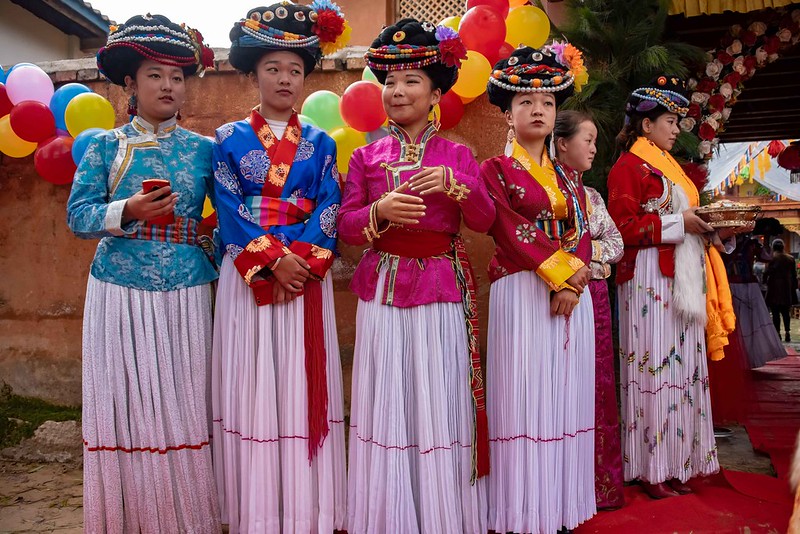 Many anthropologists classify the Mosuo tribe of China as a matriarchal society. This is a matrilineal society that does have some characteristics of a matriarchal society. In this society, women act as the head of the household, they make business decisions, and the property is passed down through the female line; however, we cannot describe it as a complete matriarchy.

Difference Between Matrilineal and Matriarchal

Matrilineal denotes kinship with mother’s or female line while matriarchal denotes a form of social organization ruled by women.

Matrilineality involves tracing kinship or descent through the female line, while matriarchy is a social system in which women hold the power in society.

The main difference between matrilineal and matriarchal is that matrilineal denotes kinship with mother’s or female line while matriarchal denotes a form of social organization ruled by women. Furthermore, matrilineality is more common in societies than in matriarchy. In addition, absolute mariachis are almost non-existent.