The main difference between monocot and dicot root is that monocot root is fibrous, consists of a wide network of thin roots that originate from the stem, and stay close to the soil surface. In contrast, a dicot root is a taproot having a single, thick root that grows deep into the soil and small lateral branches.

Monocot and dicot roots are the two systems of plants that are primarily underground, taking water and nutrients into the plant body. The root also provides anchorage to the plant. 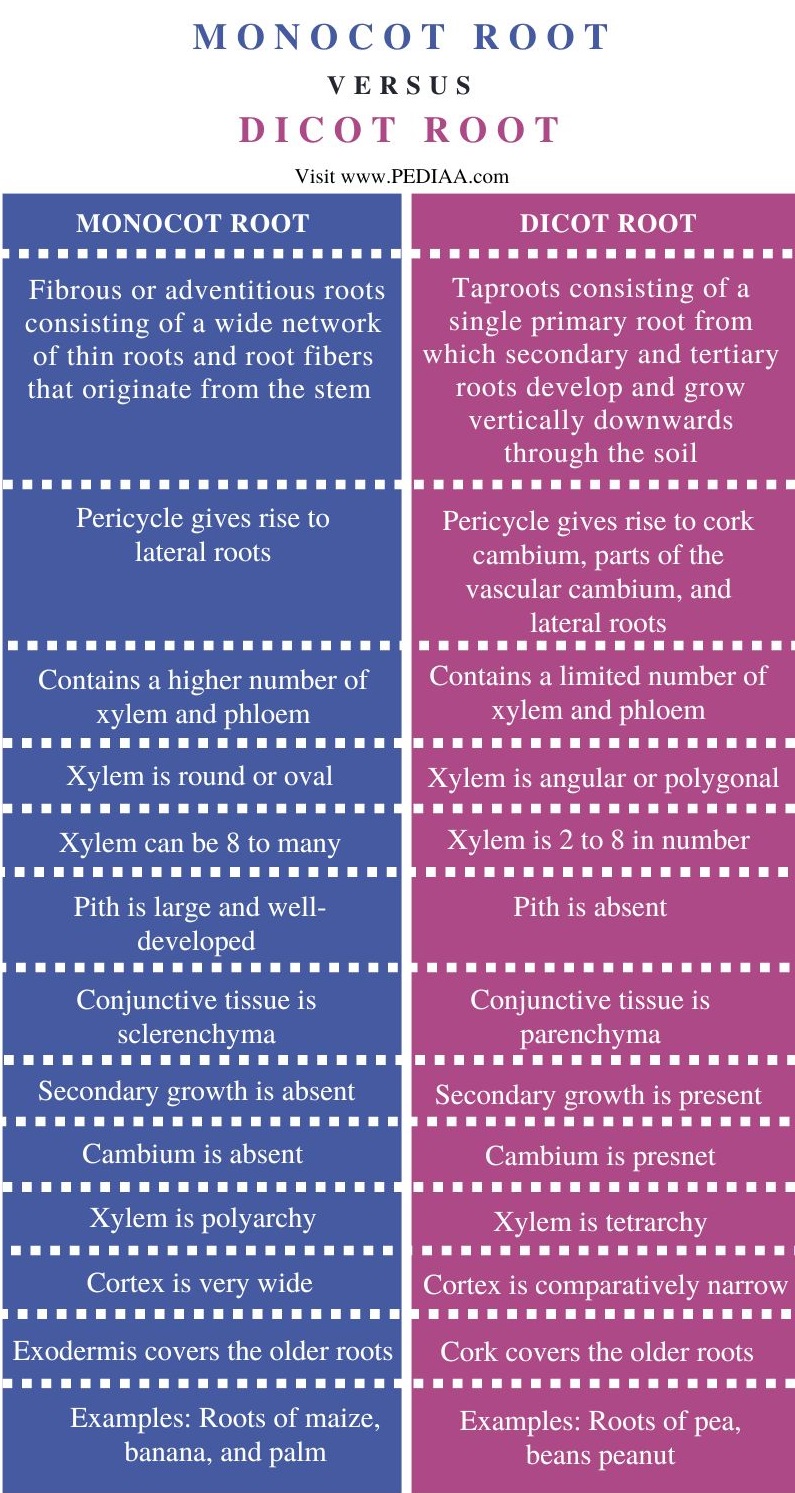 What is Monocot Root 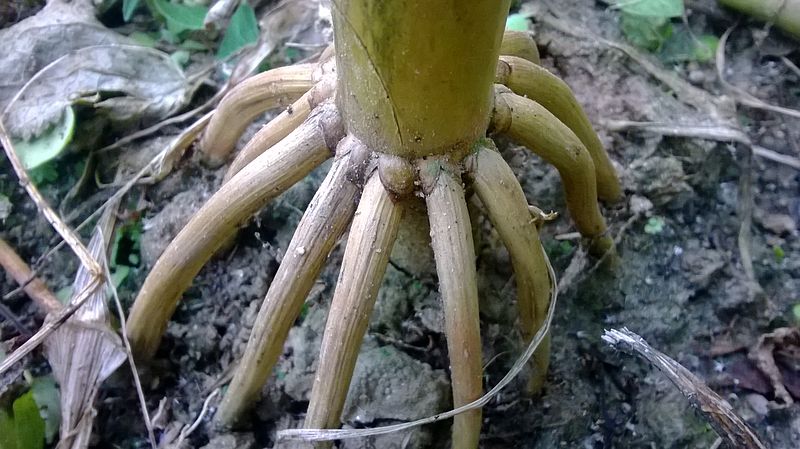 Furthermore, the endodermis separates the cortex from the stele, the central part of the root. In addition, the xylem and phloem develop in the stele. The pericycle is the outermost layer of the stele. Generally, the pericycle divides and gives rise to lateral roots. Pith occurs in the central part of the monocot root. In monocot roots, the vascular bundle occurs in circular patterns.

What is Dicot Root

Dicot root is the taproot. The vascular bundle of the dicot root occurs in the middle of the root, surrounding the vascular cambium. In general, the two types of vascular tissue in the plant root are the xylem and phloem. The main function of the xylem is to absorb and carry water from the root to the leaves. On the other hand, phloem carries sugars, organic compounds, and other substances from leaves to stems and roots. Similarities Between Monocot and Dicot Root

Difference Between Monocot and Dicot Root

Generally, the monocot xylem is round or oval while the dicot xylem is angular or polygonal.

Number of Xylem and Phloem

Moreover, monocot xylem can be 8 to many in number while dicot xylem is 2 to 8 in number.

The xylem is polyarchy in monocot root while the xylem is tetrarchy in dicot xylem.

The cortex is very wide in the monocot root while the cortex is comparatively narrow in the dicot root.

In brief, the monocot root is the fibrous root. It consists of a wide network of thin roots and root fibers that originate from the stem. The dicot root, on the other hand, is the taproots, which consists of a single primary root from which secondary and tertiary roots develop and grow vertically downwards through the soil.  Therefore, the main difference between monocot and dicot roots is their structure.