Home » Science » Biology » What is the Difference Between Mycotoxins and Aflatoxins

So, briefly, both mycotoxins and aflatoxins are two types of toxins in fungi. Moreover, they are secondary metabolites of fungi. And importantly, they cause diseases in humans and animals. 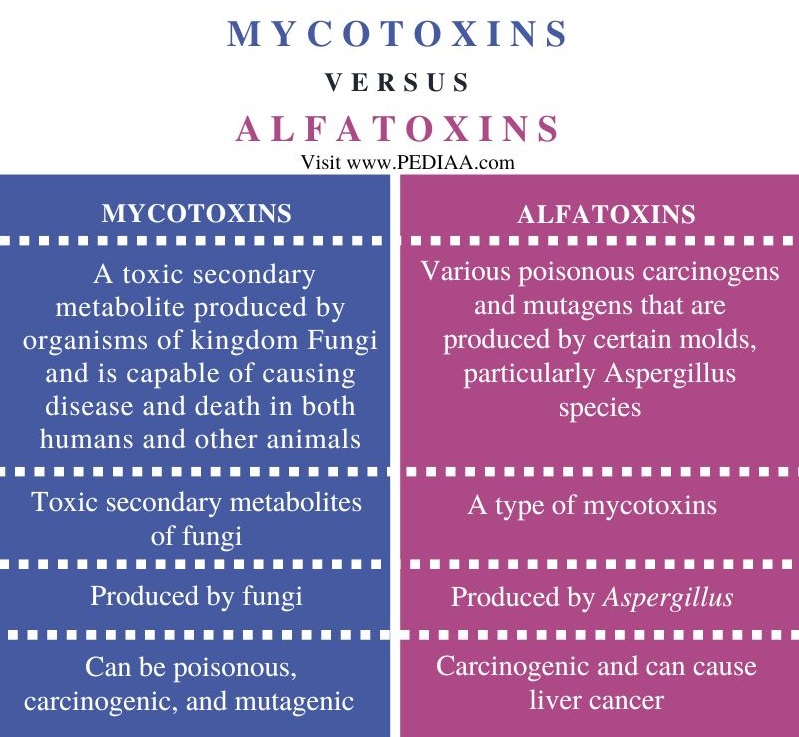 Mycotoxins are secondary metabolites of the kingdom of Fungi. They are toxic to humans and animals and can cause diseases and death. Aflatoxin, citrinin, fumonisins, ochratoxin A, patulin, trichothecenes, zearalenone, and ergot alkaloids such as ergotamine are examples of such disease-causing mycotoxins. Furthermore, one mold species may produce many different mycotoxins, and several species may produce the same mycotoxin. 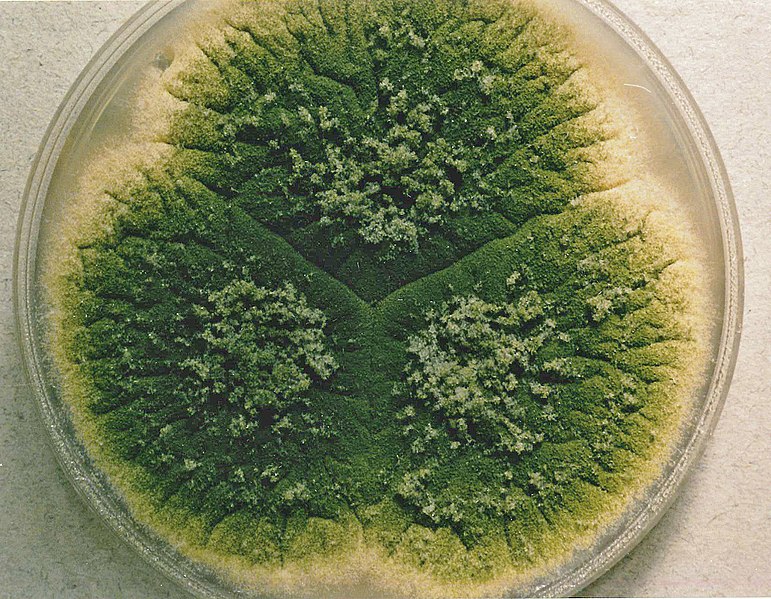 Most fungi are aerobic and therefore, they use oxygen as the final electron acceptor during cellular respiration. They occur almost everywhere in extremely small quantities due to the minute size of their spores. Also, under normal conditions such as humidity and temperature, they consume organic matter for their cellular respiration. Moreover, they proliferate under the right conditions and form colonies, increasing the production of mycotoxins. However, mycotoxins are secondary metabolites and they are not necessary for the growth of the fungi. But, mycotoxins weaken the receiving host. In addition, the production of toxins depends on the surrounding intrinsic and extrinsic environments, and these substances vary greatly in their toxicity, depending on the organism infected and its susceptibility, metabolism, and defense mechanisms.

Aflatoxins are a type of mycotoxin produced by Aspergillus species of fungi, such as A. flavus and A. parasiticus. Aspergillus is a fungus that grows in soil, decaying vegetation, and various staple foodstuffs and commodities such as hay, sweetcorn, wheat, millet, sorghum, cassava, rice, chili peppers, cottonseed, peanuts, tree nuts, sesame seeds, sunflower seeds, and various spices. In short, this fungus can grow on almost any crop or food. When contaminated food is consumed, the aflatoxins enter the body through the gastrointestinal tract. Moreover, the animals that eat this contaminated food can pass aflatoxin transformation products into eggs, milk products, and meat. 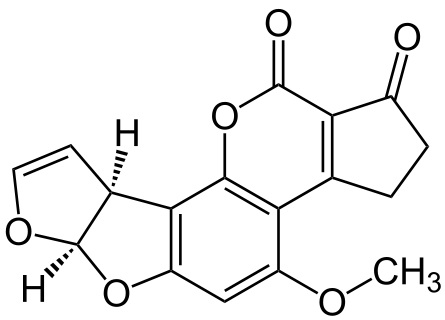 Aflatoxins are very poisonous, and carcinogenic, and they are mutagens that cause DNA damage. In addition, there are four types of aflatoxins: aflatoxin B1, B2, G1, and G2. Here, the most toxic aflatoxin is the aflatoxin B1. Usually, it is a carcinogen and can generate adverse effects such as liver cancer.

Similarities Between Mycotoxins and Aflatoxins

Difference Between Mycotoxins and Aflatoxins

Mycotoxins refer to a toxic secondary metabolite produced by organisms of the kingdom Fungi and is capable of causing disease and death in both humans and other animals while aflatoxins refer to various poisonous carcinogens and mutagens that are produced by certain molds, particularly Aspergillus species.

Usually, mycotoxins are toxic secondary metabolites of fungi while aflatoxins are a type of mycotoxins.

Mycotoxins can be poisonous, carcinogenic, and mutagenic while aflatoxins are carcinogenic and can cause liver cancer.