In general, Mucor and Aspergillus are two fungal genera in two separate fungal divisions. A fungus is a eukaryotic organism that has a chitin cell wall. Moreover, in ecological systems, fungi are the principal decomposers. However, some fungi can cause infectious diseases in humans and other animals. 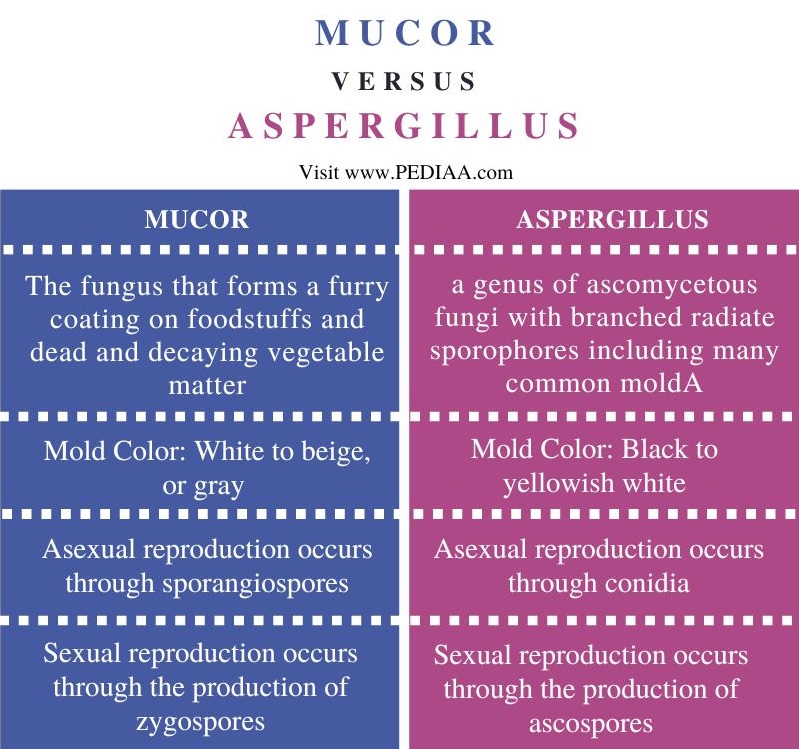 Mucor is a genus of fungi that forms a furry coating on food items and dead and decaying vegetable matter. This genus contains around 40 species of molds. The common habitats of Mucor are soil, plant surfaces, digestive systems, some cheese, rotten vegetable matter, etc. The mucor is also fast-growing. In a culture medium, the colonies of Mucor can grow up to a few centimeters. Moreover, the color of the colonies of the fungus is white to beige, or gray. But, older colonies at the point of sporangia formation are dark gray to brown in color due to the production of spores. 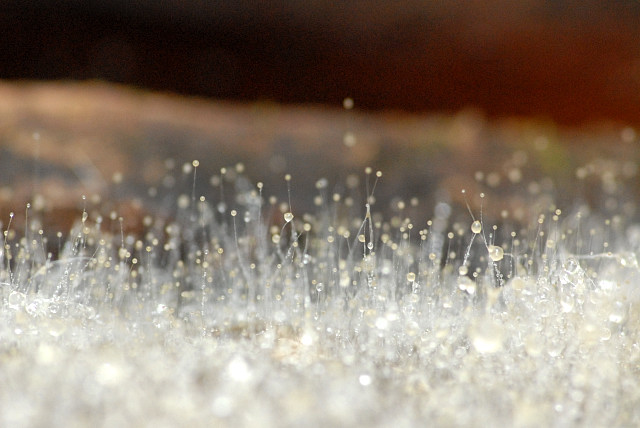 Furthermore, Mucor molds have round, usually cylindrical or pear-shaped sporangia not clustered and not limited in location to the points. Besides, Mucor hyphae can be simple or branched. Moreover, the sporangia of Mucor consist of well-developed, subtending columellae. After the dispersal of zygospores, a conspicuous collarette can be identified at the base of the columella.

Aspergillus is a genus of ascomycetous fungi with branched radiate sporophores including many common molds. It contains seven subgenera and about 250 species. Furthermore, the main characteristic of Aspergillus is the asexual spore-forming structure. Aspergillus is a saprophyte that grows on decaying vegetation. In addition to that, this fungus can grow in high osmotic pressure conditions, such as high concentrations of sugar and salt. 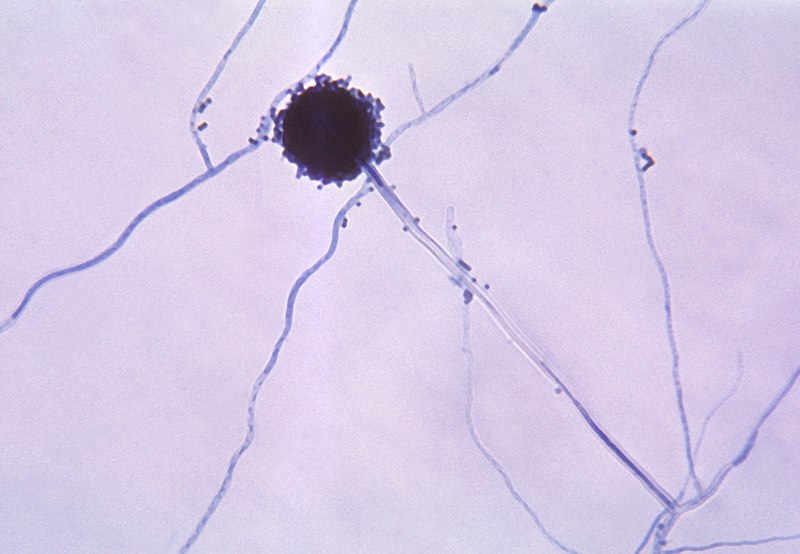 Moreover, Aspergillus contains branched, radiate sporophores. It is also one of the best-known and well-studied mold groups. The asexual spore-forming structure of Aspergillus or the conidiophore is called the aspergillum, which is a cylindrical structure. However, only one-third of the Aspergillus species undergo sexual reproduction.

Similarities Between Mucor and Aspergillus

Difference Between Mucor and Aspergillus

Mucor refers to a fungus that forms a furry coating on food items and dead and decaying vegetable matter, while Aspergillus refers to a genus of ascomycetous fungi with branched, radiate sporophores and includes many common molds.

Usually, Mucor has a mold with white to beige, or gray in color while Aspergillus mold is black and whitish-yellow in color.

In brief, Mucor is a furry, whitish fungus that grows on decaying foodstuffs. Its main reproduction method is asexual reproduction. Aspergillus, on the other hand, is mainly an asexual fungus with black to yellowish in color. However, Mucor belongs to the division Mucoromycota whereas Aspergillus is a genus of the division Ascomycota. Therefore, the main difference between Mucor and Aspergillus is their classification.