The main difference between obliged and obligated is that obligated coveys a legal sense of binding to do something while obliged conveys a sense of doing something without expecting any reward in return and also the sense of being grateful or indebted.

Both obliged and obligated have similar meanings that concern required actions, but have to use them in specific contexts for correct usage. 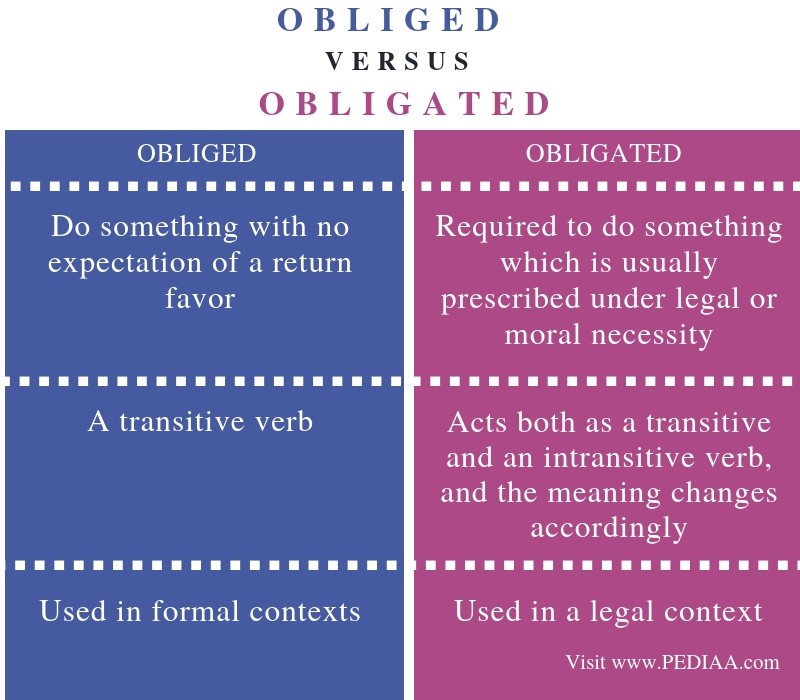 What Does Obliged Mean

Oblige acts both as a transitive as well as an intransitive verb. To oblige (transitive form) means to restrict something by external force or circumstance, and the intransitive form of oblige means to take action as a favor without a reward or to do as someone asks or desires in order to help or please them.

Hence, when someone is obliged, it means that a person is required to do something and it is a choice where he can also choose not to do that task. Moreover, to be obliged (to someone) means to be thankful or to be indebted to some favor done on behalf. 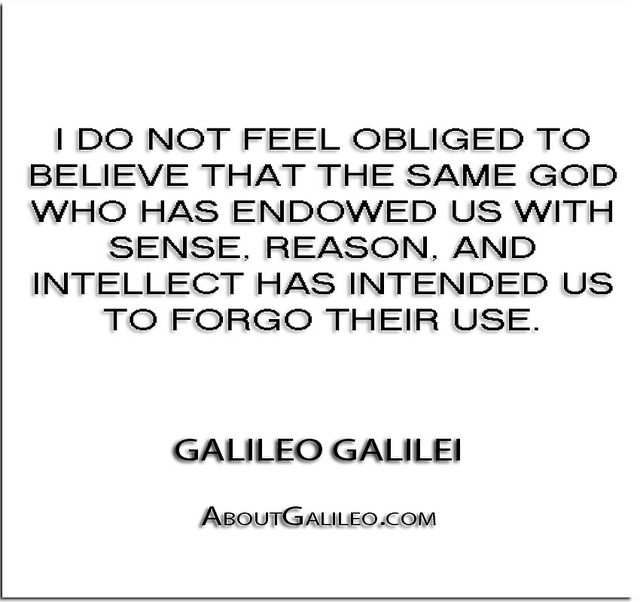 Examples when obliged is used to mean doing something without expecting any reward in return are:

• You are obliged to send a thank you card to her.
• As a physician, he is obliged to keep patients alive when there is a chance of recovery.

Examples when obliged (to be obliged to someone) is used to mean to be grateful or thankful for the favor rendered are:

• I am much obliged if you could enlighten me with the specific details.
• She was obliged to the guide when he offered her extra tips to her next journey as well.

Moreover, obliged is mostly used in this context to mean to be grateful and thankful.

What Does Obligated Mean

Obligated is the past form of the verb to obligate, and its noun is obligation. Obligate means to compel someone or require or compel to undertake a legal or moral duty. Hence, obligate means to force someone to do something, which conveys a strong legal affiliation to the engagement of that specific task. 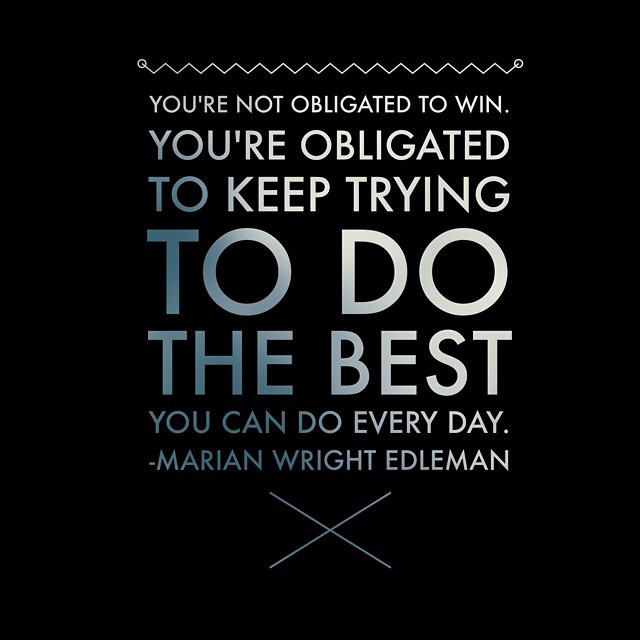 Hence, obligated means required to do something, especially when prescribed by a legal or moral necessity. Thus, when someone is obligated with some task, that person is bound to do it accordingly and it is with serious repercussion if he is to back out of it.

• The officials are obligated to submit the report within this week.
• The company was obligated to pay the customers a compensation to their product errors according to the verdict.
• You should never ignore your obligated responsibilities.

Moreover, usually, the noun form of obligate, obligation is used on the place of obliged.

Similarities Between Obliged and Obligated

Difference Between Obliged and Obligated

Obligated means required to do something which is usually prescribed under legal or moral necessity whereas obliged means to do something with no expectation of a return favor. Thus, this is the main difference between Obliged and Obligated.

Obligated is used in legal context to mean someone is required by law to do something, and therefore it is mandatory whereas obliged is mostly used in formal contexts such asin formal letter writing and other documents. Hence, this is another difference between Obliged and Obligated.

Obliged and obligated are two words that have similar meanings. Therefore, one should use them correctly according to their suitable contexts. The main difference between Obliged and Obligated is that obligated coveys a legal sense of binding to do something while obliged conveys a sense of being grateful or indebted and doing something without expecting any reward in return.

1.“Simply do your best…  #win #liveyourlife#theloverevolution#love#musclemoor#nothingisimpossible#motivation# qotd#quote#positivity” By Raphael Love  (CC BY 2.0) via Flickr
2/ “”I do not feel obliged to believe that the same God who has endowed us with sense, reason, and intellect has intended us to forgo their use.” – Galileo Galilei” by QuotesEverlasting  (CC BY 2.0) via Flickr