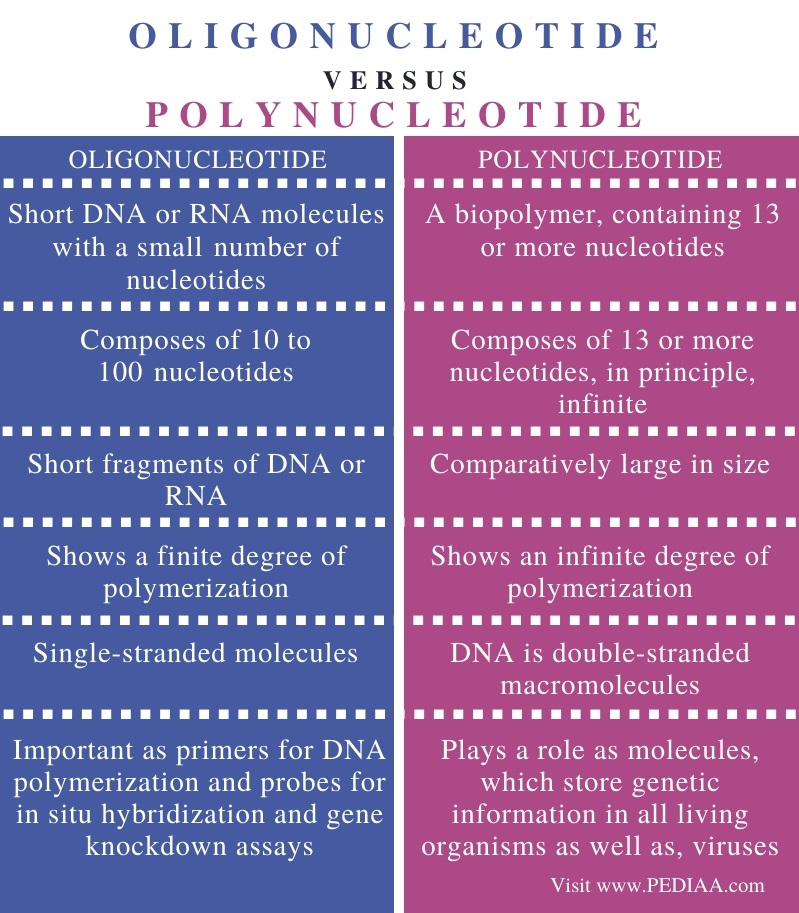 What is an Oligonucleotide 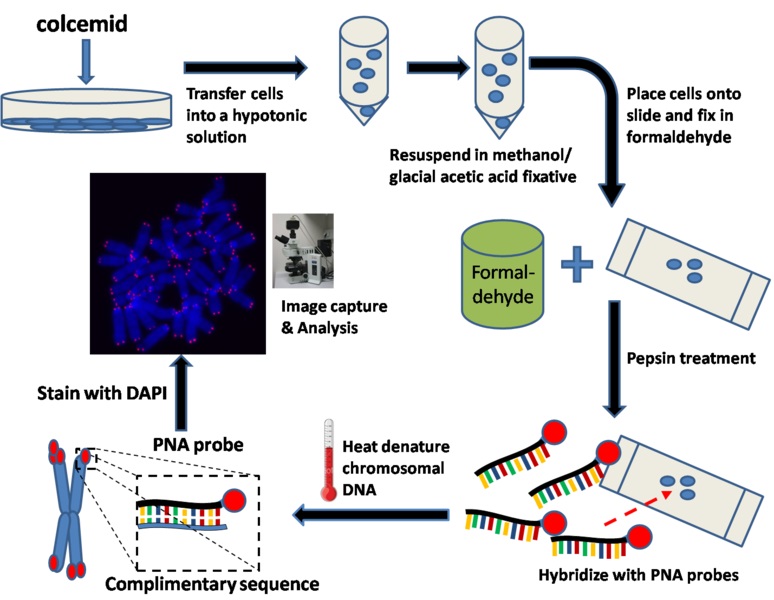 Furthermore, oligonucleotides are important in genetic testing, research, and forensics. Importantly, they play a key role in artificial gene synthesis by solid-phase chemical synthesis, as primers in DNA replication, PCR, and DNA sequencing, and as molecular probes in in-situ hybridization and gene knockdown assays. Here, oligonucleotides are an indispensable element in antisense therapy, which uses gene knockdown assays.

What is a Polynucleotide

Furthermore, there are three main types of RNA molecules; they are the mRNA, tRNA, and rRNA. These are single-stranded molecules, which can often form secondary structures through complementary base pairing. 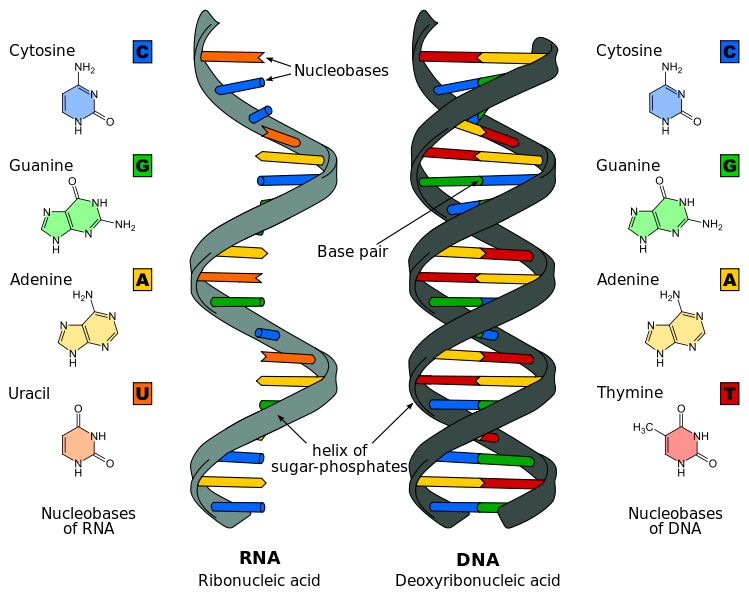 Moreover, DNA is the universal macromolecule which stores genetic information in all living organisms, in both eukaryotes and prokaryotes. Meanwhile, all three types of RNAs take part in protein synthesis. Basically, the mRNA is the resultant of transcription of protein-coding genes, transporting information for the synthesis of a particular protein from the nucleus to the cytoplasm. In here, both tRNA and rRNA are important in facilitating translation. Typically, tRNA carries corresponding nucleotides to ribosomes where translation occurs. And, the rRNA and its associated proteins make up ribosomes, decoding codons on mRNA. Furthermore, the RNA serves as genetic material in RNA viruses.

Similarities Between Oligonucleotide and Polynucleotide

Difference Between Oligonucleotide and Polynucleotide

Furthermore, oligonucleotides are important as primers for DNA polymerization and probes for in situ hybridization and gene knockdown assays while polynucleotides play a role as molecules, which store genetic information in all living organisms as well as, viruses.