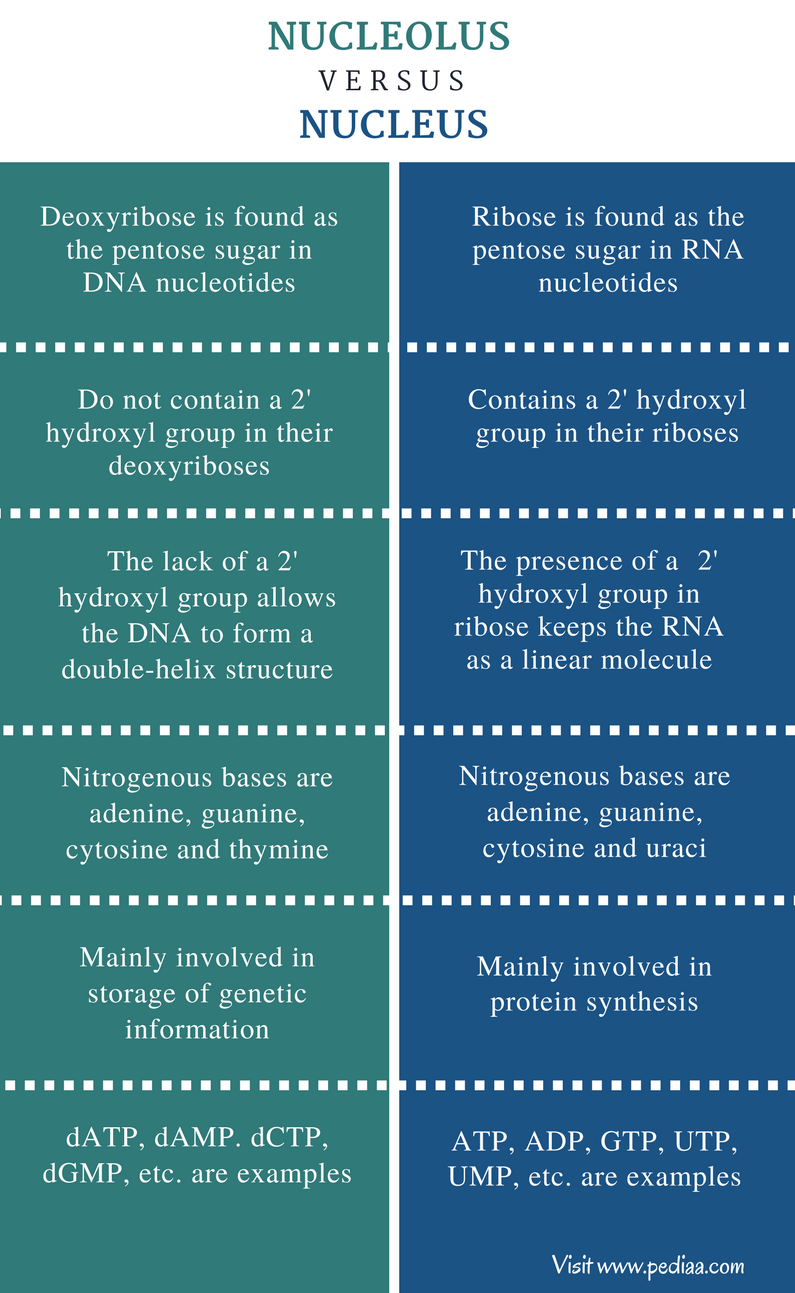 What is a DNA Nucleotide 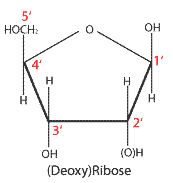 Nitrogenous bases in DNA are adenine, guanine, cytosine and thymine. Adenine and guanine are purine bases whereas cytosine and thymine are pyrimidine bases. In DNA, nucleotides are linked to form a chain and the order of the arrangement of nucleotides stores the genetic information of the cell. The sugar-phosphate backbone is formed by linking each nucleotide to the chain via phosphodiester bonds. Purine bases are base paired with pyrimidine bases in a complementary manner in order to  hold the two DNA strands together in the double-helix. Adenine pairs with thymine and guanine pairs with cytosine.

DNA consists of directionality in each of the two chains. One chain in the double-stranded structure bears a 3′ to 5′ directionality, while the other chain bears a 5′ to 3′ directionality. Lack of a hydroxyl group at its 2′ carbon in deoxyribose promotes the mechanical flexibility of DNA by forming the double-helix structure. DNA double-helix is also allowed to coil tightly in order to pack inside the nucleus in eukaryotes.

What is a RNA Nucleotide

A RNA nucleotide is the monomer nucleotide found in RNA molecules. It contains ribose as the pentose monosaccharide, which is attached to a nitrogenous base at its 1′ carbon and a phosphate group at its 5′ carbon. Ribose contains two enantiomers: D-ribose and L-ribose. D-ribose is found in RNA. The main difference between ribose and deoxyribose is the 2′ hydroxyl group, which is borne by ribose. This 2′ hydroxyl group performs many roles in RNA. Nitrogenous bases in RNA are adenine, guanine, cytosine and uracil. The pyrimidine base, uracil replaces thymine in RNA. Hence, adenine pairs with uracil, rather than with thymine. RNA nucleotides are linked together to form the chain of nucleotides as in DNA. Since RNA is a linear molecule, the nucleotide chain only exists in its 5′ to 3′ direction. Chemical structure of RNA is shown in figure 3. 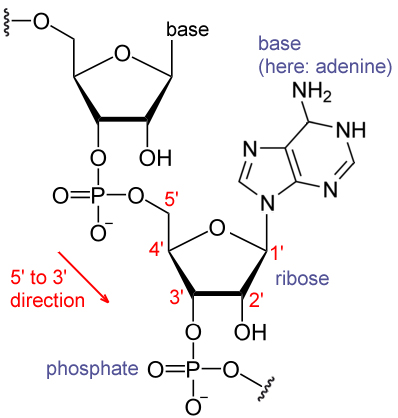 RNA is produced by transcription of DNA in the genome by the enzyme, RNA polymerase. Major types of RNA found in the cell are messenger RNA (mRNA), transfer RNA (tRNA) and ribozomal RNA (rRNA). mRNAs are the transcripts of genes. They are translated at ribosomes, which are formed by rRNAs. The relevant amino acids for the synthesis of the polypeptide are brought by tRNAs. Therefore, the main function of RNA is their role in protein synthesis. Some RNAs are also involved in the regulation of gene expression. Other than that, RNA nucleotides like ATP and NADH serve as the main source of chemical energy for biochemical reactions in the cell. cGMP and cAMP also serve as second messengers in signal transduction pathways.

Difference Between DNA and RNA Nucleotides

DNA Nucleotides: Deoxyribose is found as the pentose sugar in DNA nucleotides.

RNA Nucleotides: Ribose is found as the pentose sugar in RNA nucleotides.

Role of the 2′ Hydroxyl Group

DNA Nucleotides: The lack of a 2′ hydroxyl group allows the DNA to form a double-helix structure.

RNA Nucleotides: RNA nucleotides are mainly involved in protein synthesis. They also have a role as energy sources and second messengers in signal transduction pathways.