The main difference between osteons and osteocytes is that osteons, or the Haversian systems, are the fundamental structural units of many compact bones. On the other hand, osteocytes are the type of bone cells, including osteoblasts. Furthermore, osteons consist of central canals called the osteonic (Haversian) canal surrounded by concentric rings (lamellae) of the matrix, while osteocytes occur in spaces called lacunae between the rings of the matrix. Moreover, blood vessels and nerve fibers run through the Haversian canal, while osteocytes are responsible for bone remodeling and renewal.

Osteons and osteocytes are two components of a compact bone, which is the dense material, creating much of the hard structures of the skeleton. Also, both play a key role in bone metabolism. 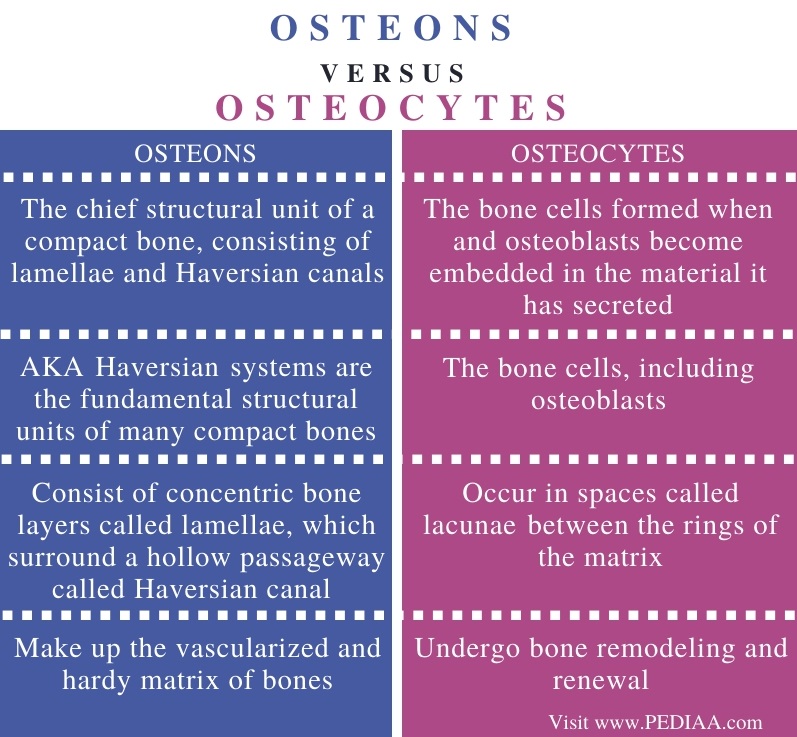 Osteons or Haversian systems are the basic structural units of compact bones of many mammals, birds, reptiles, and amphibians. Generally, they are roughly cylindrical structures with a diameter of 0.25 to 0.35 mm. Also, their length can vary from several millimeters to 1 cm. Besides, the two main components of an osteon are the lamellae and the Haversian canal. Of these, lamellae are the concentric layers that surround a Haversian canal. Additionally, blood vessels and nerves run through the Haversian canal. Besides, each Haversian canal contains around 5-20 lamellae. 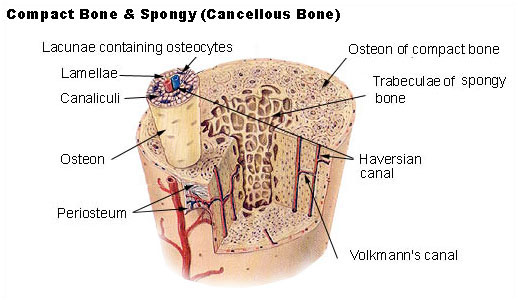 Furthermore, the bone cells, such as osteoclasts and osteoblasts, occur in the spaces between the rings of the matrix. And, these spaces are known as lacunae.  Canaliculi are the small channels that radiate from the lacunae to the Haversian canal. Ultimately, the Haversian systems pack tightly together, appearing as a solid mass.

Osteocytes are the bone cells that occur inside lacunae. More often, they occur in mature bones. Usually, the adult human body contains around 42 billion of bone cells. And, these cells develop from the osteoprogenitor cells that differentiate into active osteoblasts. Simply, osteocytes are the trapped osteoblasts inside the matrix secreted by themselves. Also, they do not undergo cell division. 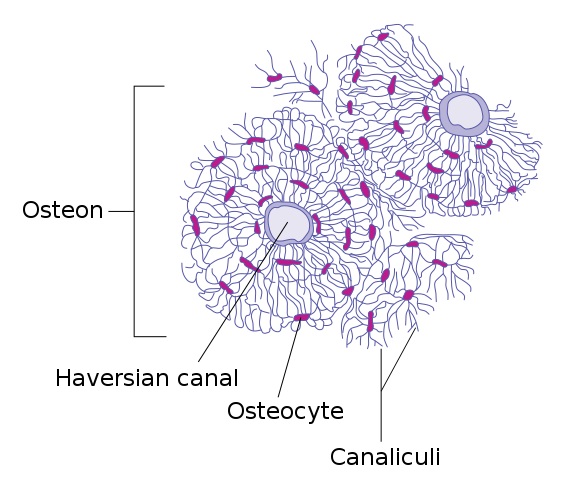 Moreover, the main function of osteocytes is to undergo bone remodeling and renewal. Typically, the two opposite processes of bone remodeling are bone formation and bone resorption. Here, osteoblasts are the type of bone cells responsible for bone formation and mineralization. Normally, they secrete the collagen matrix and the calcium salts of a bone. When osteoblasts are trapped inside the bone by calcification, they transform into the more mature type of bone cells called osteocytes. Osteoclasts are the type of cells that develop from either monocytes or macrophages. Also, they are responsible for the breakdown of bones in response to the calcium requirements of the body.

Similarities Between Osteons and Osteocytes

Difference Between Osteons and Osteocytes

Osteons refer to the chief structural unit of a compact bone, consisting of lamellae and Haversian canals. But, osteocytes refer to the bone cells formed when and osteoblasts become embedded in the material it has secreted.

Osteons or the Haversian systems are the fundamental structural units of many compact bones, while osteocytes are the bone cells, including osteoblasts.

Osteons make up the vascularized and hardy matrix of bones, while osteocytes undergo bone remodeling and renewal.

Osteons are the basic structural units of a compact bone. They consist of a central canal called the Haversian canal and surrounding lamellae, the concentric bone layers. The blood vessels run through the Haversian canal. On the other hand, osteocytes are the bone cells, including osteoblasts. They occur in the spaces known as lacunae between lamellae. Also, the main function of osteocytes is to remodel and renew bones. Therefore, in conclusion, the main difference between osteons and osteocytes is anatomy and function.