The main difference between pepsin and pepsinogen is that pepsin is the active form of a digestive enzyme, which breaks down proteins into shorter chains of amino acids whereas pepsinogen is the inactive form or the zymogen of pepsin. Furthermore, pepsin is an endopeptidase produced by the stomach while pepsinogen is activated into pepsin by the HCl in the gastric juice.

Pepsin and pepsinogen are two types of proteases present in the stomach. They are one of the main forms of digestive enzymes in the digestive system of animals including humans. 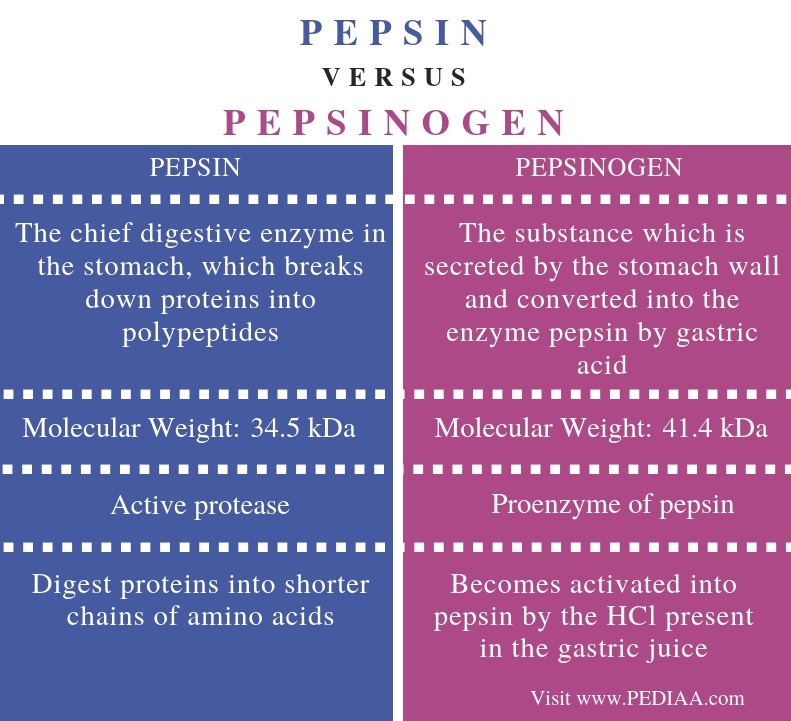 Pepsin is the principle protein-digestive enzyme present in the stomach of vertebrates. It is secreted in the form of pepsinogen, which is the inactive form of the enzyme in the stomach mucosa. It has a broad specificity to peptides and prefers those containing linkages with aromatic or carboxylic L-amino acids. Pepsin cleaves the C-terminal of the peptide bond at Phe and Leu residues and to some extent, at Glu residues. But, it does not cleave peptide bonds at Val, Ala or Gly residues. 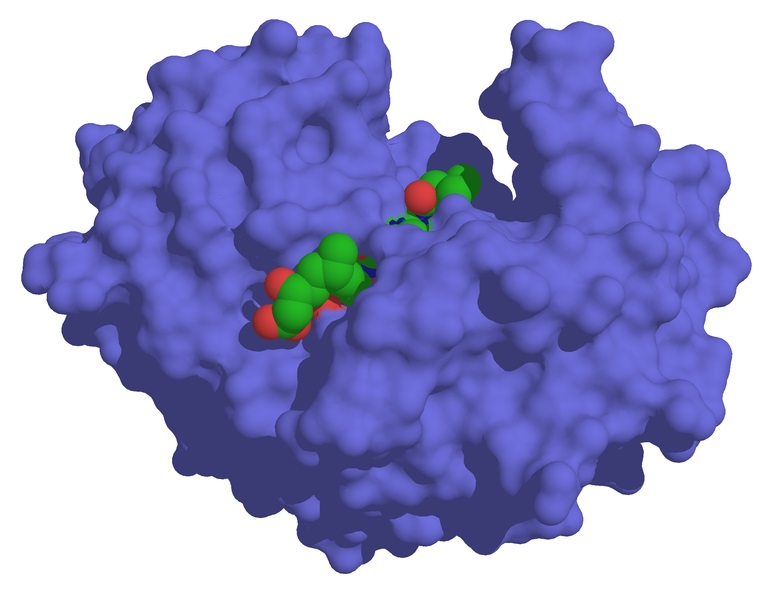 Furthermore, pepsin is a monomeric protein with two domains with a beta-barrel architecture. The active site of the enzyme contains two aspartate residues. In order to be activated, one of these aspartate residues has to be protonated while the other has to be deprotonated. This occurs between acidic pH (pH 1-5) provided by the HCl in the gastric juice. However, above pH 7, pepsin is denatured irreversibly.

Pepsin has other industrial application as well, including the digestion of antibodies, preparation of collagen for cosmeceutical purposes, assessment of digestibility of proteins in food chemistry, etc.

Pepsinogen is the proenzyme or the zymogen, which is the inactive precursor of pepsin. It is secreted by the gastric chief cells. The primary structure of pepsinogen contains an additional 44 amino acids, which has to be cleaved in order to become the active form of the enzyme. The hydrochloric acid (HCl) from the gastric juice is responsible for this cleavage. Here, the acidic environment created by HCl results in unfolding the proenzyme. Then, the additional amino acids are cleaved off in an autocatalytic fashion. 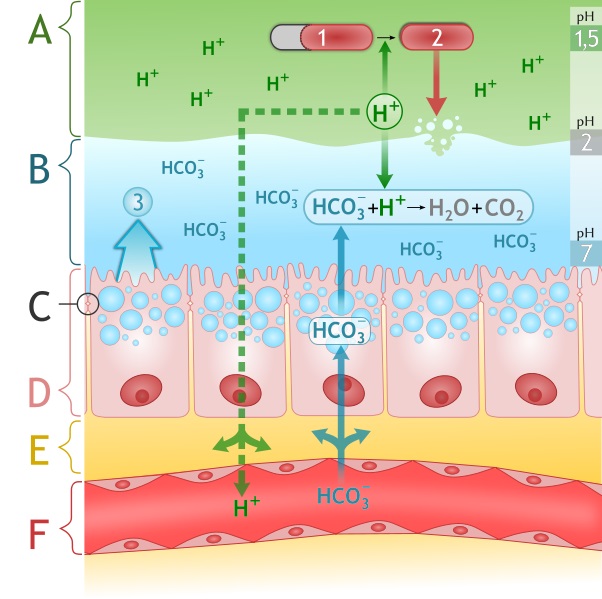 Similarities Between Pepsin and Pepsinogen

Difference Between Pepsin and Pepsinogen

Pepsin refers to the chief digestive enzyme in the stomach, which breaks down proteins into polypeptides, while pepsinogen refers to the substance which is secreted by the stomach wall and converted into the enzyme pepsin by gastric acid. Thus, this is the main difference between pepsin and pepsinogen.

Pepsin digest proteins into shorter chains of amino acids while pepsinogen becomes activated into pepsin by the HCl present in the gastric juice. Thus, this is also a difference between pepsin and pepsinogen.

Pepsin is the chief form of protein digestive enzyme in the stomach. It is responsible for the digestion of proteins into shorter chains of amino acids that can be absorbed by the small intestine. In comparison, pepsinogen in the proenzyme of pepsin and it is the secretion form of pepsin by the stomach. It becomes activated by cleaving 44 amino acids additional residue by the action of HCl in the gastric juice. Therefore, the main difference between pepsin and pepsinogen is their structure and function.