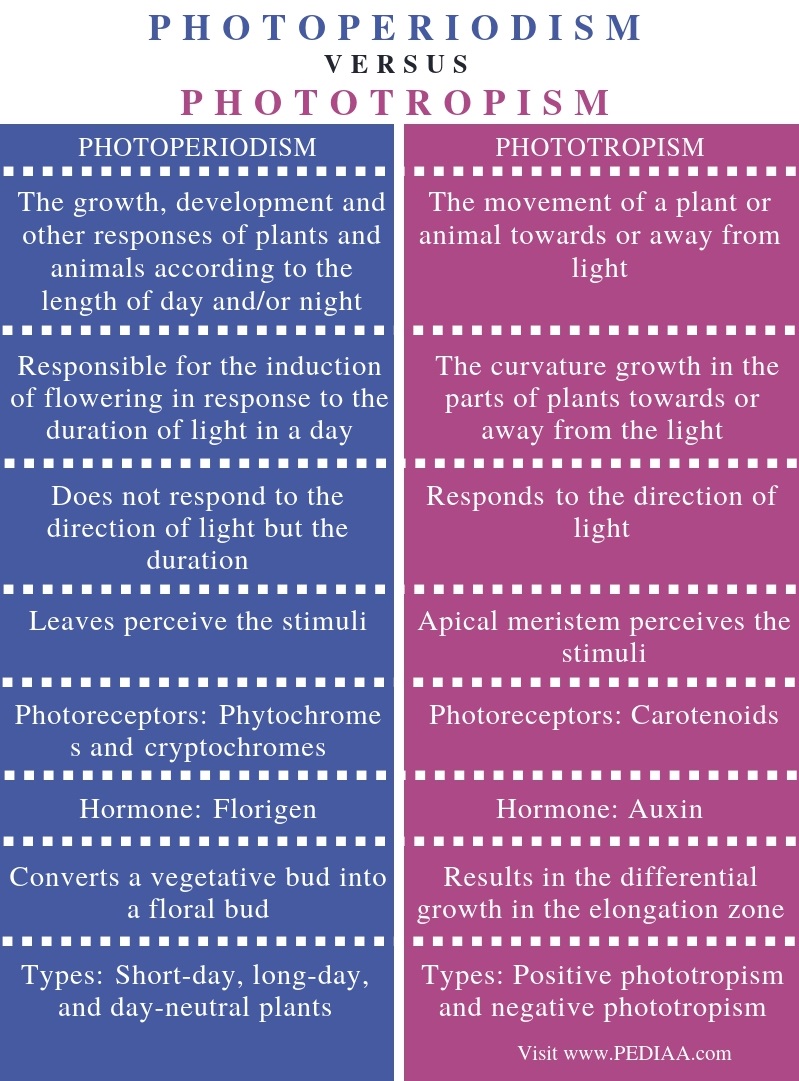 Photoperiodism is the physiological response of plants to the length of the day or night. Generally, the light or dark periods are known as photoperiods. Moreover, these photoperiods are responsible for the conversion of vegetative buds into flower buds in plants. Photoreceptor proteins such as phytochromes or cryptochromes in leaves play a critical role in sensing the lengths of the night lengths. Furthermore, based on the developing response, there are three types of plants: short-day plants, long-day plants, and day-neutral plants. 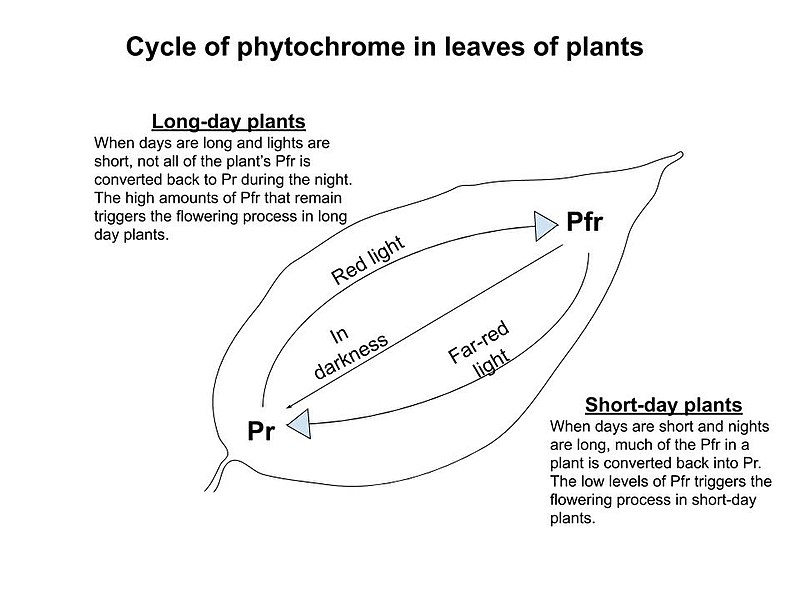 Basically, short-day plants induce flowering when the lengths of the night exceed their critical photoperiod. But, the moonlight or lightning is not sufficient to interrupt the length of the night. Moreover, some examples of short-day plants are rice, marijuana, kenaf, cotton, green gram, etc. In the Northern hemisphere, these plants bloom during summer or fall.

Long-day plants induce flowering when the length of the night is less than their critical photoperiod. In the Northern hemisphere, these plants bloom during late spring or early summer. Some examples of long-day plants are oats, carnation, henbane, barley, wheat, pea, etc.

Day-neutral plants do not induce flowering based on the photoperiod. However, flowering occurs after attaining a certain overall developmental stage or age, or in response to alternative environmental stimuli, such as vernalization. Some examples of day-neutral plants are roses, tomatoes, cucumbers, etc. 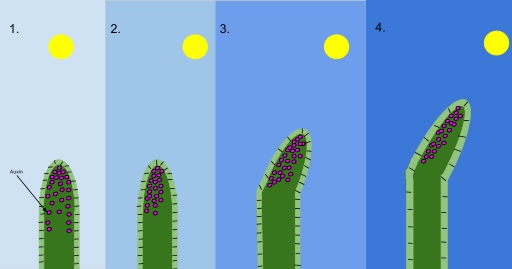 The apex of the root shows negative phototropism as it grows away from the light source. Normally, this is due to the concentration of auxin at the bottom side of the root, elongating cells in the apex into the soil.

Similarities Between Photoperiodism and Phototropism

Difference Between Photoperiodism and Phototropism

Moreover, photoperiodism is responsible for the induction of flowering in response to the duration of light in a day while phototropism is the curvature growth in the parts of plants towards or away from the light.

Perception of the Stimuli

Photoperiodism converts a vegetative bud into a floral bud while phototropism results in the differential growth in the elongation zone. Thus, this is also an important difference between photoperiodism and phototropism.

Photoperiodism is the response of plants to the length of light in a day. Based on that, it induces flowering. Moreover, it produces three types of flowering patterns in plants: short-day, long-day or day-neutral plants. On the other hand, phototropism is the directional movement of parts of plants in response to light. Therefore, the apex of the shoot shows positive phototropism, while the apex of the root shows negative phototropism. Therefore, the main difference between photoperiodism and phototropism is the type of response to light and their effect.