Home » Science » Biology » What is the Difference Between Porins and Aquaporins

The main difference between porins and aquaporins is that porins are transport proteins that occur in biological membranes, whereas aquaporins are water channels that allow the movement of water.

Porins and aquaporins are two types of channel proteins that form large pores in the cell membrane, outer membranes of cell organelles, such as mitochondria and plastids, and bacteria. 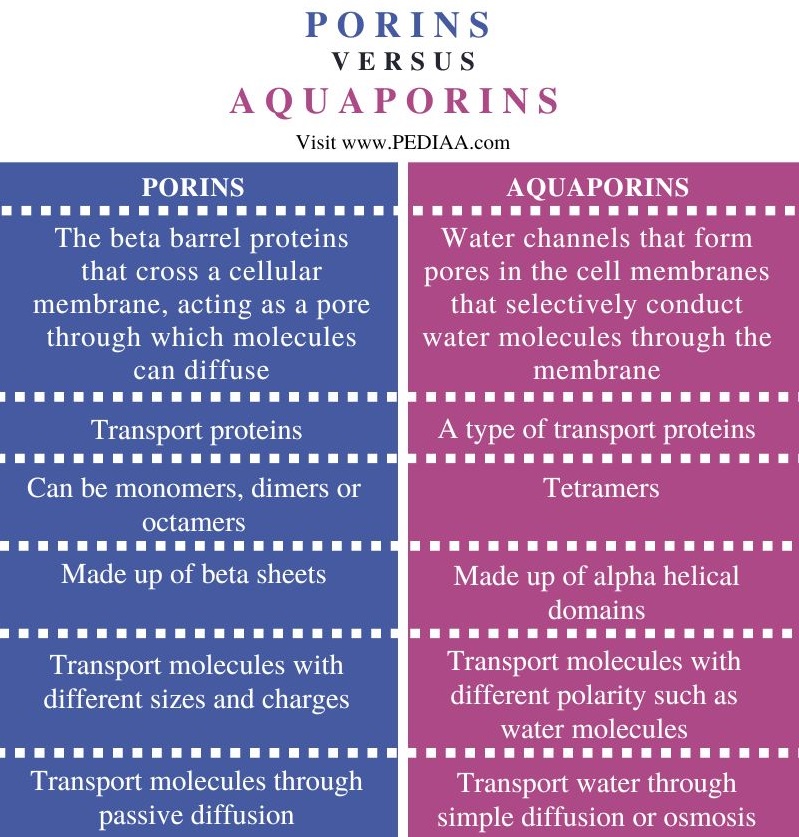 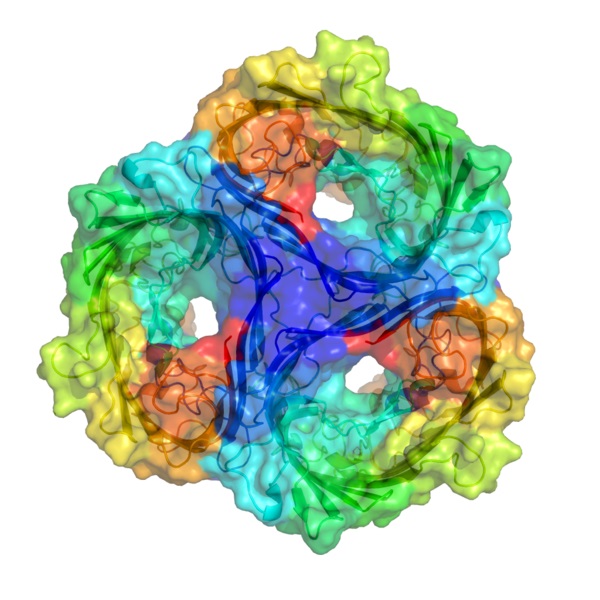 Porins are water-filled pores that occur through the membrane from the exterior to the periplasm. Apart from that, the majority of porins are monomers. Some are dimeric, while some are octameric. Furthermore, the primary function of porins is the passive transport of hydrophilic molecules of various sizes and charges through the membrane. Porins are important for the transport of some nutrients and substrates. Meanwhile, toxins and other wastes are transported away from the cell, avoiding toxic accumulation inside the cell. 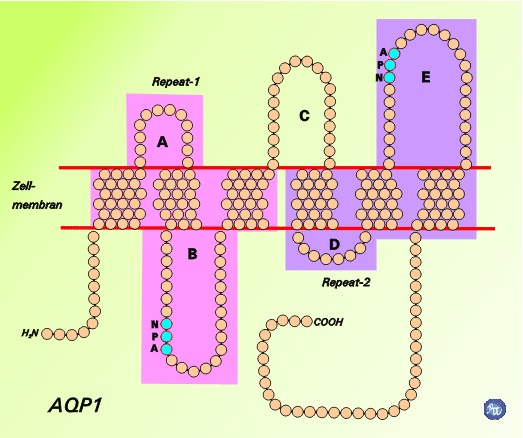 Moreover, aquaporins are tetramers, and each monomer contains a single pore. However, mammalian aquaporins are involved in multiple physiological processes, including salivary gland function and kidney function. Therefore, they are responsible for several clinical disorders, such as kidney dysfunction and brain edema, and loss of vision. On the contrary, aquaporins do not transport molecules that have a charge, such as protons. Therefore, they conserve the electrochemical potential across the cell membrane.

Similarities Between Porins and Aquaporins

Difference Between Porins and Aquaporins

Porins refer to the beta-barrel proteins that cross a cellular membrane, acting as a pore through which molecules can diffuse, while aquaporins refer to water channels that form pores in the cell membranes that selectively conduct water molecules through the membrane.

Porins can be monomers, dimers, or octamers, while aquaporins are tetramers.