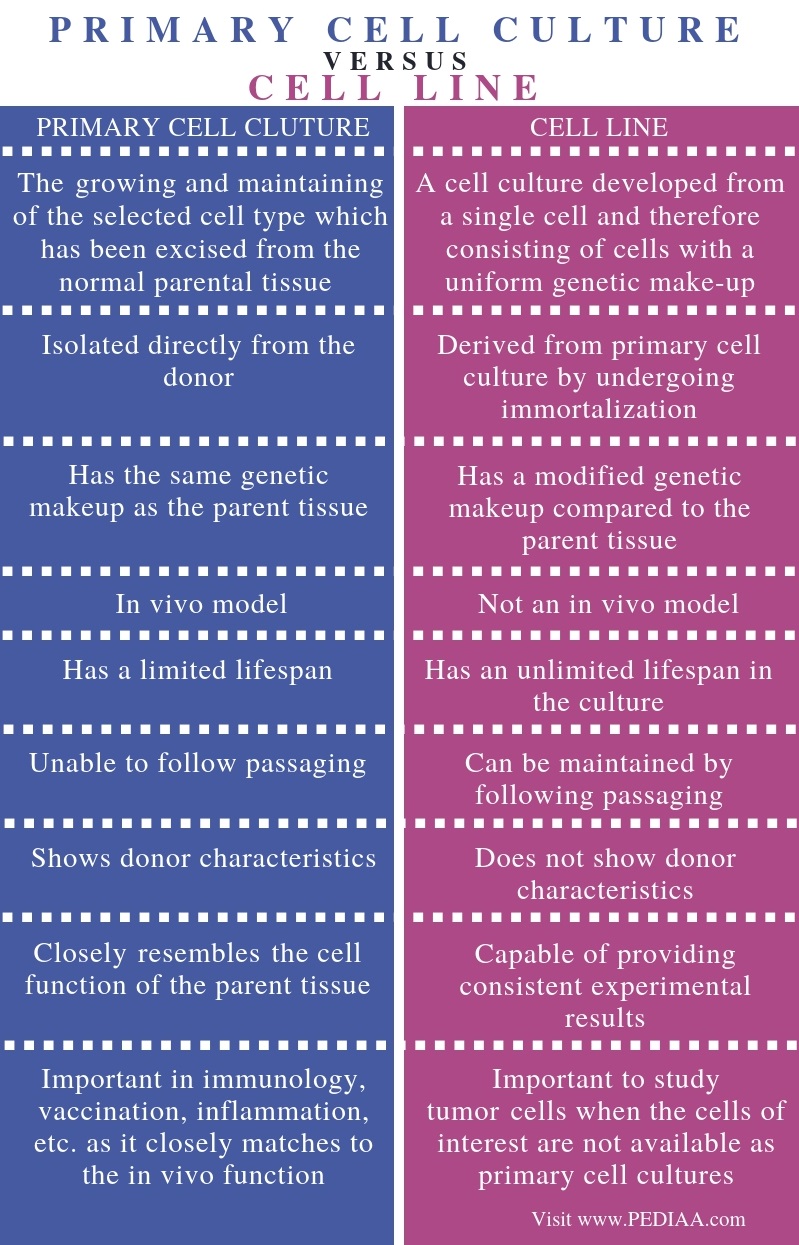 What is a Primary Cell Culture

A primary cell line is the disassociation of cells from a parental animal or plant tissue through enzymatic or mechanical measures. It is possible to maintain these cells in a suitable substrate in glass or plastic containers under controlled environmental conditions. Some examples of primary cell culture are epithelial cells, endothelial cells, keratinocytes, melanocytes, fibroblasts, muscle cells, mesenchymal cells, hematopoietic cells, etc. Significantly, the cells in primary cell culture have the same karyotype as the cells in the parent tissue.

What is a Cell Line

A cell line is the first subculture obtained from a primary culture. Generally, the cells of a cell line have undergone modifications such as random mutations or deliberate modifications such as the artificial expression of the telomerase gene. It makes the cells immortal with an unlimited lifespan in the culture. Also, a cell line can be maintained through serial passaging due to the indefinite lifespan. Thus, these cell lines are known as continuous cell lines. 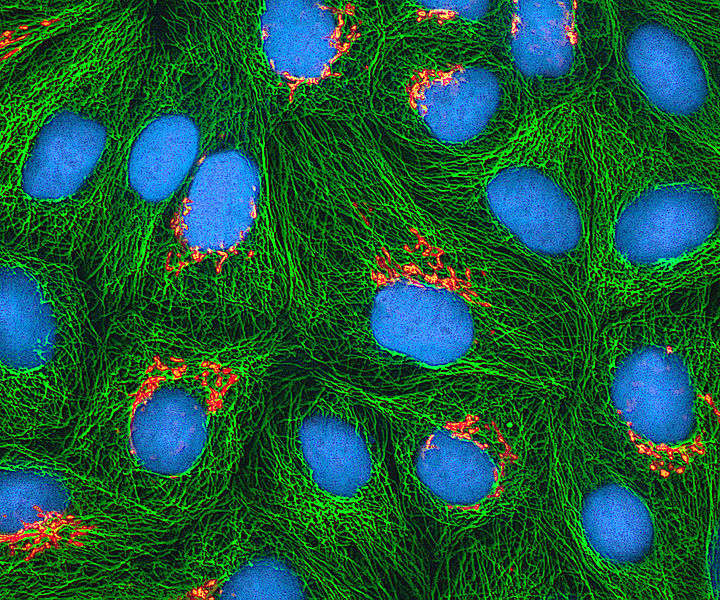 However, due to the modifications in the genetic makeup, the cells of a cell line may contain an abnormal number of chromosomes when compared to the parent tissue. Additionally, it is possible to grow tumor cells directly as cell lines since they acquire immortality through evading the checkpoints of the cell cycle.

Alterations in the Genetic Makeup

Additionally, primary cell culture is unable to follow passaging while a cell line can be maintained by following passaging.

More to these, the primary cell culture closely resembles the cell function of the parent tissue while a cell line is capable of providing consistent experimental results.