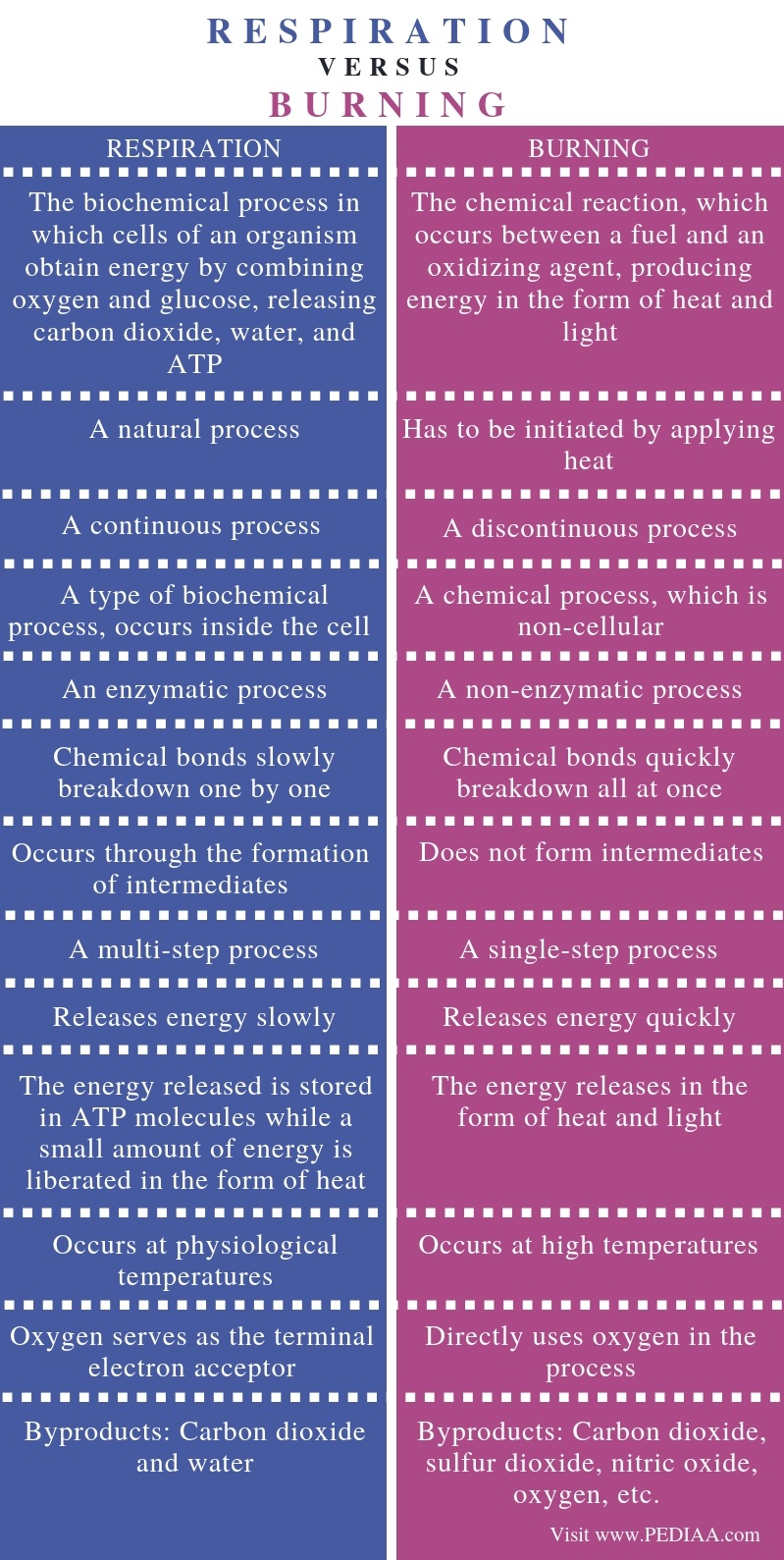 Respiration or cellular respiration is the set of chemical reactions that take place in a cell, converting biochemical energy into ATP. Although it is technically a type of combustion reaction, it occurs inside the cell, slowly releasing energy through a series of reactions. Furthermore, nutrients used in respiration include sugar, amino acids, and fatty acids. Meanwhile, the main form of respiration is aerobic respiration, which uses oxygen as the final electron acceptor. Basically, during aerobic respiration, glycolysis breaks down nutrients into pyruvate, which enters into mitochondria in order to undergo complete oxidization into carbon dioxide and water. Moreover, the energy released by the chemical reactions is stored in ATP through the substrate-level phosphorylation of NADH and FADH2. 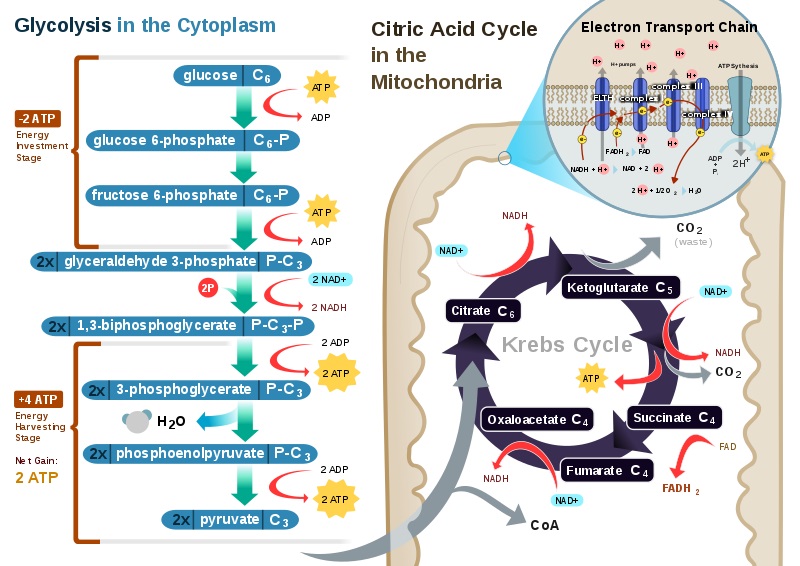 Furthermore, in the absence of oxygen, respiration occurs in the form of fermentation. Here, pyruvate produced in glycolysis converts into waste products in two processes known as lactic fermentation and ethanol fermentation. Moreover, anaerobic respiration is the type of respiration in microorganisms whose final electron acceptor is inorganic acceptors such as sulfates or nitrates.

Burning or combustion is a high temperature, exothermic, redox reaction, occurring between a fuel and an oxidant. Usually, the oxidant is the atmospheric oxygen while the mixture of gaseous byproducts is called the smoke. Here, heat and light are the forms through which the energy of the reaction releases. Generally, the combustion of solid fuel such as wood and coal proceeds through endothermic pyrolysis, which produces gaseous fuels, undergoing combustion. Furthermore, the combustion of these gaseous fuels provides heat for producing more gaseous fuels.

Similarities Between Respiration and Burning

Difference Between Respiration and Burning

Respiration refers to the biochemical process in which cells of an organism obtain energy by combining oxygen and glucose, releasing carbon dioxide, water, and ATP while burning refers to the chemical reaction, which occurs between a fuel and an oxidizing agent, producing energy in the form of heat and light.

While respiration is a natural process, burning has to be initiated by applying heat.

Moreover, respiration occurs through the formation of intermediates, while burning does not form intermediates.

Oxygen serves as the terminal electron acceptor in respiration while burning directly uses oxygen in the process.

Respiration is a biochemical process that occurs inside cells with the help of enzymes. It also produces energy in the form of ATP by breaking down bonds, mainly in glucose. However, it is a slow process that proceeds through the formation of intermediates. On the other hand, burning is a non-cellular process which is chemical. Hear, heat has to be given to initiate the chemical reaction of burning. Generally, it is a type of rapid oxidation, which results in the release of energy quickly in the form of heat and light. Therefore, the main difference between respiration and burning is the type of bond breaking.