Home » Nature » What is the Difference Between Savanna and Grassland

The main difference between savanna and grassland is that savannas have scattered trees here and there, while grasslands do not have trees and have only a thick density of grass. 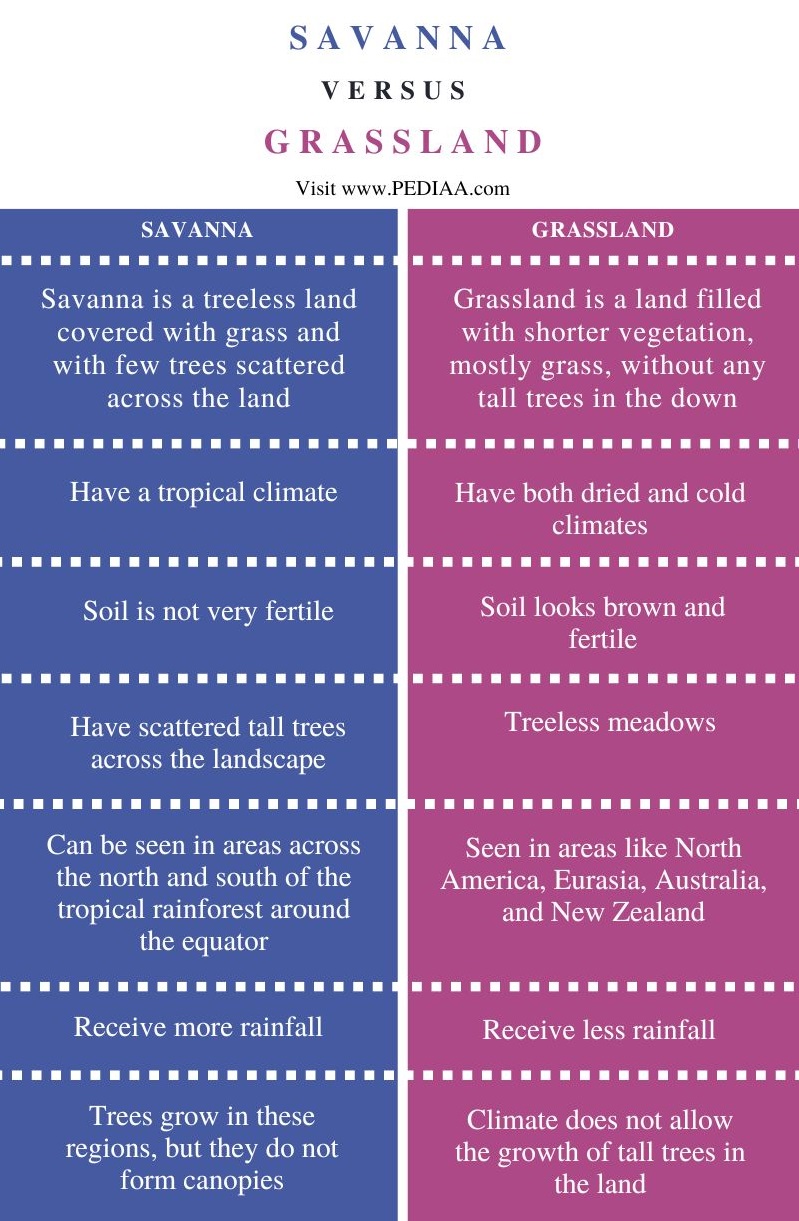 Savanna is a treeless land covered with grass and some trees scattered across the grassland. Savannas are also known as “tropical grasslands.” However, trees in the savanna are not close enough, and they do not form a canopy. Therefore, these types of lands are different from forests and jungles. Savannas are typically vegetation zones; the fall between tropical rainforests and desserts. 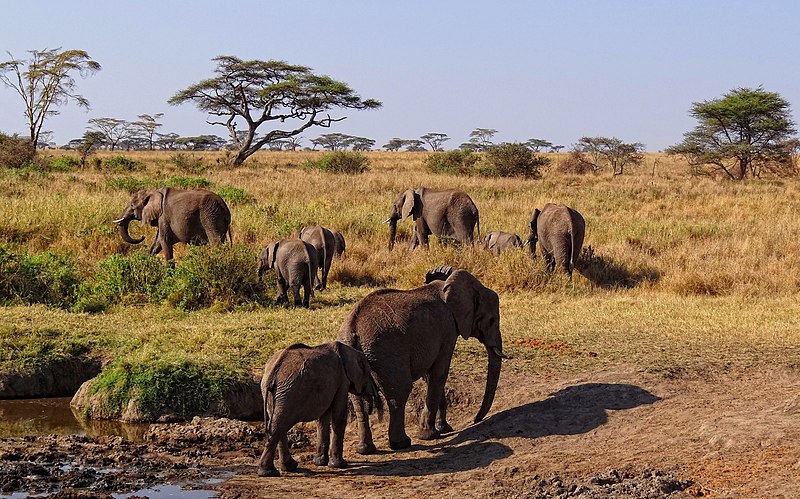 Savannas usually require a humid climate, which can be seen in tropical areas. Although there are scattered large trees in the landscape, the land is basically fully covered with grass. In addition, the soil of a savanna is not fertile, and it has clay-rich soil that consists of a thin layer. There are different types of savannas. These include shrub savannas, bush savannas, or tree savannas. Savannas receive some rainfall, resulting in the growth of some trees and bushes on the land. Mostly, savannas can be seen in areas across the north and south of the tropical rainforests around the equator. Africa is the continent that has the largest savannas in the world. There are also savannas in India, South America, and Australia. 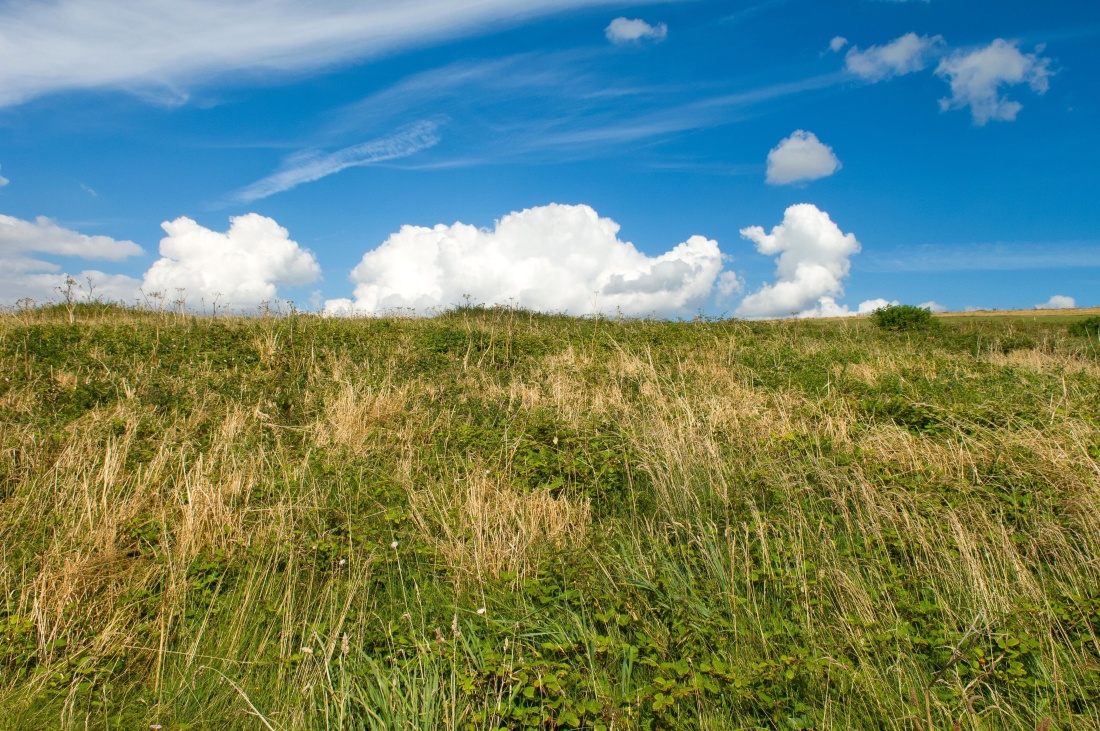 There are different types of grasslands such as tropical grassland, temperate grassland, flooded grassland, montane grassland, and desert grassland. Grasslands are usually located in areas like North America, Eurasia, Australia, and New Zealand. Furthermore, we can categorize the climate in grasslands as hot summers and cold winters. Thus, there is a considerable variation in temperature across the season. In summer, the heat reaches its extremes, and in winter, it reaches around zero. In grasslands, tall trees are very rare since the climate does not support the growth of trees.

Similarities Between Savanna and Grassland

Difference Between Savanna and Grassland

Savanna is a treeless land covered with grass and with few trees scattered across the land, while grassland is a land filled with shorter vegetation, mostly grass, without any tall trees in the down.

Although savannas have a tropical climate, grasslands have both dried and cold climates.

Although savannas have scattered tall trees across the landscape, grasslands are treeless meadows.

You can find savannas in areas across the north and south of the tropical rainforest around the equator, whereas you can find the grasslands in areas like North America, Eurasia, Australia, and New Zealand.

Since savannas receive more rainfall,  trees grow in these regions, but they do not form canopies. On the other hand, in grasslands, the climate does not allow the growth of tall trees in the land.