Self concept and self esteem are two related aspects in psychology that deal with the overall understanding or perception of one’s own self. Even though they are related and share common grounds, these two are two distinctive ideologies. Thus, apart from the above mentioned main difference between self concept and self esteem, there are other differences between them as well. 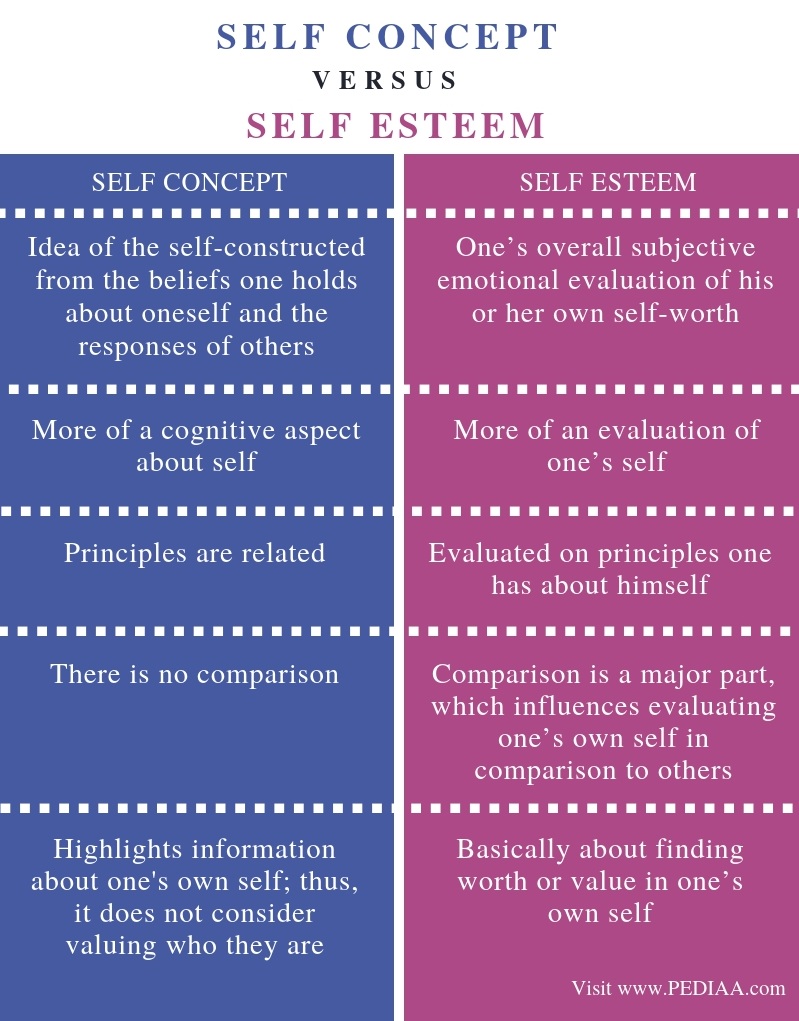 What is Self Concept

Self concept or self-concept is the overall idea or the knowledge a person has about him/her own self. Hence, self concept answers the question ‘Who am I?’. Thus, this is a reflection on one’s own self. In brief, self- concept is one’s self-identity.

Self concept, therefore, includes knowledge about one’s gender, name, personality, physical appearance, race, beliefs, nationality, schooling, family, career, accomplishments, preferences, strengths, flaws, likes and dislikes, temperaments, principles, behavioural patterns, etc. In brief, self concept refers to the detailed idea about who one is. Moreover, some people have strong self concepts while some don’t. Hence self concept is built upon the pillars of one’s social interactions. 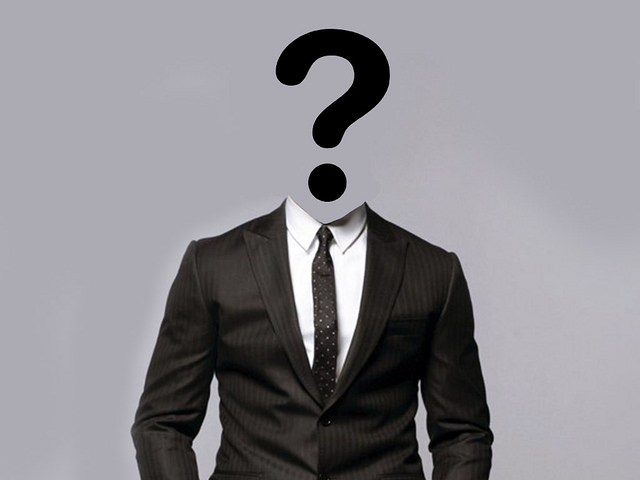 According to psychology, self-concept is composed of two key parts: personal identity and social identity. Hence, one’s experiences and external commentaries or feedback about them from social interactions influence directly on building one’s self concept. For example, if someone’s friends start commenting that person is talented in a certain task and also very assertive, he/she will start believing that they are indeed talented in that certain task in addition to being assertive as well. This happens even without that person’s own understanding, regardless of whether it is true or not. Furthermore, self-concept includes what we were, what we are and what we will be in the future.

What is Self Esteem

Self esteem or as self-esteem is the self-evaluation of a person about him/her own self. It describes the extent of how much one values their own self. In other words, it is the attitude one holds on one’s own self. Hence, this is how one rates themselves, and it is also known as ‘self-evaluation. 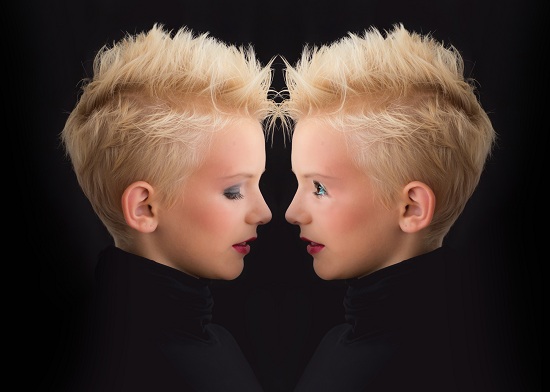 To list out some character traits or behavioural traits of those with high and low self esteem is;

People with high self-esteem are always,

People with low self-esteem are always,

Relationship Between Self Concept and Self Esteem

Difference Between Self Concept and Self Esteem

Self concept is the idea of the self-constructed from the beliefs one holds about oneself and the responses of others. On the other hand, self esteem is one’s overall subjective emotional evaluation of his or her own self-worth.

Self-concept is more of a cognitive aspect about self while self-esteem is more of an evaluation of one’s self. Thus, this is the basic difference between self concept and self esteem.

Moreover, principles are related to self concept while self esteem is evaluated on these principles one has about himself.