Sorbitol and mannitol are two types of sugar alcohols used as artificial sweeteners. Sorbitol serves as a sugar substitute while mannitol is used as a medication to reduce the pressure of the eye and as a sweetener in diabetic food. 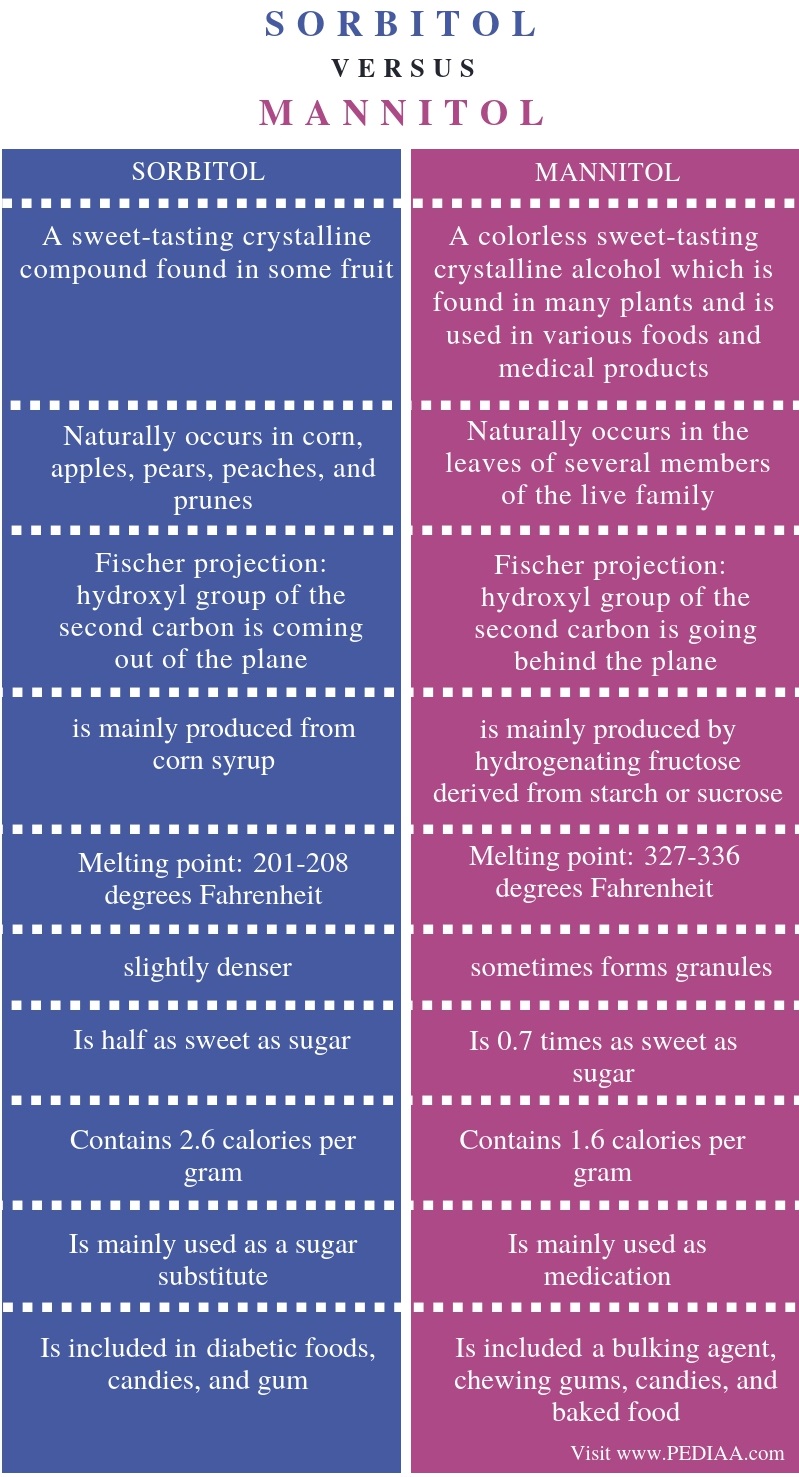 Sorbitol is the sugar alcohol less commonly known as glucitol. It frequently occurs in fruits including apples, pears, and prunes. It can be produced by the reduction of glucose, changing the aldehyde group to a hydroxyl group. Also, the enzyme responsible for converting sorbitol back to fructose is sorbitol-6-phosphate 2-dehydrogenase.

However, the human body metabolizes sorbitol slowly. Therefore, it becomes a sugar substitute which does not produce glucose spikes in the blood. Also, it contains a lesser amount of calories, which is good for people interested in losing their weight.

Mannitol is another sugar alcohol, which is the isomer of sorbitol. Therefore, the molecular weight and the chemical formula of both sorbitol and mannitol are similar. They only differ by the orientation of the hydroxyl group on the second carbon. Also, mannitol is used as a sugar substitute, especially in diabetic food. Our intestine absorbs mannitol poorly.

In addition to a sugar substitute, mannitol is used as a medication to decrease the pressure of eyes and to lower the high intracranial pressure. However, electrolyte problems and dehydration are common side effects of this medication.

Similarities Between Sorbitol and Mannitol

Difference Between Sorbitol and Mannitol

The orientation of the Hydroxyl group on C2

The main use of sorbitol is as a sugar substitute while mannitol is mainly used as medication. Hence, this is another difference between sorbitol and mannitol.