The main difference between sperm and ovum is that the sperm is the male gamete whereas the ovum is the female gamete.

Sperm and ovum are the two types of gametes, occurring in both plant and animal kingdoms. These gametes are involved in reproduction. To be specific, the gamete is the reproductive cell of higher organisms. 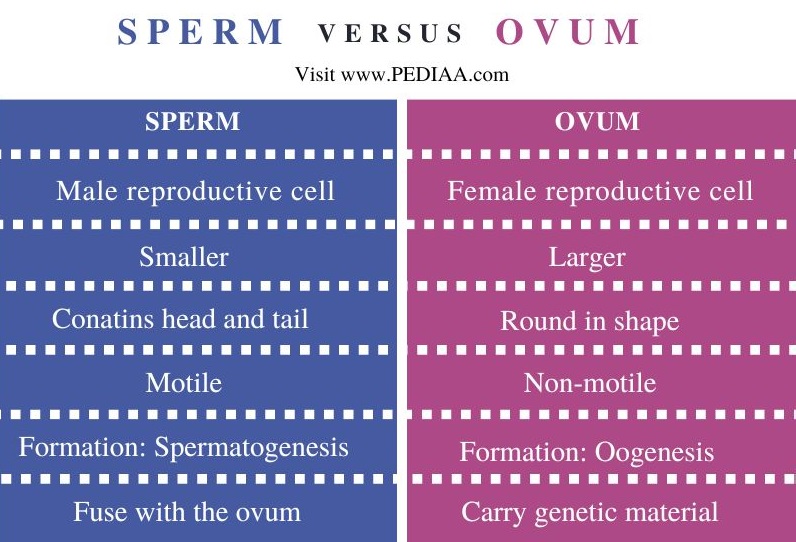 Sperm is the male gamete of plants and animals. Specifically, the smaller reproductive cell is the sperm. The formation of sperm occurs in a process called spermatogenesis in mammals and reptiles. It occurs in the seminiferous tubules of testes. There, spermatogonia are the precursor sperm cells that differentiate into spermatocytes. Then, spermatids are the next level of cells formed when spermatocytes undergo meiosis. These cells contain half the number of chromosomes. In animals, these spermatids mature into motile, mature sperm cells. Plants also produce motile sperm cells. 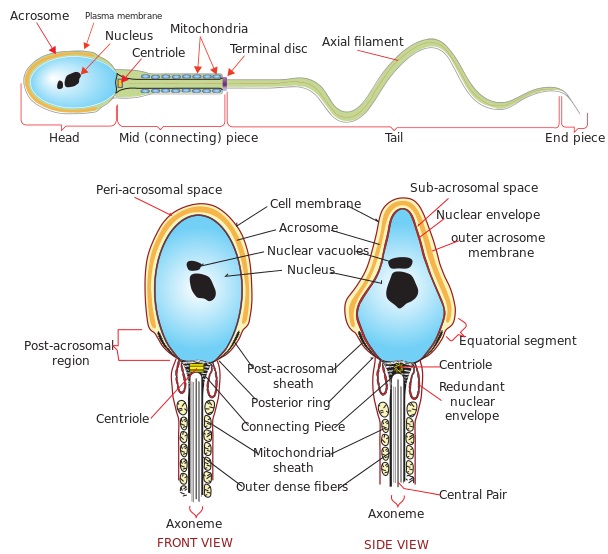 Furthermore, the main function of the sperm cell is to reach the ovum, the female reproductive cell, and fuse with it to deliver the male pronucleus.

The ovum is the female reproductive cell of higher organisms, being a larger and non-motile cell. In algae, fungi, and bryophytes, the ovum is non-motile. Concerning its formation, oogenesis is the process of ova formation. In vertebrates, they form inside gonads while in oviparous organisms, including birds, reptiles, amphibians, and most fish, ova come out of the body through the oviduct. However, in plants, ova form inside archegonia. They occur in the ovule. 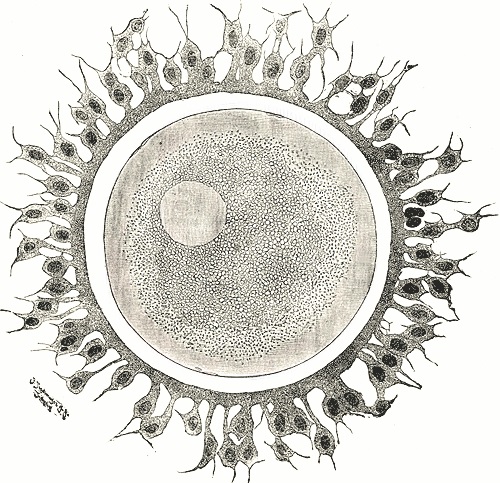 Moreover, the main function of the ovum is to carry half number of chromosomes to fuse with the sperm.

Similarities Between sperm and Ovum

Difference Between Sperm and Ovum

Generally, the sperm is smaller while the ovum is large.

Moreover, the sperm contains a head and tail while the ovum is round in shape.

Usually, the sperm is motile and the ovum is non-motile.

In conclusion, the sperm is the male reproductive cell that is small and motile. It contains a head and a tail. And, spermatogenesis is the process of sperm formation. In general, the main function of the sperm is to fuse to the ovum during the process of reproduction. In contrast, the ovum is the female reproductive cell that is larger but, non-motile. However, it is round in shape. Usually, the ovum is formed in the process called oogenesis. Moreover, the function of the ovum is to carry genetic material. Therefore, the main difference between sperms and ovum is their sex.