Spruce and pine are two types of conifers, mainly evergreen trees. Their leaves are called needles whose features help in distinguishing between the genera along with the characteristics of cones and the bark. 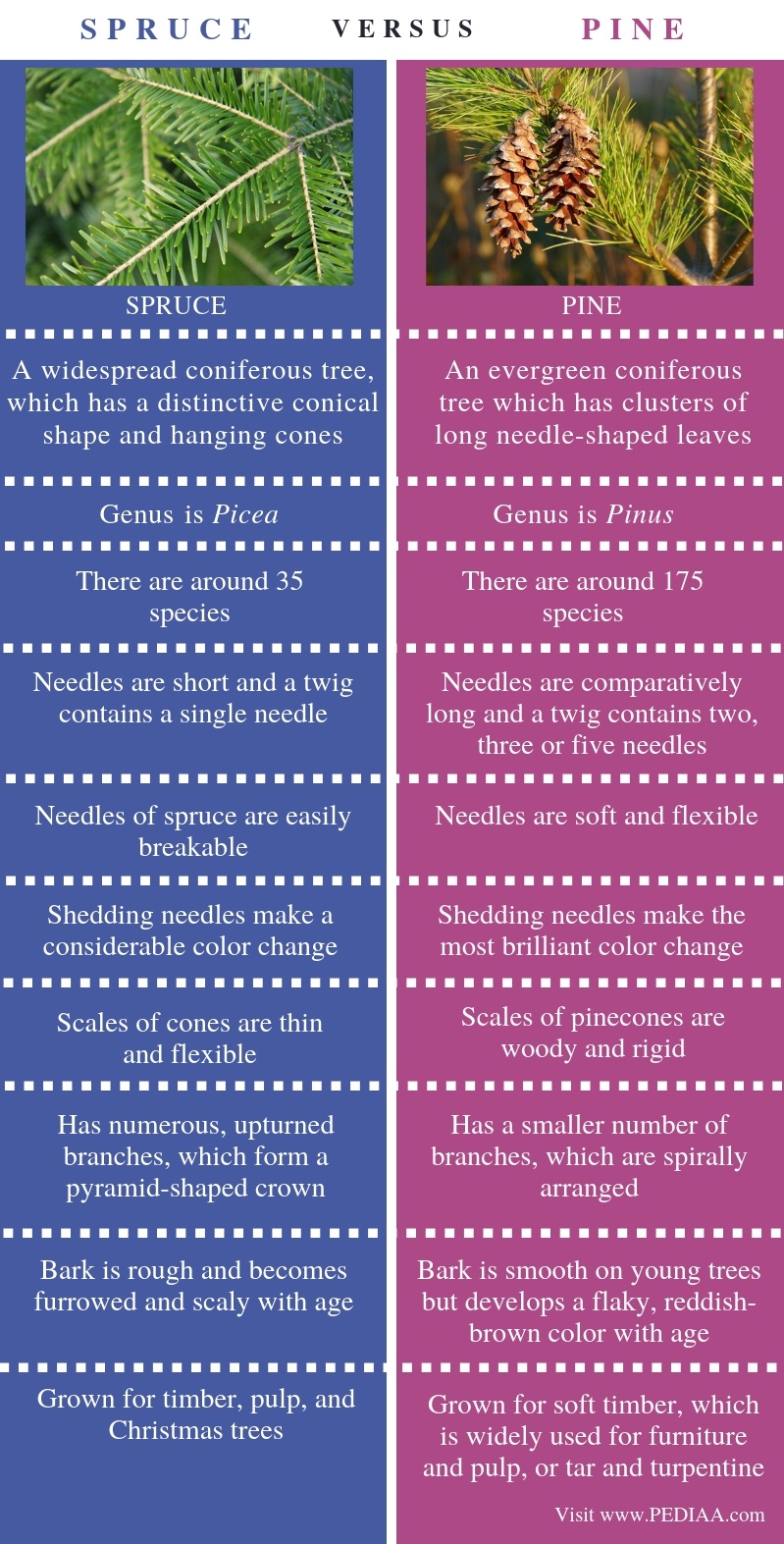 Spruce is a type of evergreen conifers of the genus Picea. It contains sharply pointed needles with four sides. Therefore, these needles can easily roll between fingers. On the other hand, these are short, around 1 inch long. In addition, spruce needles easily break apart when bent. The most significant feature with spruce needles is that a single needle attaches to the stem through individual twigs. This twig is a small, peg-like wooden structure. Though the needles are shed off, these twigs remain attached to the stem, giving a rough feeling to the branches. 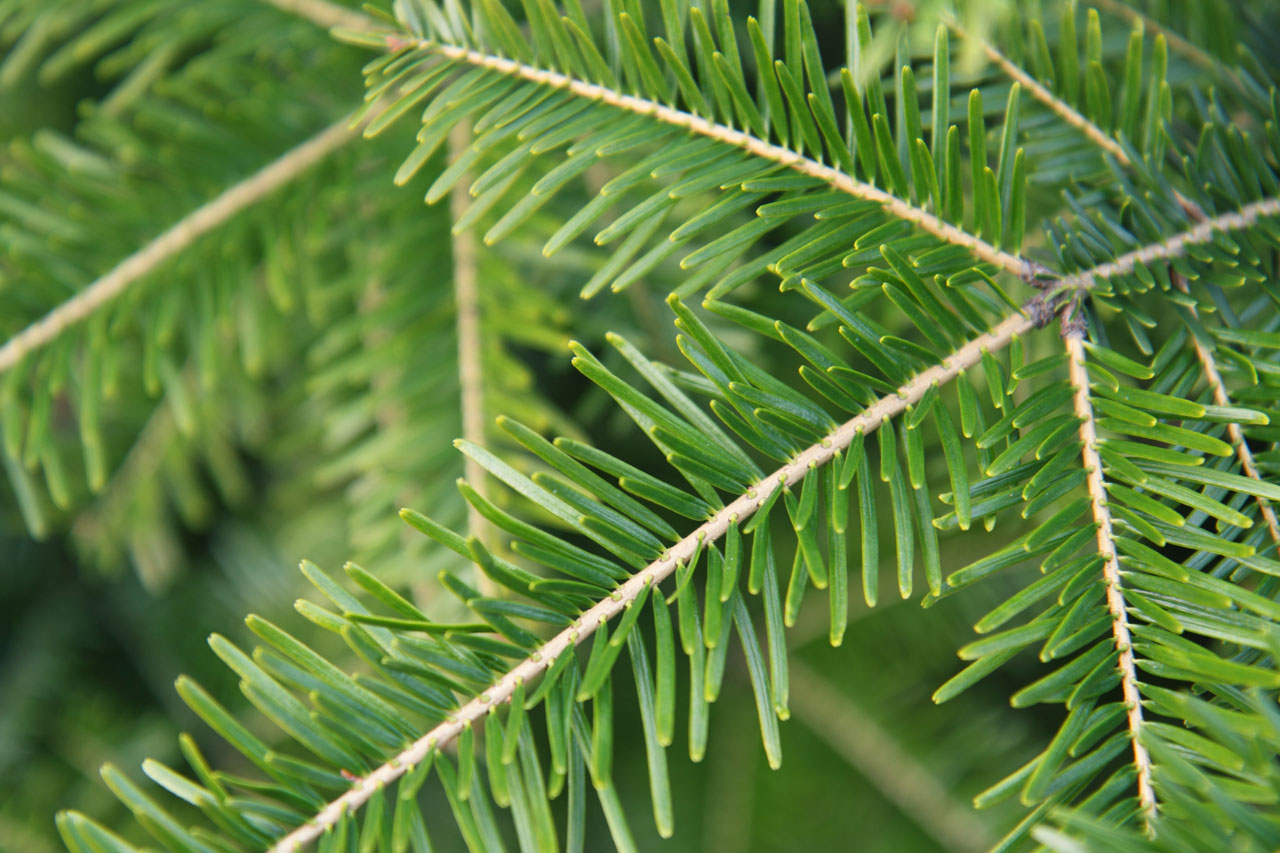 The spruce produces soft timber which has creamy-white lumber. Due to its tonal quality, the spruce timber is good for the production of musical instruments including guitars and violins. In addition, spruce is used to produce boards, papers, and fences. Apart from that, the fresh shoots of spruce are a good source of vitamin C. In the past, the beer made up of shoots of spruce was consumed regularly during the long voyages in order to prevent scurvy.

Pine is another type of evergreen conifers of the genus Pinus. Most pine needles are long. Moreover, these needles occur in bundles of two (red pine), three (yellow pine), and five (white pine) needles per twig. These needles are soft and flexible. The other characteristic feature of pine is the pine cone. It is a woody structure, which is rigid. On the other hand, the bark of the pine trees is very distinctive, jagged, and flaky. It is smooth when the tree is young and becomes reddish-brown and flaky after maturation. 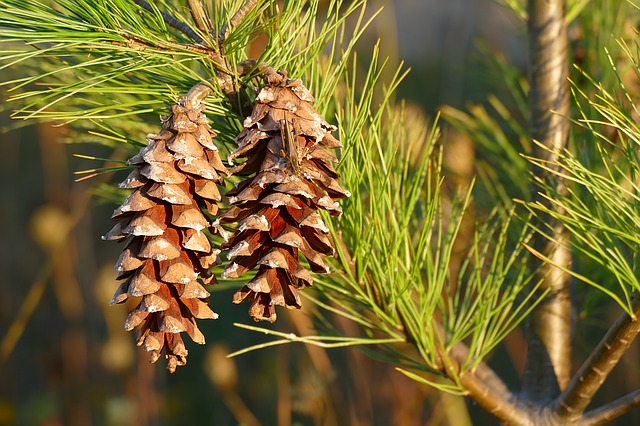 The pine timber is less strong than timber of spruce. But, it contains a higher amount of resins, which ensure the durability of the products. Beautifully-colored pine is good for the manufacture of furniture, cabinets, window frames, and shelves. Its color varies from the dark red to amber color with yellowish-white lines. On the other hand, pine seeds/pine nuts are a part of the human diet. Furthermore, young pine needles are good for the preparation of tea.

Similarities Between Spruce and Pine

Difference Between Spruce and Pine

Spruce is a widespread coniferous tree, which has a distinctive conical shape and hanging cones while pine is an evergreen coniferous tree which has clusters of long needle-shaped leaves. Thus, this describes the distinguishable difference between spruce and pine.

There are around 35 species of spruce while around 175 pine species live on the earth.

Another difference between spruce and pine is their cones. The scales of spruce cones are thin and flexible while the scales of pinecones are woody and rigid.

Bark is another significant difference between spruce and pine. The bark of spruce is rough and becomes furrowed and scaly with age while the bark of pine is smooth on young trees but develops a flaky, reddish-brown color with age.

Spruce is a type of conifer trees whose twig equips with a single needle. On the other hand, pine, another type of conifers, has a cluster of needles attached to the twig. Both spruce and pine are evergreen trees whose needles are used in decorations. They produce soft timber as well. The cones of the spruce are soft while the cones of the pine are woody. Also, the bark of the spruce is scaly while the bark of the pine is flaky. Therefore, the main difference between spruce and pine is the needle arrangement and the features of cones and bark.