Home » General » What is the Difference Between Stomach and Gut 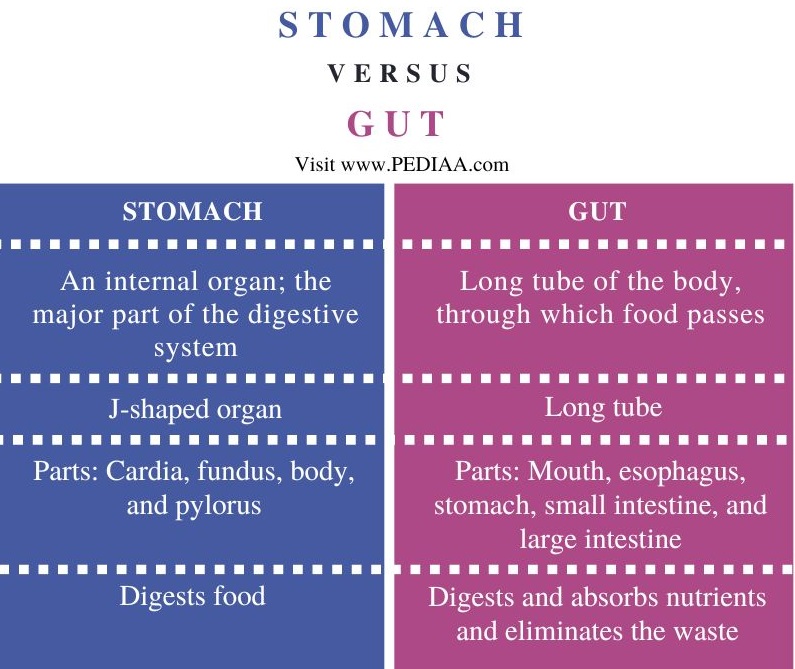 The stomach is a J-shaped, muscular, and hollow organ that digests food. It is located in the upper abdomen on the left side of the body. Also, the cardia, fundus, body, and pylorus are the four sections of the human stomach. To be specific, cardia is the region of the stomach. It is where the esophagus’s food empties into the stomach. And, the fundus is the upper curved part. Meanwhile, the body is the main central part of the stomach and the pylorus is the bottom part that connects to the small intestine. The stomach starts from the esophagus and empties into the intestine. 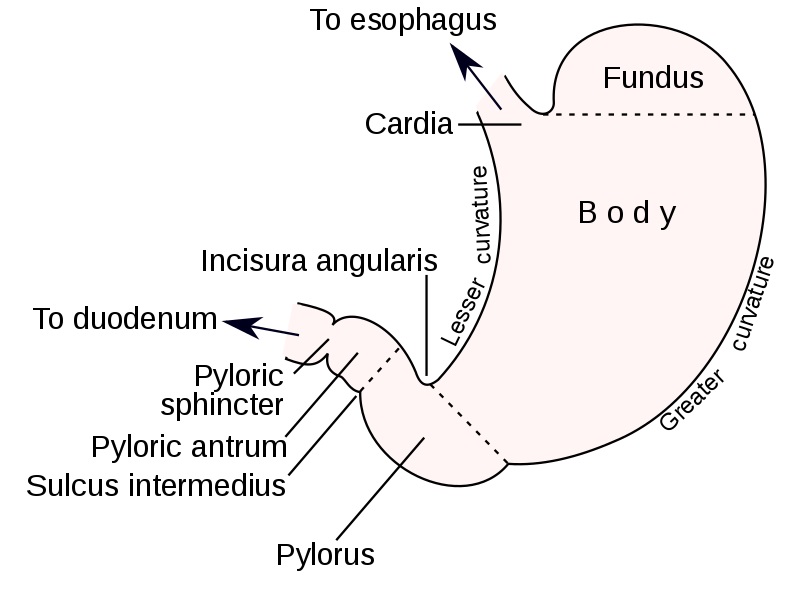 Furthermore, the stomach produces enzymes and acids to aid in breaking down the food into nutrients. The digestive food and digestive juice are commonly called the chyme, which empties into the duodenum controlled by the pyloric sphincter. The stomach also contracts and relaxes to mix digestive enzymes with the food in it. Also, it stores food temporarily.

The gut or GI tract refers to the long tube that starts from the mouth and ends with the anus. In general, the other parts of the gut include the esophagus, stomach, small intestine, and large intestine. Here, the mouth helps to chew and swallow food. The esophagus is the hollow tube that passes swallowed food into the stomach, and the stomach creates digestive juice. The small intestine mix digested food with intestinal enzymes and absorbs nutrients while the large intestine turns digestive food into stool. 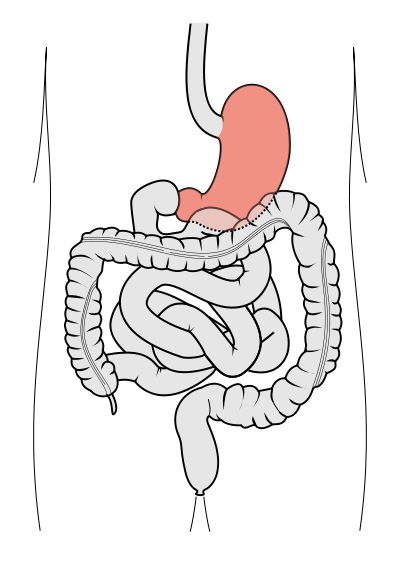 Moreover, the main function of the gut is to digest food, absorb nutrients, and eliminate undigested materials.

Similarities Between Stomach and Gut

Difference Between Stomach and Gut

The stomach refers to an internal organ and the major part of the digestive system while the gut refers to the long tube of the body through which food passes.

Generally, the stomach is a J-shaped organ while the gut is a long tube.

Usually, the stomach digests food while the gut digests and absorbs nutrients and eliminates waste.

In brief, the stomach is the major organ of the digestive system of an animal. It is also a part of the gut. Here, the gut is the long tube of the body, passing food through the tube, digesting and absorbing nutrients while eliminating waste. Therefore, the main difference between stomach and gut is their structure.