Home » Science » Biology » What is the Difference Between Strain and Species

The main difference between strain and species is that strain is a genetic variant; it is a subtype or culture of a biological species. But, species is the largest group of organisms in which any two individuals of the appropriate sexes or mating types can produce fertile offspring, typically by sexual reproduction. Furthermore, several strains can occur per species while species is the basic unit of classification or organisms and a unit of biodiversity.

In brief, strain and species are two units of classification of a living organism. However, their usage may vary depending on the situation. 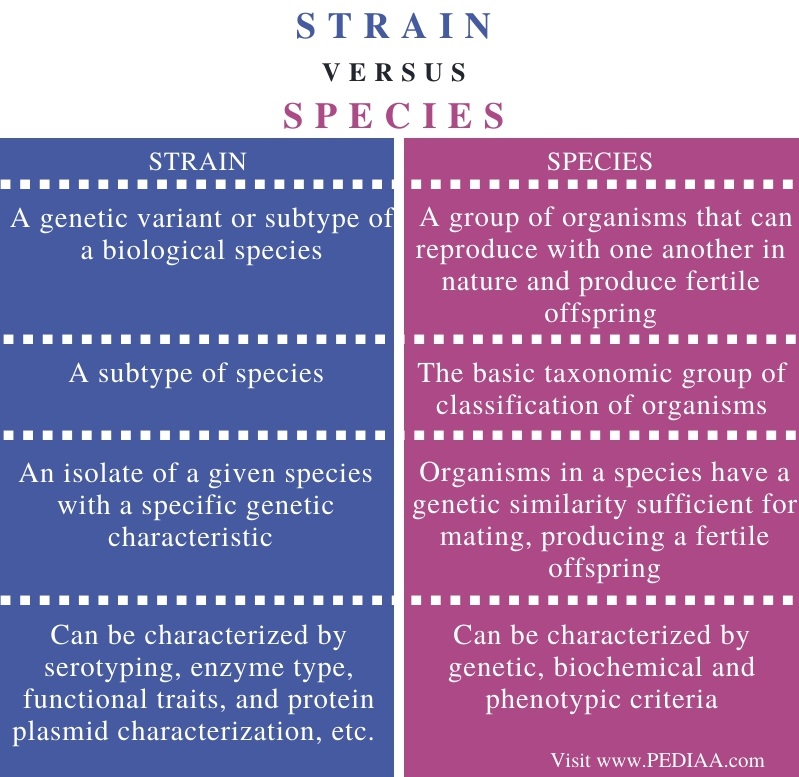 What is a Strain

A strain is a genetic variant, subtype or culture of a biological species. They are more popularly used in microbiology. Furthermore, a strain originates from a single cell colony, and microorganisms, such as viruses, bacteria, and fungi, have several strains within a species. As an example, a “flu strain” is a certain biological form of influenza or “flu” virus characterized by their differing isoforms of surface proteins. Thereby, a strain significantly carries a particular genetic characteristic, which does not occur within the other members of the species. 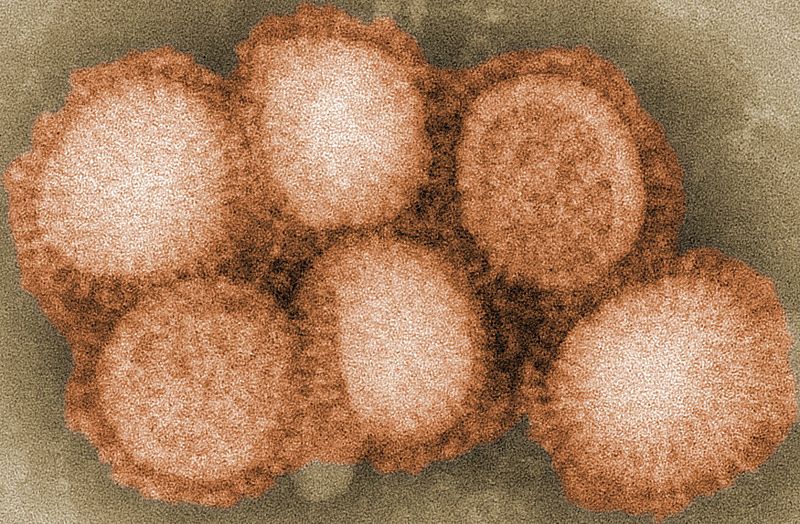 Besides, genetic variation is the variation of genomes between individuals in the same species due to the genetic mutations, which occur during sexual reproduction. Usually, genetic variation can be caused by mutations of genes, gene flow, random mating, random fertilization, and crossing over between homologous chromosomes. In addition to that, genetic variation is an important mechanism, which forces evolution through natural selection. Also, it is important in maintaining biodiversity among species, as well.

A species is a closely related group of organisms with similar characteristics and interbreed to produce a fertile offspring. Also, it is the fundamental unit of the classification of organisms. In order to define a particular species, the similarities in the DNA sequences, morphological, and ecological features can be considered. In the historical means, the origination of species by natural selection is described by Charles Darwin in 1859. Sometimes, a particular species may consist of different breeds with great variations. More often, similar species live in similar habitats since they originate from a common ancestor. However, defining a species may become difficult due to variation within the species. 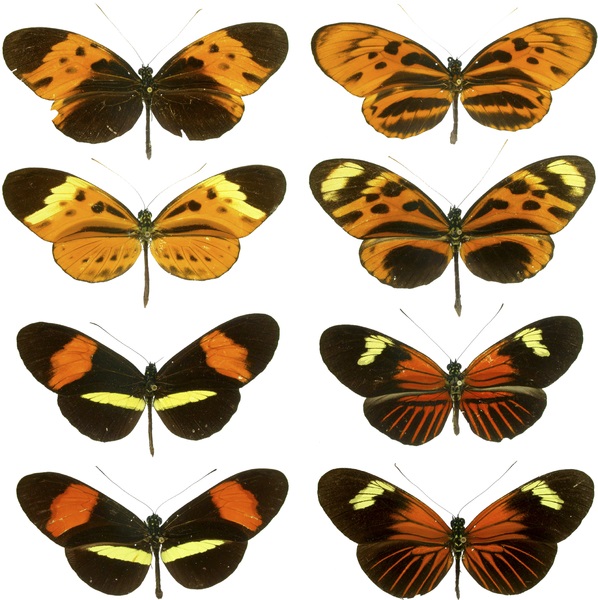 Furthermore, species is a taxonomic level of organisms, ranking below a genus. Although it consists of similar individuals who can interbreed with each other, a species comprises the biggest possible gene pool. Also, genes can be transferred between species by horizontal gene transfer. Moreover, particular species is scientifically named by a binomial name; the first part of it is the genus to which the organism belongs to and the second part is the specific name. For example, humans have scientifically named as Homo sapiens; ‘Homo’ is the genus to which humans belong, and ‘sapiens’ is the specific name of humans.

Similarities Between Strain and Species

Difference Between Strain and Species

A strain refers to a genetic variant or subtype of a biological species, while species refers to a group of organisms that can reproduce with one another in nature and produce fertile offspring.

A strain is a subtype of species, while a species is the basic taxonomic group of classification of organisms.

A strain is an isolate of a given species with a specific genetic characteristic, while organisms in a species have a genetic similarity sufficient for mating, producing a fertile offspring.

In brief, a strain is an isolate of a particular species, bearing a specific genetic characteristic in comparison to the other organisms of the same species. Generally, a species refers to a group of organisms with genetic similarity to a certain degree, which is sufficient for producing a fertile offspring by mating. Therefore, a strain is a subtype or a genetic variant of a particular species where the species can have several strains. Hence, the main difference between strain and species is in their genetics.