Surfing and snowboarding are recreational sports done with a board. Both these extreme sports require balancing and speed generation. However, both are sports with high risks. 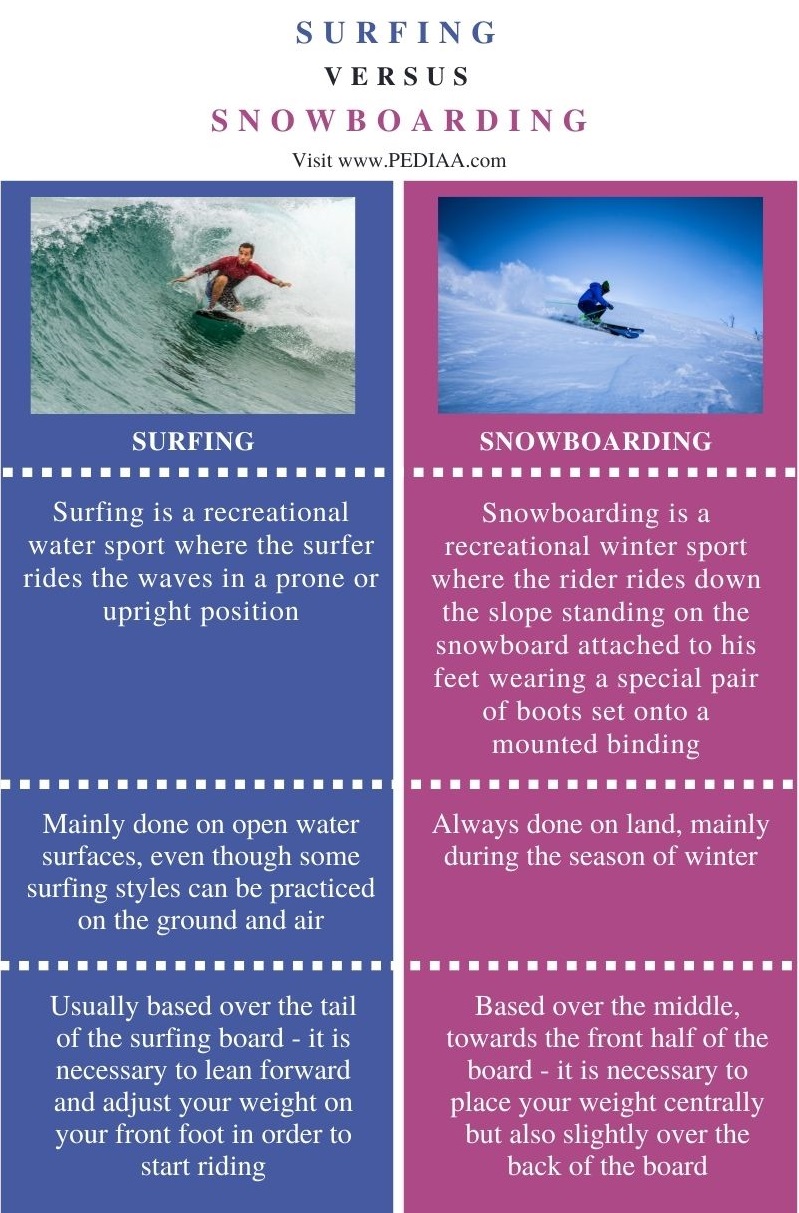 Surfing is a recreational water sport where a surfer rides the waves in a prone or upright position. Whether it is an ocean or another water body with waves, surfers glide across the water surface until the strong wave break and lose its energy.

When it comes to surfing, surfers deal with four main types of surfing waves. They are spilling waves, surging waves, plunging waves, and collapsing waves. The ultimate aim of any surfer is to ride and continue to glide on the unbroken part of a wave with his surfboard. However, beginners usually learn to surf in the whitewater water surface before trying anything much more challenging. 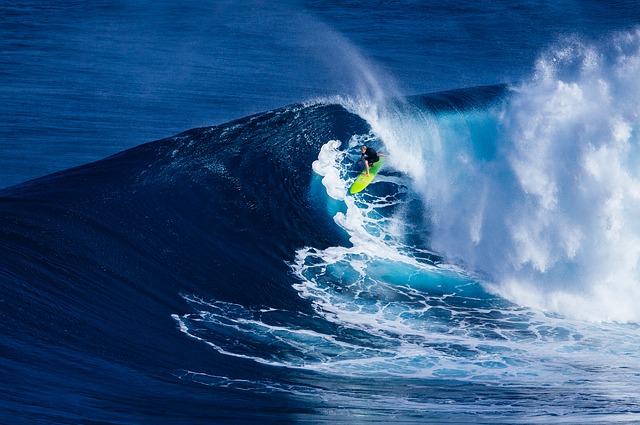 Many surf enthusiasts believe that the basis of surfing is in bodysurfing, where the rider uses his body as a planning surface to glide over the active waves. According to records of historians, surfing has originated as a sport between the 19th and 20th centuries, although the practice of wave riding stems from ancient Peruvian and Polynesian cultures. During the last century, surfing on waves has given birth to many other recreational sports such as skateboarding, kitesurfing, windsurfing, skimboarding, kneeboarding, and bodyboarding, equally on land, water, and air.

Many people see surfing as a recreational activity that demands physical strength and competitive nature. However, for some people, surfing is their medium of connecting with nature. For them, surfing is more like an addiction rather than a sport.

Snowboarding is a recreational winter sport that has evolved from surfing. While surfing relies on wave strength, in snowboarding, the rider descends a slope that is completely covered with snow. The rider rides down the slope, standing on the snowboard attached to his feet wearing a special pair of boots set onto a mounted binding.

Snowboarding is an extreme sport that has originated inspired by recreational sports such as surfing, skateboarding, skiing, and sledding, during the 1960s to 1970s, snowboarding as a sport developed in the United States of America and entered the Winter Olympics in 1998. 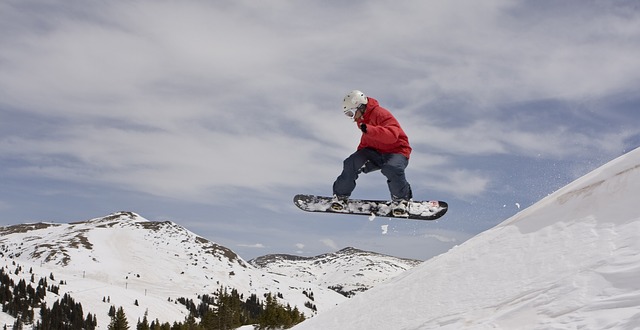 In modern snowboarding, riders use an oversized wheelless skateboard to which their feet are attached. However, the shape and the size of the size snowboard can vary based on the size of the snowboarder and the aimed use of the board. Generally,  the average size of a snowboard is around 5 feet in length and about 25 cm in width. Furthermore, snowboard riders practice many styles of snowboarding such as freestyle, alpine and freeriding, and is equipped with a certain type of equipment specific for different terrains and competitions.

Similarities Between Surfing and Snowboarding

Difference Between Surfing and Snowboarding

Moreover, surfing is mainly done on open water surfaces, even though some surfing styles can be practiced on the ground and air as well. However, snowboarding is always done on land, mainly during the season of winter.

Weight Distribution over the Boards

Surfing is usually based over the tail of the surfing board. In contrast, snowboarding is based over the middle, towards the front half of the board. Simply put, when you are snowboarding, it is necessary to lean forward and adjust your weight on your front foot in order to start riding. When it comes to surfing with waves, you need to place your weight centrally but also slightly over the back of the board.