However, both, wake surfing and wakeboarding are similar water sports that involve a rider trailing behind a boat. Nevertheless, in wake surfing, a rider is surfing the wave created by the boat without the use of a rope. But, in wakeboarding, a boat in front of a rider tows the rider with a rope while performing aerial manoeuvres. 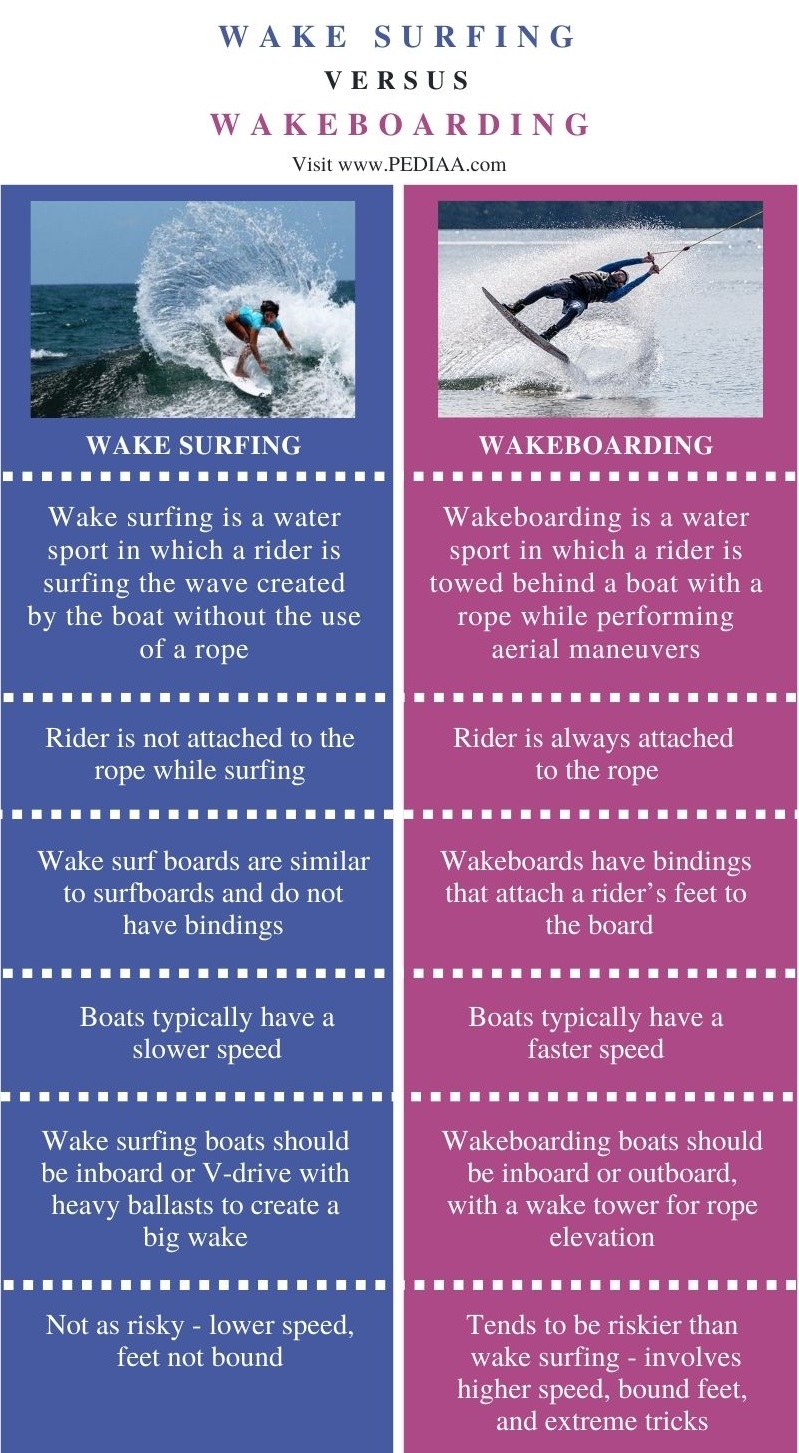 What is Wake Surfing

Wake surfing is a relatively new water sport that involves a rider trailing behind a boat. Here, the surfer rides the motorboat’s wake without the boat directly pulling the surfer. Also, the surfers usually start by lying in the water with their feet on the board, ready to stand up quickly. They hold on to the towrope as the boat speeds up. Once the boat reaches a good speed (around 9 to 11 miles per hour), surfers jump to a standing surfing position and drop the rope. They can then surf through the wake created by the boat. Surfers can ride this wave for up to 5 minutes or more. Master surfers, especially, can even perform spins, tricks, and other stunts. 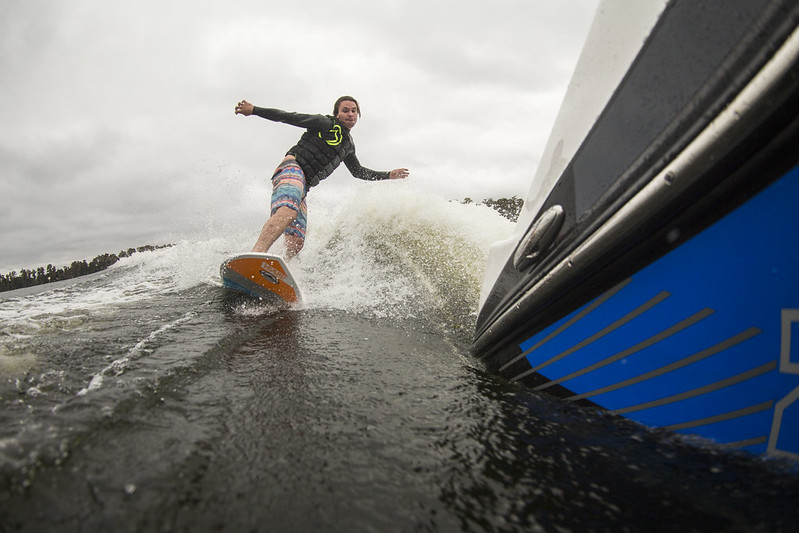 Surfers usually use a short surfboard, typically about five feet, for wake surfing. There are special boards designed specifically for wakes. Wakeboard boats or inboard skis are the most preferred boats for this water sport. This is because their propellers are located under and are less likely to come into contact with the surfers. Sometimes, they add extra weight to the boat to increase the magnitude of the wake, making this sport more challenging.

Wakeboarding is a water sport in which a rider standing on a board is towed behind a motorboat across its wake. Typically, a cable attached to the boat tows the rider. In wakeboarding, riders often perform aerial manoeuvres. We can describe snowboarding, surfing, and water-skiing techniques. Moreover, this sport was developed in the 1980s in Australia and New Zealand. At that time, people called it skurfing. 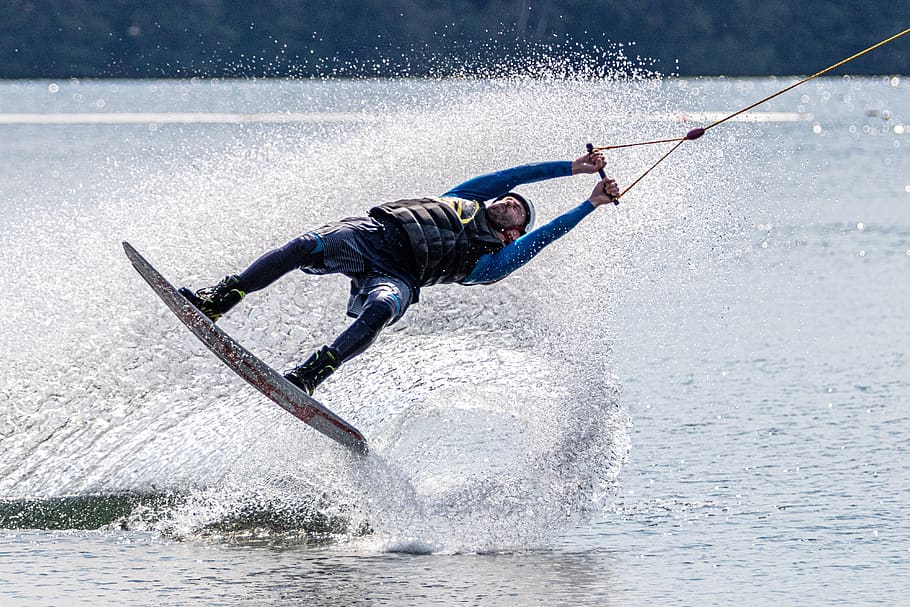 In wakeboarding, the rider hops on the wakeboard and follows the cable. When they stand on the edge of the board, they can move from side to side. They also perform jumps and other stunts by riding towards the wake of the board and launching into the air. Most riders personalize their gear and boards according to their liking. But, the materials used in making most wakeboards are typically honeycomb, foam, and coated fiberglass. Riders practice wakeboarding in natural waters like lakes, rivers, and other sources of open water.

Difference Between Wake Surfing and Wakeboarding

Wakeboards have bindings that attach a rider’s feet to the board, while wake surf boards are similar to surfboards and do not have bindings. Moreover, the latter relies on the surfer’s feet gripping the board.

Wakeboarding boats typically have a faster speed, while wake surfing speeds have a slower speed.

Wakeboarding tends to be riskier than wake surfing since it involves higher speed, bound feet, and extreme tricks.

In wake surfing, a rider is surfing the wave created by the boat without the use of a rope. But in wakeboarding, a rider is towed behind a boat with a rope while performing aerial maneuvers. This is the main difference between wake surfing and wakeboarding. Although they are similar, they involve different gear, equipment, skills, and risk levels.