Therapeutic and reproductive cloning are two processes of creating embryos mainly for therapeutic as well as research purposes. The technique of biotechnology associated with both processes is somatic-cell nuclear transfer. 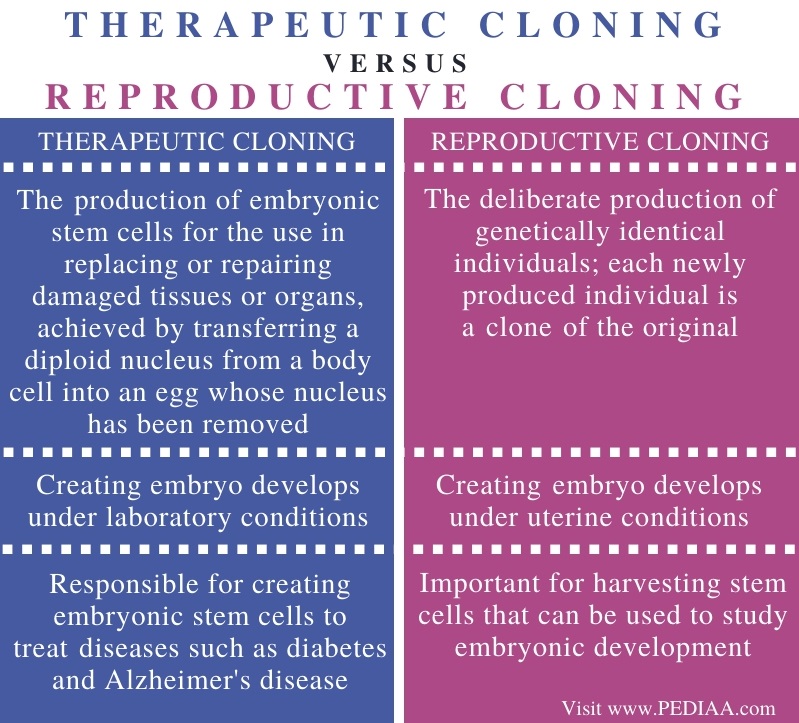 What is Somatic Cell Nuclear Transfer

Somatic-cell nuclear transfer (SCNT) is a laboratory technique of genetics and developmental biology for creating a viable embryo from a body cell and an egg cell. This technique basically involves the removal of the nucleus from an egg cell and inserting a nucleus from the adult cell to be cloned. After that, under the influence of cytoplasmic factors, the transferred nucleus becomes a zygote. Then, the zygote develops into the blastocyst stage, creating embryonic stem cells from the inner cell mass of it. 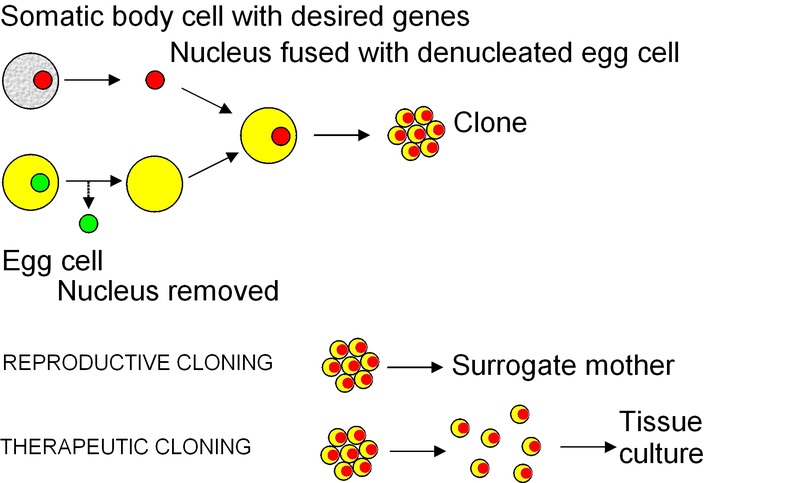 Furthermore, there are two types of cells participating in the procedure of somatic-cell nuclear transfer. They are the egg cells and the somatic cells. Here, the egg cells are taken from consenting donors through ovarian stimulation. Body cells,  such as liver cells, skin cells, fat cells, etc., on the other hand, serve as somatic cells. However, the removal of the genetic material of the egg cell leaves it deprogrammed. Nevertheless, the insertion of the nucleus of a somatic cell into the empty egg cell reprogrammes the host egg cell for further development into the blastocyst. 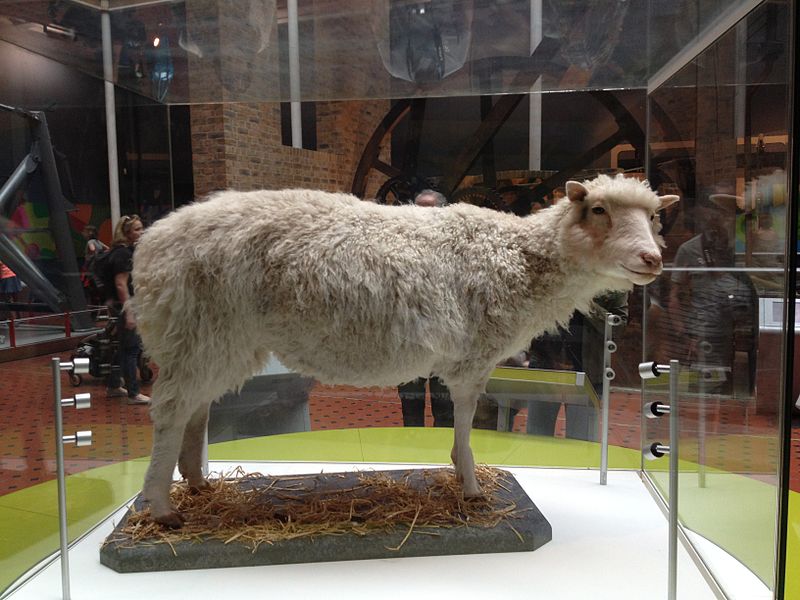 Figure 2: The Taxidermied Body of Dolly, the Sheep

Since the egg cell has the genetic material from the somatic cell, many mitotic cell divisions are responsible for the creation of a blastocyst with embryonic stem cells that are genetically similar to the donor of the somatic cell. Now, isolated cell lines from the blastocyst take part in either therapeutic or reproductive cloning.

What is Therapeutic Cloning

Therapeutic cloning is one of the applications of somatic-cell nuclear transfer with the hopes of treating diseases such as diabetes, stroke, spinal cord injury, Parkinson’s disease, and Alzheimer’s disease. Generally, in the case of Alzheimer’s disease, the nucleus is taken from the skin cells of the patient in order to implant an empty egg cell. Later, the developing blastocyst would produce embryonic stem cells that are genetically similar to the patient. 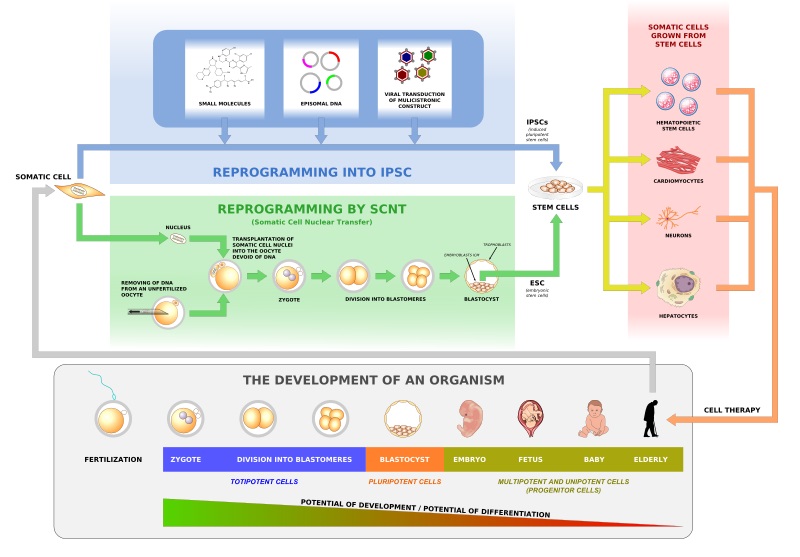 The main feature of therapeutic cloning is that the development of the egg cell into the blastocyst occurs under laboratory conditions. Using this technique, the implanting egg cell can develop into various types of body cells depending on the type of nucleus it bears. Thus, therapeutic cloning is important for developing various types of induced pluripotent stem cells.

What is Reproductive Cloning 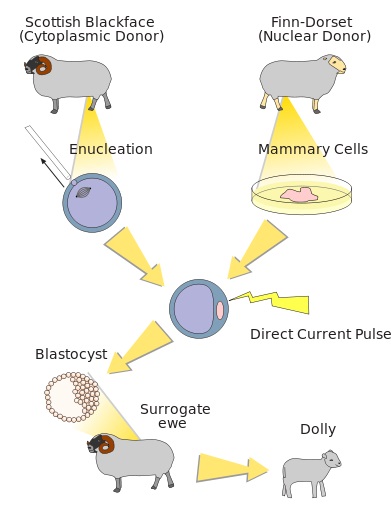 Following the birth of Dolly in the 1990s, reproductive cloning entailed the removal of the entire nucleus from a somatic cell and insertion of it to an enucleated egg cell. Here, Wilmut’s team of scientists needed 277 tries to create Dolly. Subsequently, in 2007, attempts were made to create a macaque monkey clone with the use of 100 cloned embryos. However, none of them gave rise to a viable pregnancy. More recently, scientists at Stemagen cloned five human embryos in order to perform molecular analysis. Furthermore, reproductive cloning through somatic-cell nuclear transfer is a very intricate process. This is due to the survival rates of the developing fetus during gestation are very low, and most are born with birth defects. Therefore, scientists have to create a higher number of embryos in order to become successful.

Similarities Between Therapeutic and Reproductive Cloning

Difference Between Therapeutic and Reproductive Cloning

Therapeutic cloning refers to the production of embryonic stem cells for the use in replacing or repairing damaged tissues or organs, achieved by transferring a diploid nucleus from a body cell into an egg whose nucleus has been removed. Reproductive cloning refers to the deliberate production of genetically identical individuals; each newly produced individual is a clone of the original.

Development of the Embryo

Moreover, therapeutic cloning is responsible for creating embryonic stem cells to treat diseases such as diabetes and Alzheimer’s whereas reproductive cloning is important for harvesting stem cells that can be used to study embryonic development.