The main difference between trait and character is that a trait is a state of a character, which is a distinct variation of a phenotypic characteristic of an organism whereas a character is a recognizable feature, which helps in the identification of the organism.

Trait and character are two terms used in genetics interchangeably to describe features of organisms. A combination of two traits occurs in an organism and they can be either inherited or determined by environmental factors. As an example, the blue eye color is a trait while the eye color is a character of the organism. 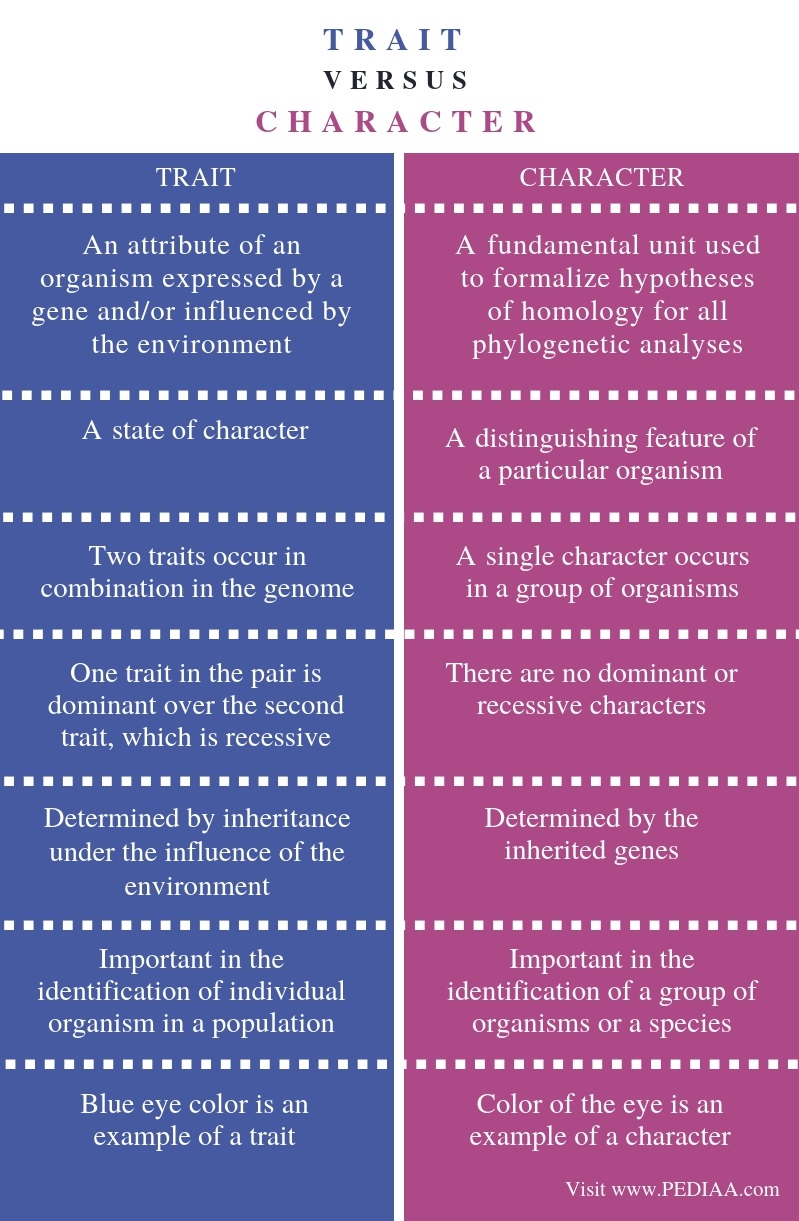 What is a Trait

A trait is a distinct variant of a character of an organism. Hence, it can be identified as a character state. A particular trait of an organism is inherited from the parents and its expression is determined under the influence of the environment. A trait can be either observable or measurable. Each trait occurs in combination with another trait of the character. But, only one trait of the pair is expressed and it is called the dominant trait. Meanwhile, the unexpressed trait is called the recessive trait.

As an example, black color hair is an example of a trait while the hair color is the character of the organism. This means a particular character has several traits. Some traits of the character ‘human hair color’ are black, brown, blonde, red, and white.

What is a Character

A character is an observable feature of a particular group of organisms. Characters are inherited as genes by organisms from their parents. One gene can determine several characters while several genes are responsible for the determination of a particular character. 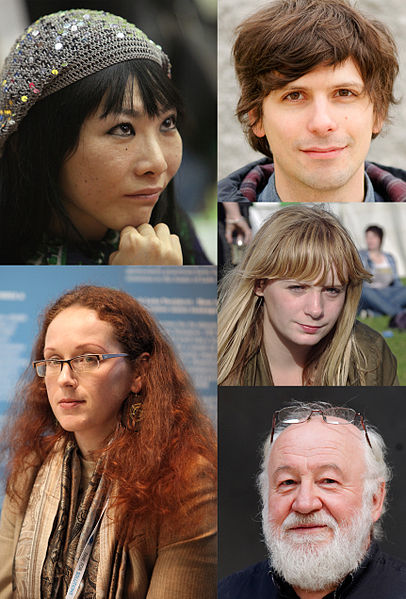 Similarities Between Trait and Character

Difference Between Trait and Character

A trait refers to an attribute of an organism expressed by a gene and/or influenced by the environment while a character refers to a fundamental unit used to formalize hypotheses of homology for all phylogenetic analyses. Hence, this is the basic difference between trait and character.

The main difference between trait and character is their correspondence. A trait is a state of character while a character is a distinguishing feature of a particular organism.

Also, the occurence is another difference between trait and character. Two traits occur in combination in the genome while a single character occurs in a group of organisms.

Furthermore, one trait in the pair is dominant over the second trait, which is recessive, However, there are no dominant or recessive characters.

A trait is a state of a character, which is a distinguishing feature of a particular group of organisms. A trait is inherited from parents and is expressed under the influence of the environment. The main difference between trait and character is their correspondence.