Troponin and tropomyosin are two types of proteins that occur in the cardiac and skeletal muscles, regulating muscular contraction via calcium-binding. 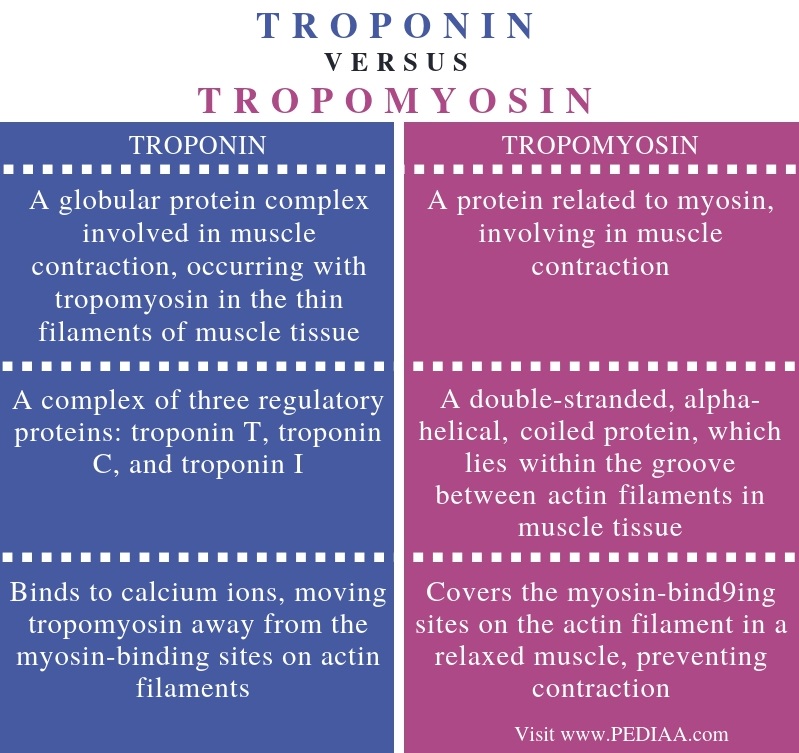 Troponin is a complex of three regulatory proteins, which play a key role in the contraction of cardiac and skeletal muscles. These three regulatory proteins are troponin C, troponin T, and troponin I. Generally, the sarcomere is the structural unit of a myofibril in striated muscles. Moreover, it is a repeating unit between two Z lines. Moreover, the two main types of proteins in these muscles are actin and myosin. Actin forms thin filaments while myosin forms thick filaments. They also have a long fibrous tail and a globular head. The globular head binds to actin as well as ATP. 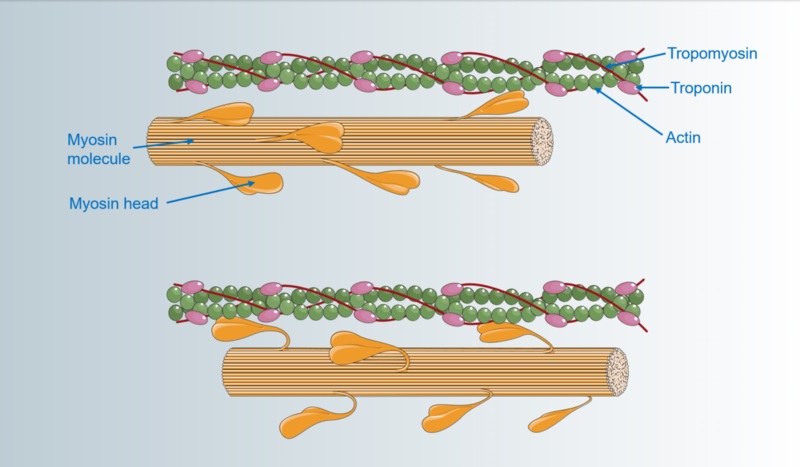 Tropomyosin is a coiled protein consisting of double-stranded alpha-helical structure. It forms smooth and thin filaments, which lie along the α-helical groove of most actin filaments, covering the myosin-binding sites on the actin filaments at rest. Thus, this prevents muscular contraction. However, upon the stimulation by an action potential, muscle cells open calcium channels on the sarcoplasmic membrane, releasing calcium into the sarcoplasm. Routinely, this calcium binds to troponin, changing its conformation. Basically, the calcium-bound troponin moves tropomyosin filaments away from the myosin-binding sites on the actin filaments. Ultimately, the binding of actin to myosin filaments causes the cross-bridge formation, contraction the muscle fibers. 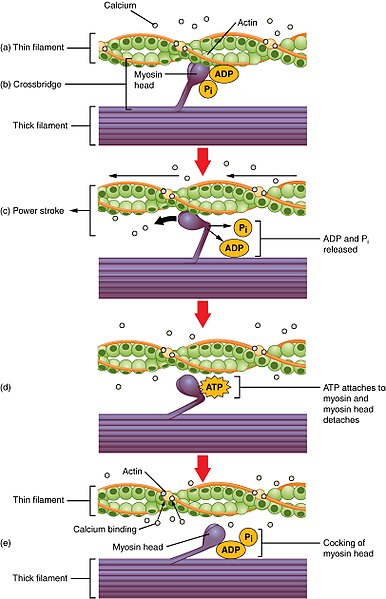 Similarities Between Troponin and Tropomyosin

Difference Between Troponin and Tropomyosin

While troponin is a complex of three regulatory proteins: troponin T, troponin C, and troponin I, tropomyosin is a double-stranded, alpha-helical, coiled protein, which lies within the groove between actin filaments in muscle tissue.