The main difference between vodka and whisky is that vodka is made from food that contains sugar and starch, like potatoes, molasses, fruits, rice, barley, corn, and rye, whereas whisky is made by fermenting wheat, rye, and malted barley.

Both these are two popular alcoholic beverages that need fermentation and heating. If you consume them moderately, both of them have health benefits. 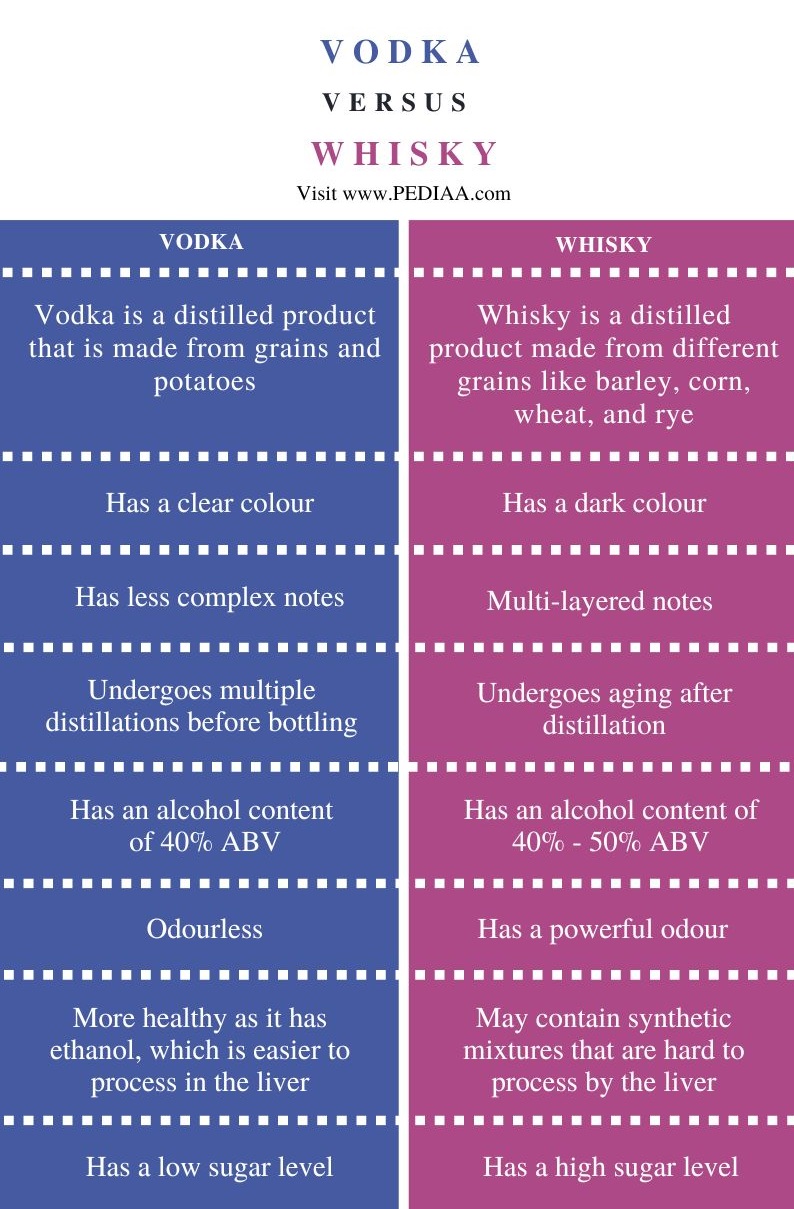 Vodka is a distilled alcoholic beverage that is made from grains and potatoes. Its origins are in Russia and Poland, but at present, it is made all over the world, especially in the United States and Europe. They are the main suppliers of the world’s Vodka market. Meanwhile, United States Vodka is the most popular type for cocktails, shots, and mixed drinks. In fact, it is compulsory in every bar. 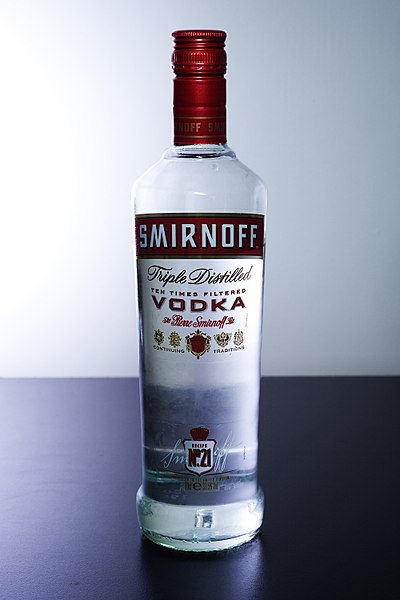 Vodka is popular all over the world at present, but Russians and Eastern Europeans drink it the most. There are about 64 calories in each shot of vodka. This beverage has a silky, grainy, and oily taste. Vodka like Stolichnaya has a clean, watery, and medicinal taste. It can be served straight, chilled, in cocktails, on the rocks, or shots. There are also different flavours. There are flavours like berries, pineapple, and pomegranate but the most popular ones are citrus and vanilla.

Vodka usually undergoes at least three distillations, while some undergo five or more distillations. The more distilled it is, the cleaner and smoother it becomes. After this, it undergoes filtration through charcoal. Then it is ready for consumption. Some popular Vodka cocktails are Cosmopolitans, Bloody Marys, Vodka Martinis, and Vodka Tonics. Meanwhile, some popular Vodka brands are Absolut, Belvedere, Grey Goose, Smirnoff, and Stolichnaya.

Whisky is a distilled alcoholic beverage made from different grains like barley, corn, wheat, and rye. It is mostly popular in Ireland, Scotland, the United States, Canada, and Japan. But now, it is distilled worldwide because it is used in many cocktails and shot recipes. It has about 70 calories in one shot and tastes grainy, oaky, rich vanilla, and caramel. You can serve whisky straight, in cocktails, shots, and on the rocks. 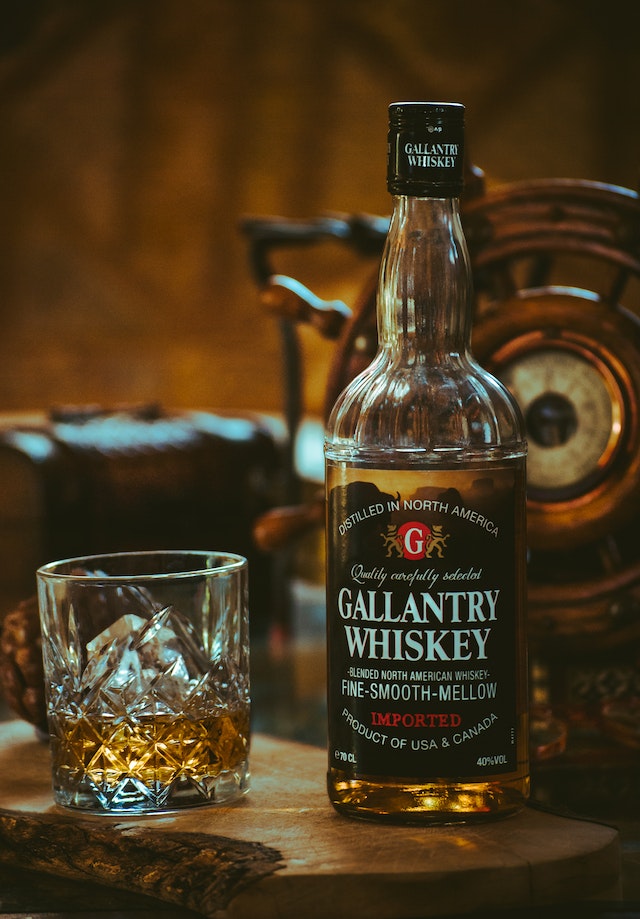 In the past, people used whiskey as a medicine, as an external antibiotic, and as an internal anaesthetic. Moreover, the distilling method came to Ireland and Scotland between 1100 and 1300 with monks. At that time, barley beer was distilled, and it became known as whisky. After distillation, whiskey undergoes aging in barrels for some years. This method darkens the whisky, softens the alcohol, and gives oak and wood flavours to it. After that, it is blended with other whisky or other barrels and then bottled so that it has 40% alcohol. Furthermore, some types of whisky are Irish Whisky, Scotch Whisky, Bourbon Whisky, Tennesse Whisky, Canadian Whisky, and Japanese Whisky.

Difference Between Vodka and Whisky

Vodka has a clear colour, whereas whiskey has a dark colour.

Vodka is odourless, whereas whiskey has a powerful odour.

Vodka is more healthy as it has ethanol, which is easier to process in the liver, whereas whiskey may contain synthetic mixtures that are hard to process by the liver.

In addition, whiskey has a high sugar level than vodka.

Vodka is an alcoholic beverage that originates from grains and potatoes. It has other sugar and starchy foods like molasses, fruits, rice, barley, corn, and rye. Whisky, on the other hand, is a distilled product made from different grains like barley, corn, wheat, and rye. Vodka undergoes multiple distillations before bottling whiskey undergoes aging after distillation. Thus, this is the summary of the difference between vodka and whiskey.