Home » General » What is the Difference Between Worm Farm and Compost

Worm farm and compost are two common methods of producing nutrient-rich organic fertilizers using food scraps and other waste materials. You can easily make both these systems in your garden. Each of them has its own advantages and disadvantages. 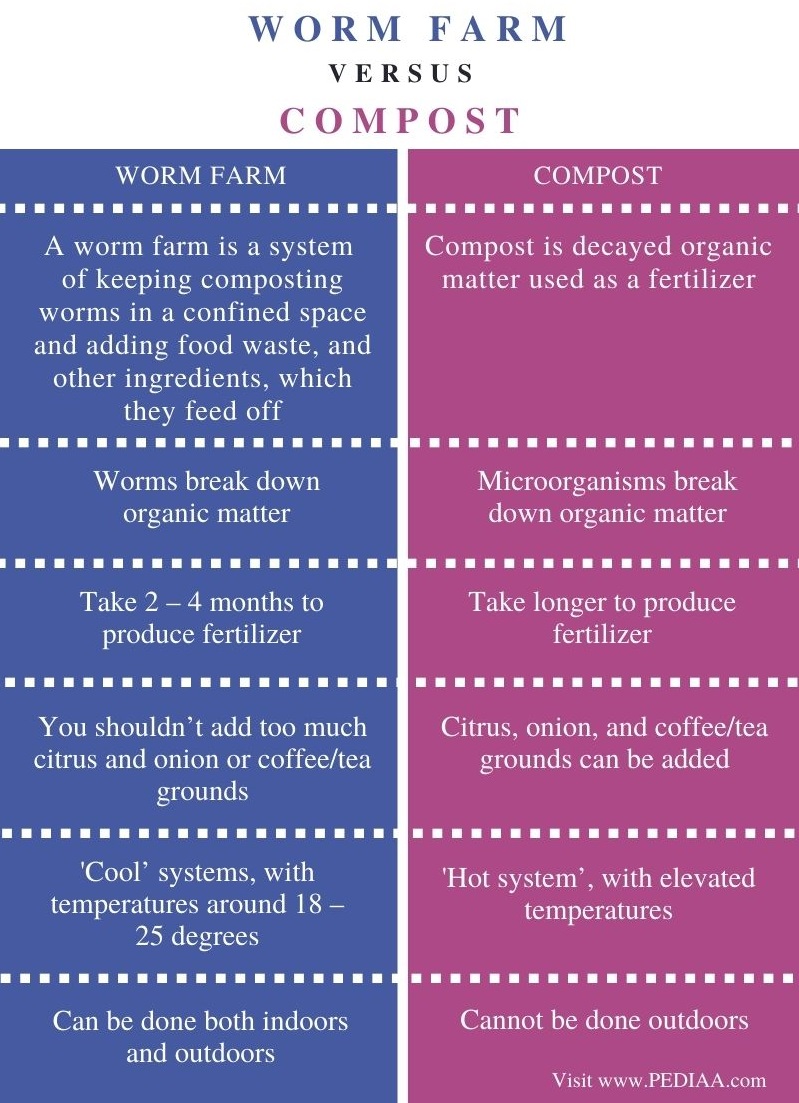 What is a Worm Farm

A worm farm is a system of keeping composting worms in a confined space and adding food waste, and other ingredients, that they feed off. These worms break down organic matter to produce worm manure (also known as worm castings or vermicast), which contain a higher saturation of nutrients and reduced levels of contaminants. However, only a few types of worms can be used to make a worm farm; red worms, and European nightcrawlers are some of them. Red wrigglers are the most commonly used worms in worm farms. This is due to their voracious appetites and high breeding rates. 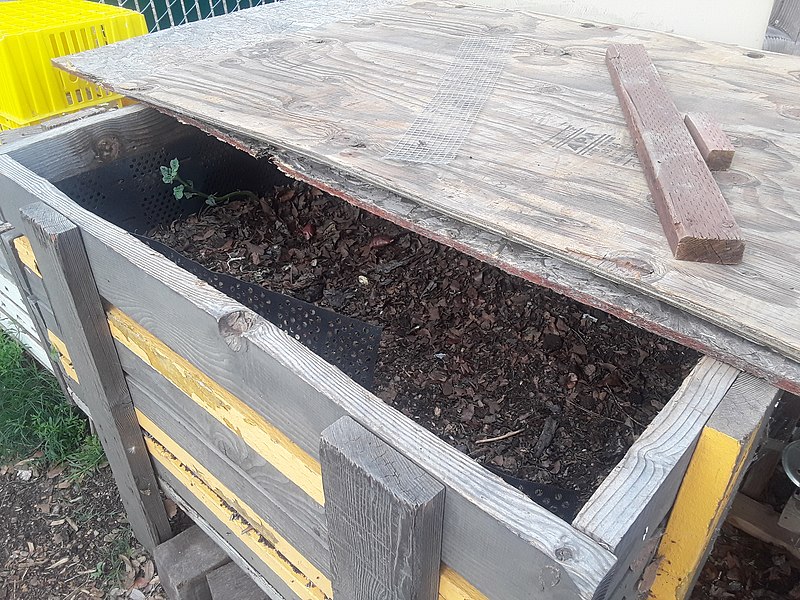 The final product of worm farms is vermicompost, which contains water-soluble nutrients. This is a nutrient-rich organic fertilizer and soil conditioner. The process of producing vermicompost is known as vermicomposting.

Compost is decomposing organic matter. We can add compost to the soil to help plants grow. The nutrients in compost make the soli rich, healthy and conducive to plant growth. The process of forming compost is called composting. This is nature’s process of decomposition. Decomposition involves microorganisms, air, and water.

Composting basically requires three types of ingredients: browns, greens, and water. Browns involve materials like dead leaves, branches and twigs. Greens, on the other hand, involves grass, vegetable waste, fruit peels, and other food waste. Having the right amounts of these three ingredients is important for composting. Moreover, for the composting to happen effectively, microorganisms require carbon, nitrogen, oxygen and water. The greens tend to be rich in nitrogen while the browns tend to be rich in carbon. 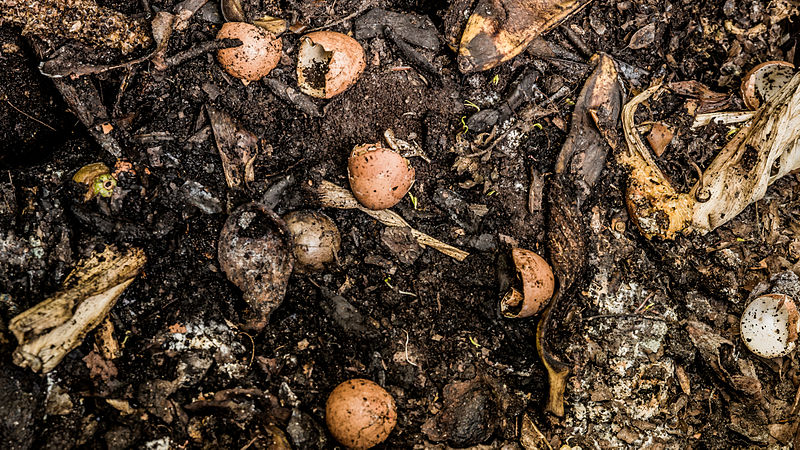 There are many ways to make compost at home. First, you have to find an appropriate place in your yard – preferably a dry, shady place near a water source. Then, add the browns and greens as they collect; chop or shred the larger pieces. Also, make sure to moisten the dry ingredients. When the compost is dark and rich in colour, it’s ready to use. This may take some months.

Composting has many benefits. Mainly, it reduces waste and creates a free garden resource. It also enriches the soil and helps plant growth. Moreover, it reduces the need for chemical fertilizers. In addition to all the above, it’s relatively easy and cheap to make.

Difference Between Worm Farm and Compost

A worm farm is a system of keeping composting worms in a confined space and adding food waste, and other ingredients, which they feed off. Compost, on the other hand, is the decayed organic matter used as a fertilizer.

You shouldn’t add too much citrus and onion or coffee/tea grounds to worm farms, but you can add them in composting.

A worm farm is a ‘cool’ system, with temperatures around 18 – 25 degrees, while regular composting is a ‘hot system’, with elevated temperatures.

Furthermore, worm farming can be done both indoors and outdoors while hot composting cannot be done outdoors.