Home » General » What is the Difference Between Yacht and Ship

The main difference between yacht and ship is that a yacht is small and is mainly used for entertaining purposes, whereas a ship is bigger and is used to carry passengers and cargo.

Although both travel on water, there are considerable differences between yachts and ships. 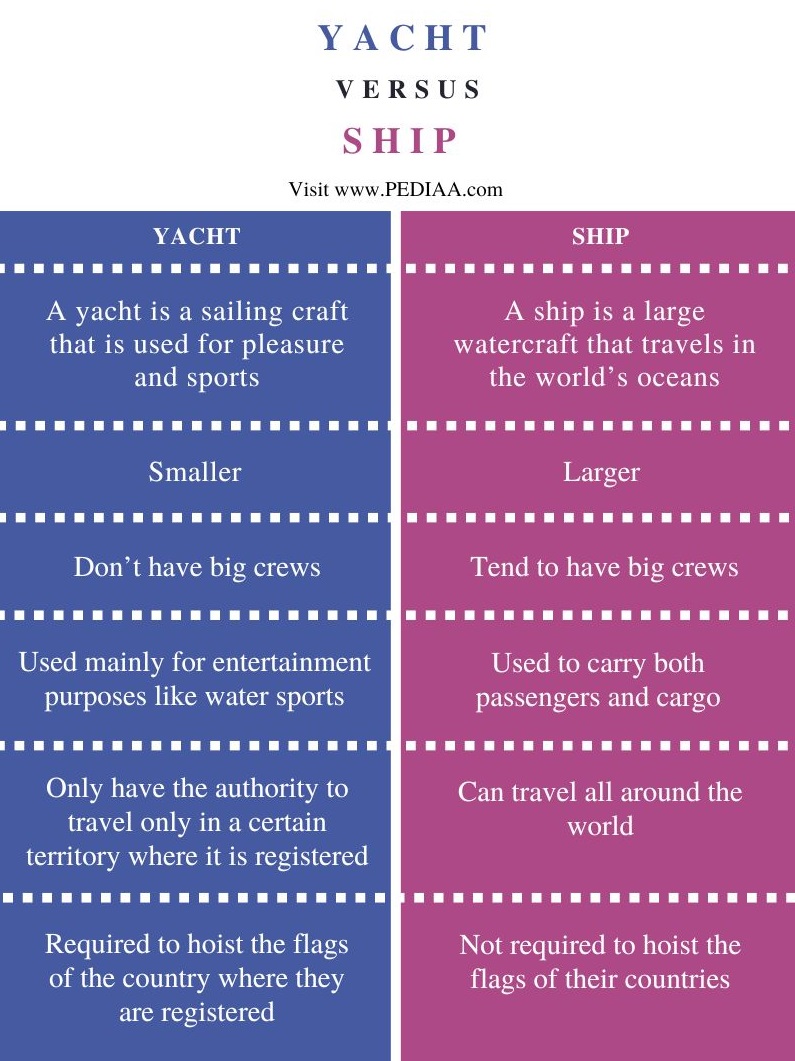 What is a Yacht

A yacht is a sailing craft that is used for pleasure and sports. There are different types of yachts, like sailing yachts, motor-powered yachts, gullet yachts, luxury yachts, and sports yachts. The size of a yacht can be different from one another, starting from 10m long to hundreds of feet. A yacht consists of at least one cabin for the crew to sleep on board. At the same time, a yacht is large enough to have some form of sleeping quarters as well as a kitchen and a bathroom. 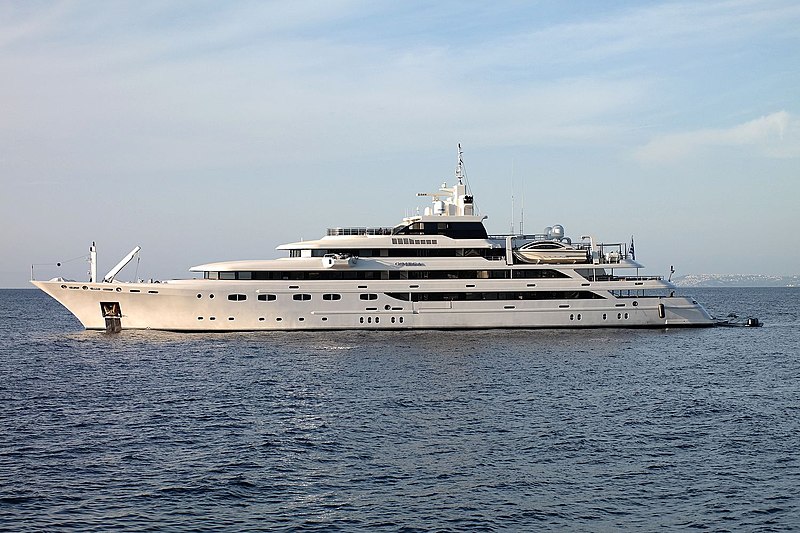 People mainly use the yachts for pleasure which include cruising, entertaining, water sports, fishing, or year-round accommodation. A mega yacht refers to a yacht that is bigger than 50 meters. Normally, a yacht hoists a flag of the country of its registration. According to international marine law, a yacht should be in the territory of the country of the flag it flies. If a yacht does not fly a flag, military vessels have the authority to stop it and investigate.

What is a Ship

A ship is a large watercraft that travels the world’s oceans. Ships carry passengers as well as cargo. Also, you can see ships going on defensive missions all around the world. They are very large in size, so they can carry around a ton. Generally, ships operate in oceanic areas and high seas. They consist of complex navigation systems and advanced engineering systems. Furthermore, ships have very complicated structures with advanced design aspects. These advanced machinery systems always contribute to the stability and safety of the ship. Ships have dedicated engines to boost them. At the same time, there are separate marine engineers to look after the engines of ships since they require great engineering skills.

Ships earn revenue by transporting either passengers or cargo. Thus, people use ships for commercial purposes. The whole responsibility of the ship and its cargo/passengers lies with the captain of the ship. He is the head person who has the authority to give commands as well as safeguard the vessel. The captain of a ship is a well-qualified and high-grade licensed mariner.

Similarities Between Yacht and Ship

Difference Between Yacht and Ship

A yacht is a sailing craft that is used for pleasure and sports, while a ship is a large watercraft that travels in the world’s oceans.

Ships are larger than yachts.

Although ships are used to carry both passengers and cargo. Yachts are used only for entertainment purposes like water sports.

Since yachts are very luxurious, there is a possibility of earning better revenue when compared to ships.

Yachts only have the authority to travel only in a certain territory where it is registered, while a ship can travel all around the world.

The main difference between yacht and ship is that a yacht is smaller than a ship. In addition, yachts are mainly used for entertaining purposes, whereas ships are used to carry passengers and cargo.