This article will look at,

What is the Structure of Hemoglobin

Hemoglobin is a multi-subunit globular protein, which has a quaternary structure – four globin subunits are arranged in a tetrahedral structure. Each globular protein subunit contains a protein chain which is associated with non-protein, prosthetic heme group. The alpha-helix structure of the globin proteins creates a pocket which binds the heme group. Globin proteins are synthesized by ribozymes in the cytosol. The Heme part is synthesized in the mitochondria. A charged iron atom is held in the porphyrin ring by covalent binding of iron with four nitrogen atoms in the same plane. These N atoms belong to the imidazole ring of the F8 histidine residue of each of the four globin subunits. In hemoglobin, iron exists as Fe2+. 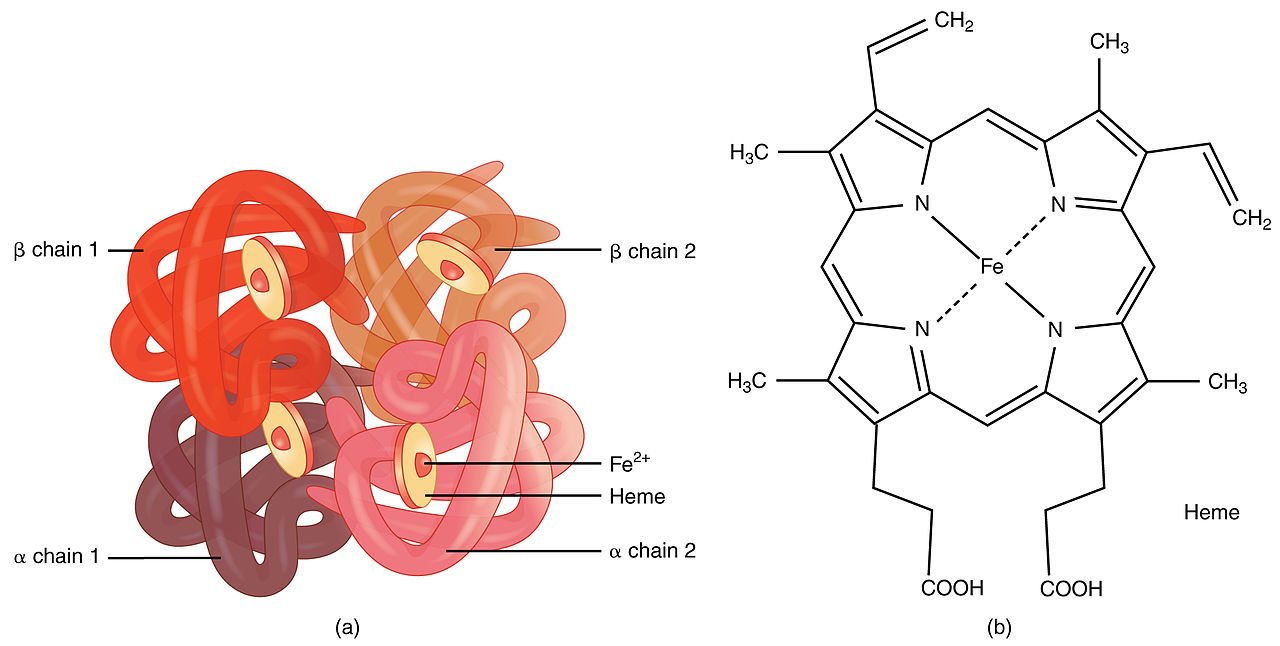 What is the Function of Hemoglobin in the Human Body

The major function of hemoglobin is the transportation of oxygen from lungs to all the tissues of the body. The oxygen binding capacity of hemoglobin is 1.34 mL O2 per gram. Each globin subunit of the hemoglobin molecule can bind with one Fe2+ ion. The affinity of hemoglobin towards oxygen is gained by the Fe2+ ion. Each Fe2+ can bind with one oxygen molecule. The binding of oxygen oxidizes Fe2+ into Fe3+. One atom of the oxygen molecule, which binds to Fe2+ becomes a superoxide, where the other oxygen atom protrudes at an angle. The oxygen-bound hemoglobin is referred to as oxyhemoglobin. When blood reaches an oxygen deficient tissue, oxygen is dissociated from hemoglobin and diffused into the tissue. The O2 is the terminal electron acceptor in the process called oxidative phosphorylation in the production of ATP. The removal of O2 turns the iron into its reduced form. The oxygen-unbound hemoglobin is referred to as deoxyhemoglobin. Oxidation of Fe2+ into Fe3+ creates methemoglobin which cannot bind with O2. 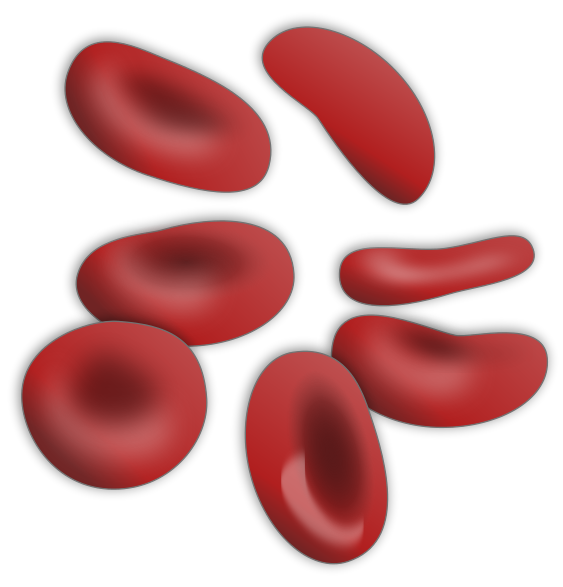 Hemoglobin maintains the blood pH at 7.4. Accumulation of carbon dioxide in the blood decreases the pH from 7.4. The change of the pH can be reversed by ventilation. Due to this buffering action of hemoglobin, all the enzymatic reactions in the body, which prefers this pH, can take place without any disturbance.

Hemoglobins also bind to other ligands such as carbon monoxide, nitrogen oxide, cyanide, sulfur monoxide, sulfide, and hydrogen sulfide. Binding of carbon monoxide may sometimes be lethal because the binding is irreversible. Hemoglobin can also transport drugs to their site of action.

Aging and defects in the cell can kill the red blood cells, accumulating various physiologically active catabolites. Hemoglobin of the dead red blood cells is cleared from the circulation by the hemoglibin transporter, CD163. Heme degradation, which occurs in monocytes and macrophages, is a natural source of the carbon monoxide generation. Bilirubin is the final product of heme degradation. It is secreted as bile into intestine. Bilirubin is converted into urobilinogen which is found in feces, giving the unique yellow color. On the other hand, iron, which is removed from heme is converted to ferritin and stored in tissues for the later use.

Hemoglobin can also be found in other cells of the body than red blood cells. Other hemoglobin carrying cells are macrophages, alveolar cells in lungs and mesangial cells in the kidney. Hemoglobin functions as a regulator of iron metabolism and an antioxidant in these cells.