What is Absorption Costing

Costs assigned to products under absorption costing are as follows;

Absorption costing ensures that all incurred costs are recovered from selling price of a good or service. Opening and closing inventory are valued at full production cost under absorption costing.

Let’s consider the below example.

A factory produces product ‘A’ which sells at $50,000 each. The direct cost of manufacturing a unit of the product is $10,000 for materials and $20,000 for direct labour. The fixed overhead expense in one year is $10 million. Direct labour hours related to each unit of product are 100 hours.  The capacity of labour in one year is 100,000 hours.

If overheads could be allocated based on labour hours, an overhead absorption rate for product A could be calculated as follows;

As each product sells at $50,000, absorption costing system calculates a profit of $10,000 on each unit sold of product A. 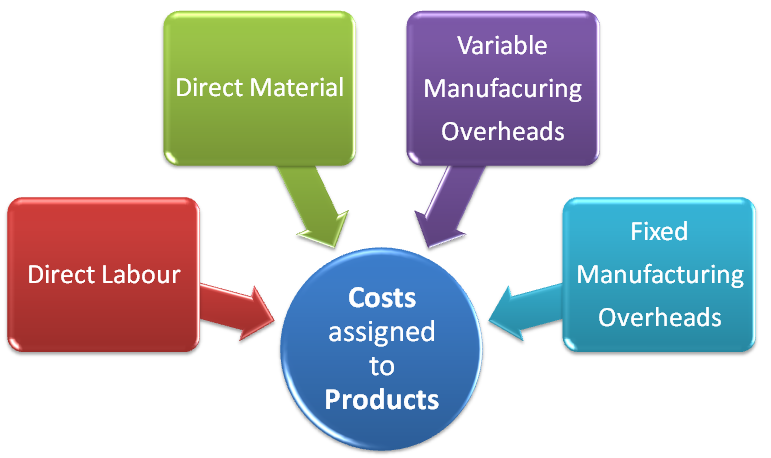 What is Marginal Costing

Marginal costing is the principal costing technique used in decision making. The main reason for this is, the marginal costing approach allows management to be focused on changes resulting from the decision in concern.

If we consider the same example as above, marginal cost per unit of product A would be the addition of direct material and direct labour which is $10,000 + $20,000 = $30,000 per unit of A. As each product sells at $50,000, marginal costing system calculates a contribution of $20,000 on each unit sold of product A. Fixed overhead of $10 million will be treated as a periodic cost, not as a cost related to the product. 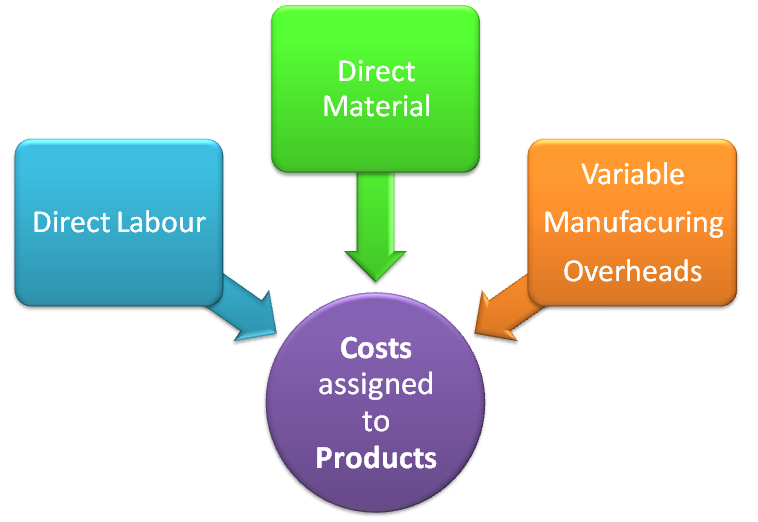 As we have now understood the two terms separately, we will compare the two in order to find other differences between Absorption Costing and Marginal Costing.

Absorption costing is a method of costing a product in which all fixed and variable production costs are apportioned to products.

Marginal costing is an accounting system in which variable costs are charged to products and fixed costs are considered as periodic costs.

Marginal Costing values inventory at a total variable production cost. Therefore, there is no chance of carrying forward unreasonable fixed overheads from one accounting period to the next. However, under marginal costing, the value of inventory is understated.

As inventory values are different under absorption and marginal costing, profits too differ under two techniques.

This is because the fixed overhead brought forward in opening inventory is released, thereby increasing the cost of sales and reducing profits.

In Marginal Costing, fixed production overheads are not shared out among units of production. Actual fixed overhead incurred is charged against contribution as a periodic cost.

Usefulness of the Technique

Marginal Costing does not allocate fixed manufacturing overheads to a product. As a result, marginal costing could be more useful for incremental pricing decisions where a company is more concerned about additional cost required to build the next unit. Identification of variable costs and contribution enables management to use cost information more easily for decision making.

Marginal Costing is often useful for management’s decision making. Exclusion of fixed cost from inventory affects profit. Therefore, true and fair view of financial statements may not be clearly transparent under marginal costing.

In this article, we have attempted to understand the terms absorption costing and marginal costing followed by a comparison to highlight key differences between them. The basic difference between Absorption Costing and Marginal Costing lies in how fixed overhead cost is treated in management decisions of valuation of inventory and pricing. In absorption costing, fixed cost is included in both value of inventory and cost of the product when making the pricing decision whereas marginal costing avoids fixed overheads in both decisions. 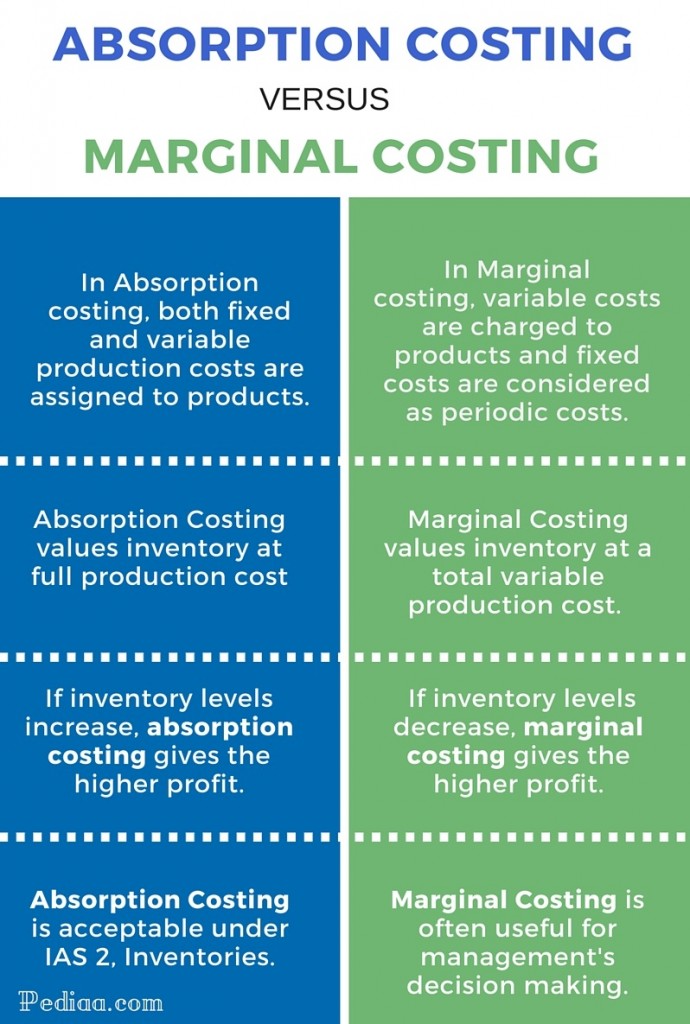