The main difference between accept and except is that accept means to agree with something while except means to separate or exclude something from another. Therefore, these two words have two contrasting meanings.

Moreover, the word accept is a verb while except is often a preposition, and it also acts as a verb in a very formal context. Nevertheless, these two words accept and except are often misinterpreted due to their similarity in the spellings. 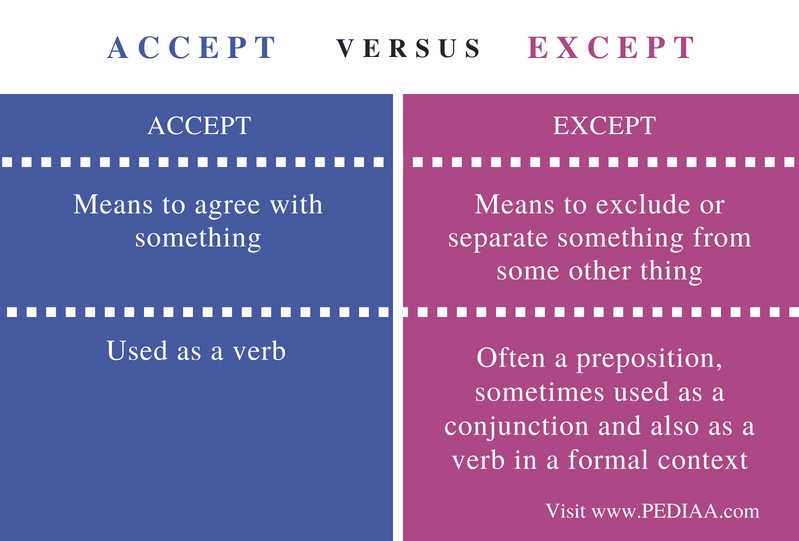 What Does Accept Mean?

Accept is the verb form of the noun Acceptance. Accept means to agree or approve something. Merriam Webster provides several definitions to Accept such as: 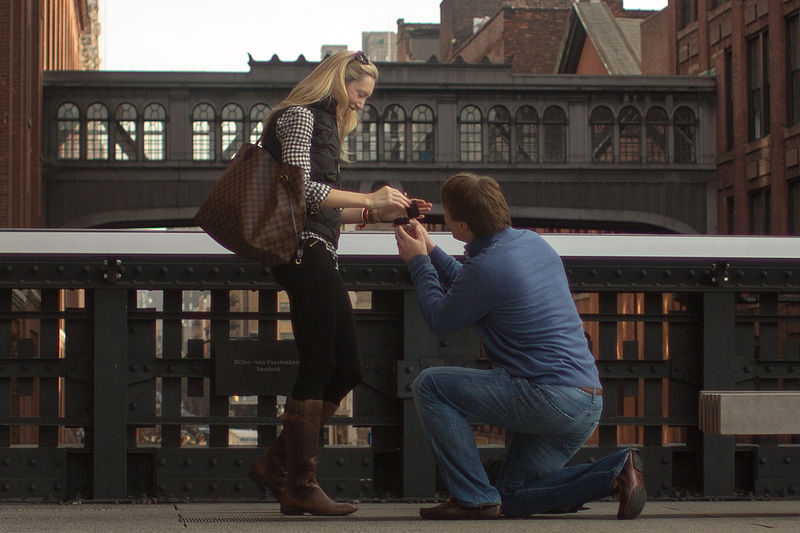 The restaurant accepts all types of VISA payments.

She decided to accept her appointment as chairman.

What Does Except Mean?

The word Except is a preposition, which means ‘with the exclusion or exception of something’. It is also used as a conjunction and as a verb.

Helene obtained A+ for all the subjects except for French.

The restaurant will be open except on Saturdays. 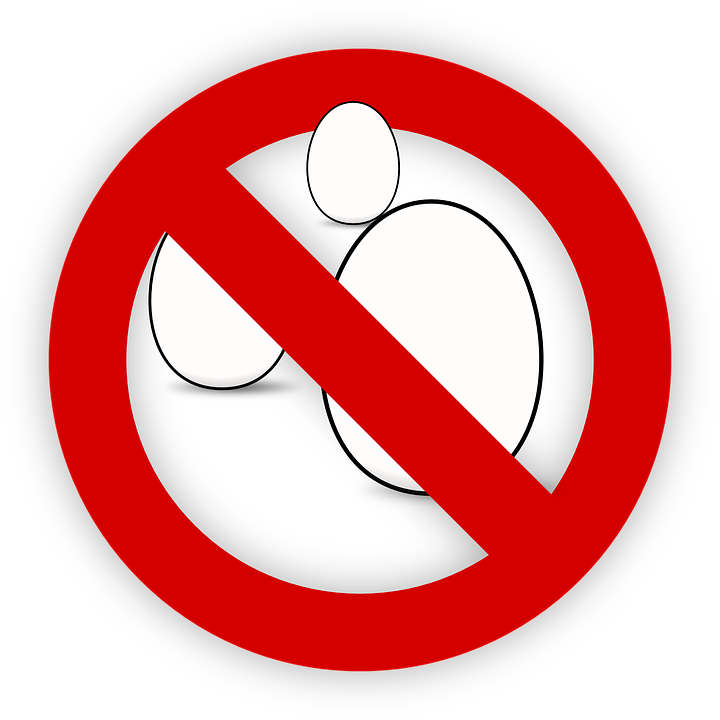 Figure 02: He likes to eat everything except eggs.

The Conjunction Form of Except

It is a well-known fact that my uncle never leaves the house except on weekends to attend the Mass.

She does nothing except watching television.

Moreover, Except also acts as a verb both as a verb, though in a formal context.

As a transitive verb, except means to take, leave out from a number or a whole or to exclude

The Minister took steps to except every protocol impeding the ongoing construction work in the area.

What is the Difference Between Accept and Except?

Accept: Means to agree with something

Except: means to exclude or separate something from some other thing

Accept: Used as a verb

Except: Often a preposition, sometimes used as a conjunction and also as a verb in a formal context