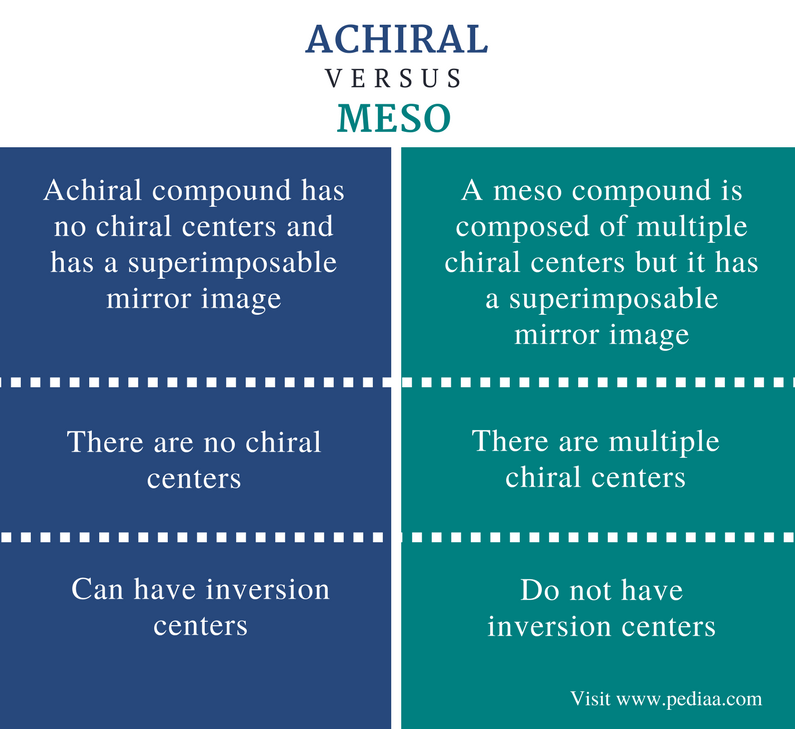 Achiral compounds have a plane of symmetry. This means the arrangement of an achiral molecule at a certain plane can be divided into two identical halves. When an achiral molecule is divided by a hypothetical plane, the two halves are like the mirror images of each other that can be superimposed on each other. One half of the molecule is the exact reflection of the other half.

The term inversion center describes a point on a molecule through which all atoms of the left side can be reflected at 180o to get the other half of that molecule. In other words, if one half from the inversion point is rotated 180o, it gives an identical arrangement to that of the other half of the molecule. In addition, if a certain molecule has a carbon atom at the center attached to four side groups, but those side groups are identical to each other, then it is an achiral molecule. 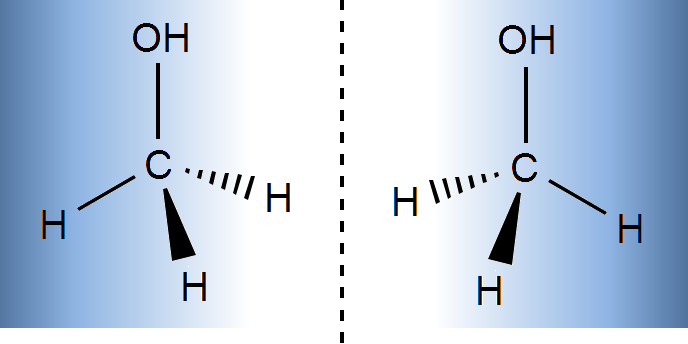 The above molecule has three identical atoms attached to the central carbon atom. Therefore, the molecule is achiral.

Features of an Achiral Compound

In order to be categorized as an achiral compound, a molecule should have:

If a certain molecule has at least one of the above properties, then it is an achiral molecule.

How to Identify a Meso Compound

The following tips may be helpful to identify a meso compound.

Similarities Between Achiral and Meso

Difference Between Achiral and Meso

Achiral: Achiral compound has no chiral centers and has a superimposable mirror image.

Meso: A meso compound is composed of multiple chiral centers but it has a superimposable mirror image.

Achiral: There are no chiral centers in achiral compounds.

Meso: There are multiple chiral centers in meso compounds.

Meso: Meso compounds do not have inversion centers.