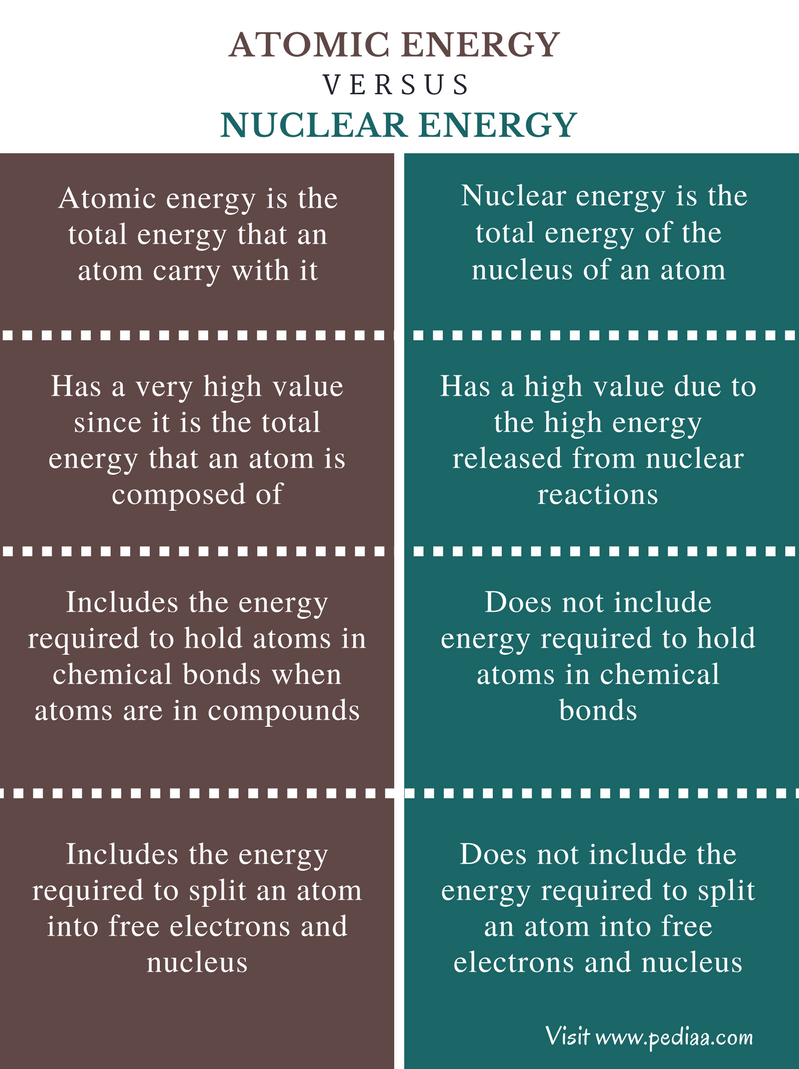 What is Atomic Energy 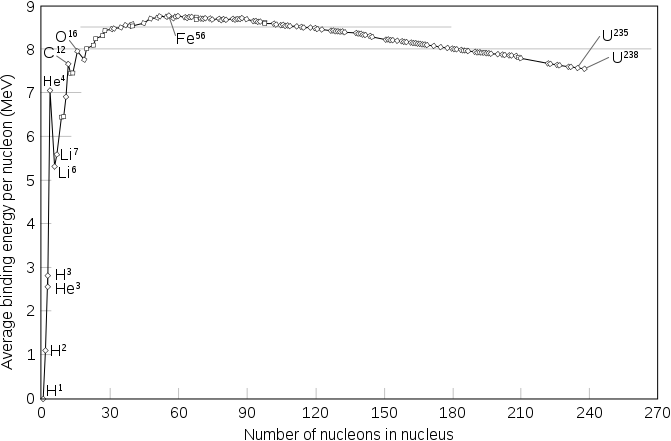 Potential Energy of the Nucleus

Unstable nuclei undergo a special process called radioactive decay in order to obtain a stable state. There, neutrons or proton can be converted into different types of particles which are then emitted from the nucleus.

Energy of Atoms that are in Chemical Bonds

Compounds are composed of two or more atoms. These atoms are attached to each other through chemical bonds. In order to hold the atoms in these chemical bonds, a certain energy is required. This is called inter-atomic energy.

What is Nuclear Energy

A nuclear fission is the splitting of nucleus into smaller particles. These particles are called fission products. When a nuclear fission occurs, the final total mass of fission products is not equal to the total initial mass of the nucleus. The final value is also less than the initial value. The missing mass is converted into energy. The energy released can be found using the Einstein equation.

Where E is the energy released, m is the missing mass and c is the speed of the light.

A nuclear fission can occur in three ways:

Radioactive decay occurs in unstable nuclei. Here, some sub-atomic particles are converted into different forms of particles and are emitted spontaneously. This occurs in order to obtain a stable state.

Nuclear fission can occur through neutron bombardment. When a nucleus is hit with a neutron from the outside, the nucleus may split into fragments. These fragments are called fission products. This releases a high amount of energy along with more neutrons of the nucleus.

Nuclear fission takes place when two or more nuclei combine with each other forming a new single nucleus. A large amount of energy is released here. The missing mass during the process of fusion is converted into energy. 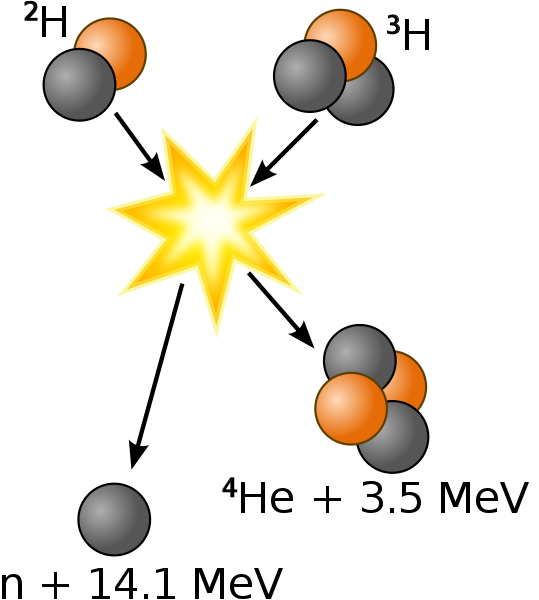 The above examples shows the fusion of Deuterium (2H) and Tritium (3H). The reaction gives Helium (4He) as the end product along with a neutron. The reaction yields a total of 17.6 MeV.

Atomic Energy: Atomic energy is the total energy that an atom carries with it.

Nuclear Energy: Nuclear energy is the total energy of the nucleus of an atom.

Atomic Energy: The atomic energy has a very high value since it is the total energy that an atom is composed of.

Nuclear Energy: Nuclear energy is a high value due to the high energy released from nuclear reactions.

Atomic Energy: Atomic energy includes the energy required to hold atoms in chemical bonds when atoms are in compounds.

Nuclear Energy: Nuclear energy does not include energy required to hold atoms in chemical bonds

Nuclear Energy: Nuclear energy does not include the energy required to split an atom into free electrons and nucleus.