Hydrogen is the first element in the periodic table having atomic number 1. This means hydrogen has one proton in its nucleus. Deuterium is a stable isotope of hydrogen. Since isotopes are atoms of the same element having the same number of protons and different numbers of neutrons, both hydrogen and deuterium are composed of one proton per each nucleus. The main difference between Deuterium and Hydrogen is that Deuterium atoms contain a neutron in their nucleus whereas Hydrogen atoms do not contain any neutrons in their nucleus. 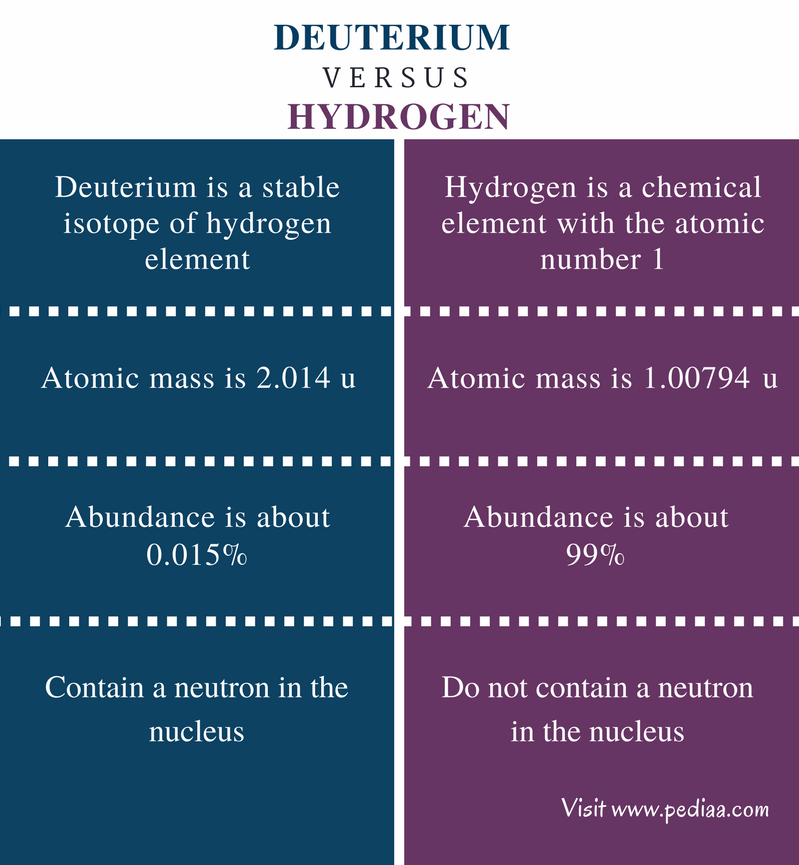 Hydrogen is a chemical element with the atomic number 1. It is the first element of the periodic table of elements. It is composed of a single proton in its nucleus. The standard atomic mass of hydrogen is 1.00794 u.  Hydrogen is the lightest element present on earth. The hydrogen atom can be represented as 11H. 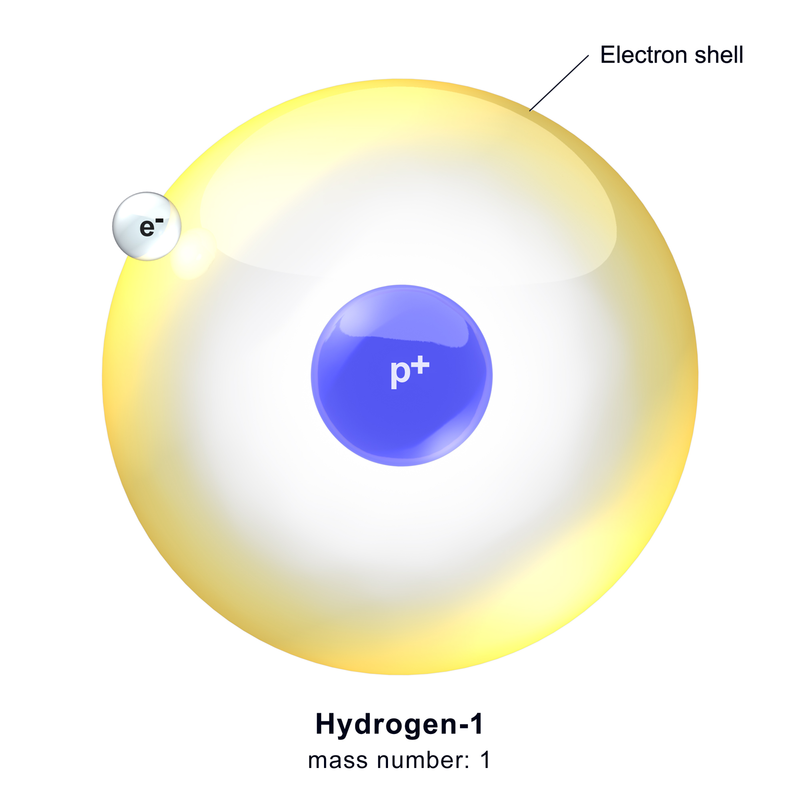 Hydrogen element has three major isotopes. They are Protium, Deuterium, and Tritium. Protium is the most abundant form among these three isotopes. The abundance of it is about 99%. Therefore, it is considered as normal hydrogen. Protium atom is composed of a proton and it has no neutrons. One electron can be observed when it is not in a bond. The electron configuration of hydrogen is 1s1. It has only one s orbital and it has no p orbitals.

Hydrogen is most commonly found as either H2 gas or in the liquid form as water (H2O). When hydrogen is in H2 gaseous form, it is highly flammable and can undergo combustion. Therefore, it is used in the processing of fossil fuels. Hydrogen is also used as the major reactant in the production of ammonia. Another important application of Hydrogen is its use as a coolant for generators in power stations. 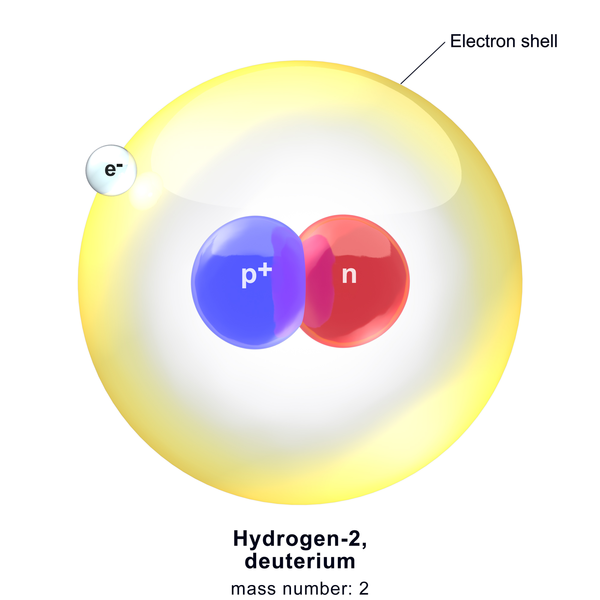 The abundance of deuterium on earth’s crust is about 0.015%. Since deuterium is stable, it is not a radioactive element. It is also called heavy hydrogen because it is heavier than normal hydrogen. Pure deuterium gas is rare to find. Most of the times, HD (H-D) gas can be found rather than D2 gas.

Deuterium is used in fission reactors in the form of heavy water. Here, it is used to slow down neutrons. Deuterium is also used in proton NMR spectroscopy as CDCl3 in order to distinguish the spectra of light hydrogen from the hydrogen in the solvent.

Similarities Between Deuterium and Hydrogen

Difference Between Deuterium and Hydrogen

Deuterium: Deuterium is a stable isotope of hydrogen element.

Hydrogen: Hydrogen is a chemical element with the atomic number 1.

Deuterium: Deuterium can be represented as either D or 21H.

Hydrogen: Hydrogen can be represented as either H or 11H.

Deuterium: The abundance of Deuterium is about 0.015%.

Hydrogen: The abundance of Hydrogen is about 99%.