Bath comes from the old English bæth. The noun bath can have various meanings depending on the context. Bath mainly refers to the process or act of washing or cleansing oneself. Here, bath is used verbs like have and take. For example,

The children had a bath in the evening.

I took a long, hot bath.

She gave her baby a daily bath with soap and warm water.

Bath can also refer to,

A large container of water, used for immersing and washing the body or bathtub

He lay in the bath, reading.

The bath had gotten cold.

They renovated their kitchen and bath.

The room had its own private bath.

In British English, bath is also used as a verb. This is mainly used is used with an object. According to the Oxford Dictionary, bath means ‘to wash someone while immersing them in a bath’. Therefore, bath can be used in relation to babies and pets.

She didn’t know how to bath the baby.

She fed and bathed the toddler and put him to sleep. 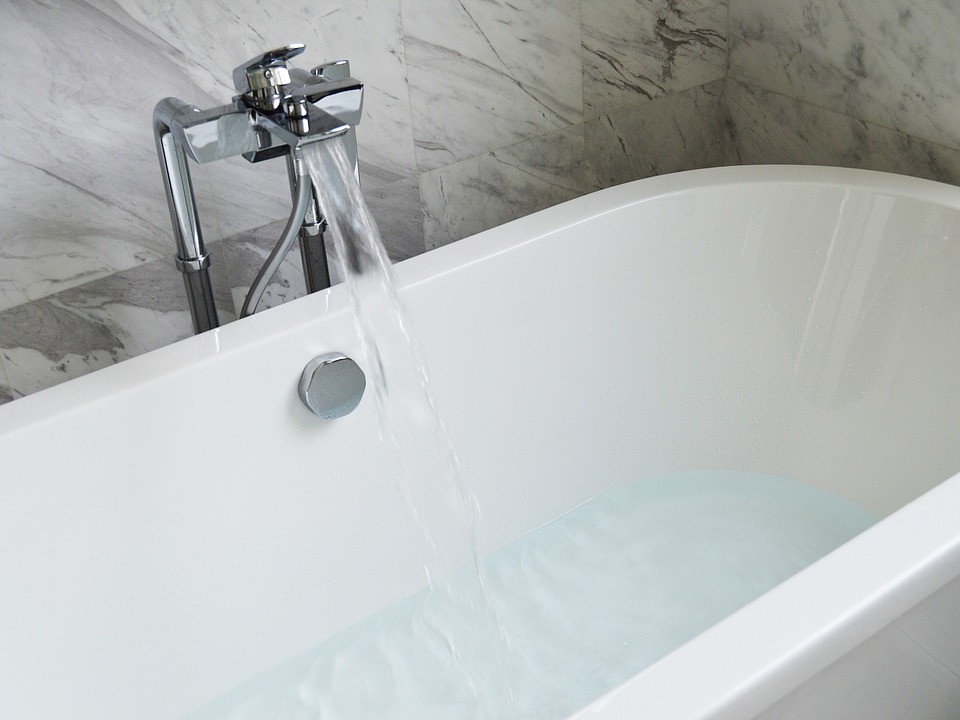 Bathe is mainly used as a verb. The main meaning of bathe is to wash one’s body in water. For example,

The doctor advised her to bathe in hot water.

Bathe can also mean to wash something or cleanse something with water.

I bathed and bandaged the wound.

She was advised to bathe her foot in warm water.

We also use bathe to talk about swimming or spending time in the sea, or a lake, river or pool for pleasure.

Last weekend, we bathed in the sea.

After the picnic, everyone wanted to bathe in the lake.

It is also important to note that bathe is sometimes used as a noun in British English. Here, bathe refers to An act or spell of swimming or spending time in the water.

People believe that a bathe in the Ganges river can wash away their sins.

A bathe in the cold sea would be the death of him. 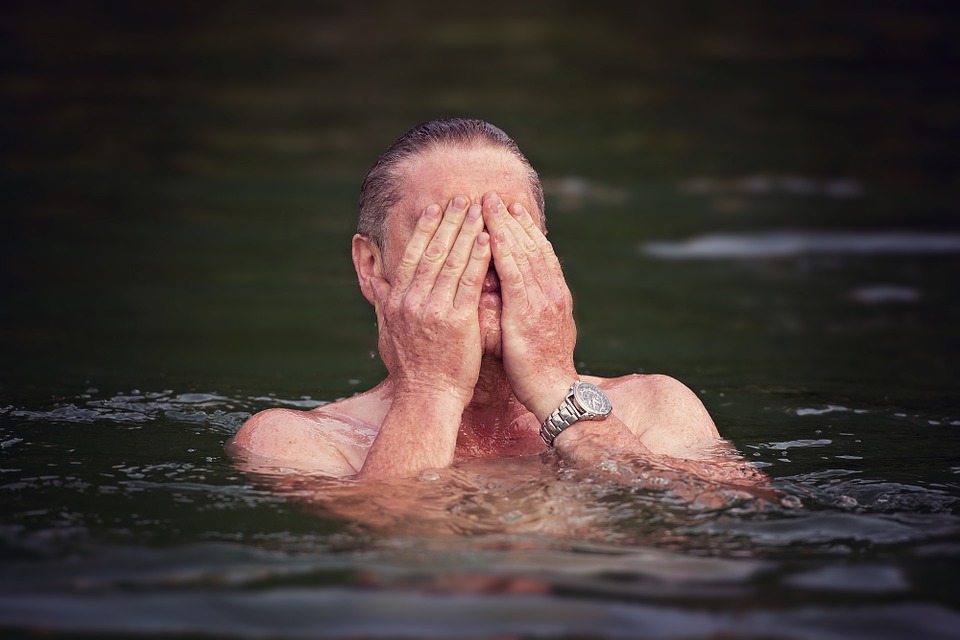 Difference Between Bath and Bathe

Bath is mainly considered as a noun.

Bathe is mainly considered as a verb.

Bath is sometimes used as a verb.

Bathe is sometimes used as a noun.

Bath can refer to the process or act of washing or cleansing one’s body or a bathtub. 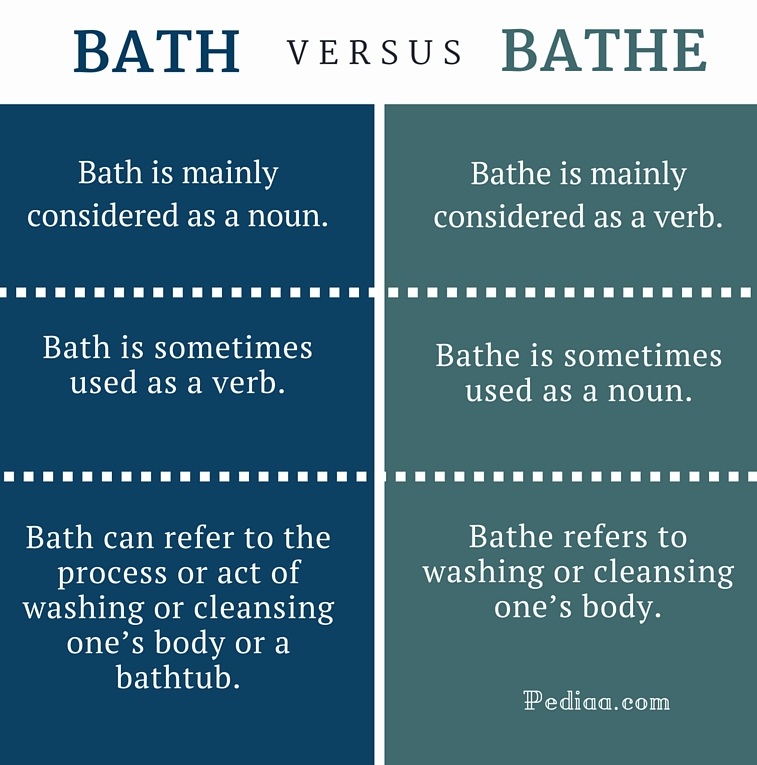