Nouns and adjective are two of the parts of speech. The main difference between noun and adjective is that noun identifies a person, place, object, or idea whereas an adjective modifies a noun.

What is a Noun

A noun is a naming word. Nouns include people, objects, places, animals, qualities, and ideas. Nouns are the name of the things that are around us. Nouns also act as subjects and objects of sentences.

Nouns can be classified into different groups based on various characteristics. Given below are some of these categories.

Common nouns: Nouns that indicate the class of a person, place or thing.

Proper nouns: Nouns that indicate the specific name of a person, place or thing.

Concrete nouns: Nouns that refer to things that can be perceived through the five senses.

Abstract nouns: Nouns that refer to things that cannot be perceived by the five senses; they refer to ideas, concepts or state of things.

Countable nouns: Nouns that can be counted using numbers. 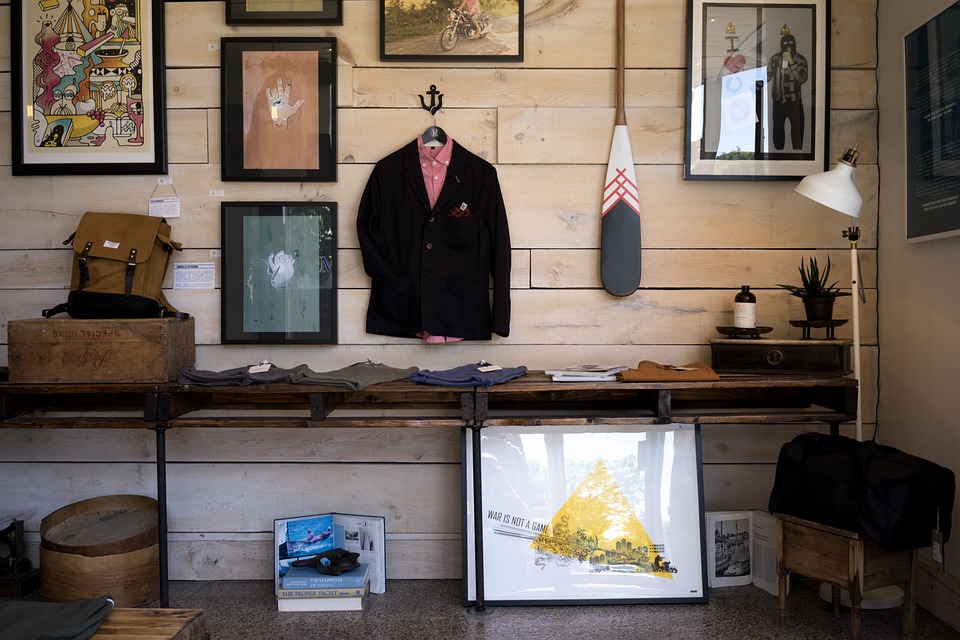 An adjective is a word that modifies a noun; it can be simply termed as a describing word. They can be used before or after a noun to modify its meaning. Adjectives are used with nouns to describe qualities such as, color, size, number and type. They make the meaning of a sentence more clear or exact. For example, tall, friendly, small are all adjectives. In the following examples, they are used to modify the noun boy.

As mentioned above, an adjective can be used before or after a noun. An attribute adjective is an adjective that is found immediately before a noun.

He threw out the old clothes.

The pretty girl has blue eyes.

The flowers are blue.

The table below will help you to identify the difference between attribute adjectives and predicate adjectives.

Like nouns, adjectives too can be categorized into different groups. Given below are some of these types of adjectives.

Possessive adjectives: Adjectives that are used to indicate ownership. Adjectives include my, your, his, her, its, our and their.

Demonstrative adjectives: Adjectives that are used to indicate specific things. This, These, Those, and That fall into this category.

In addition, numbers, colors, as well as articles (a, an, the), can be considered as adjectives. 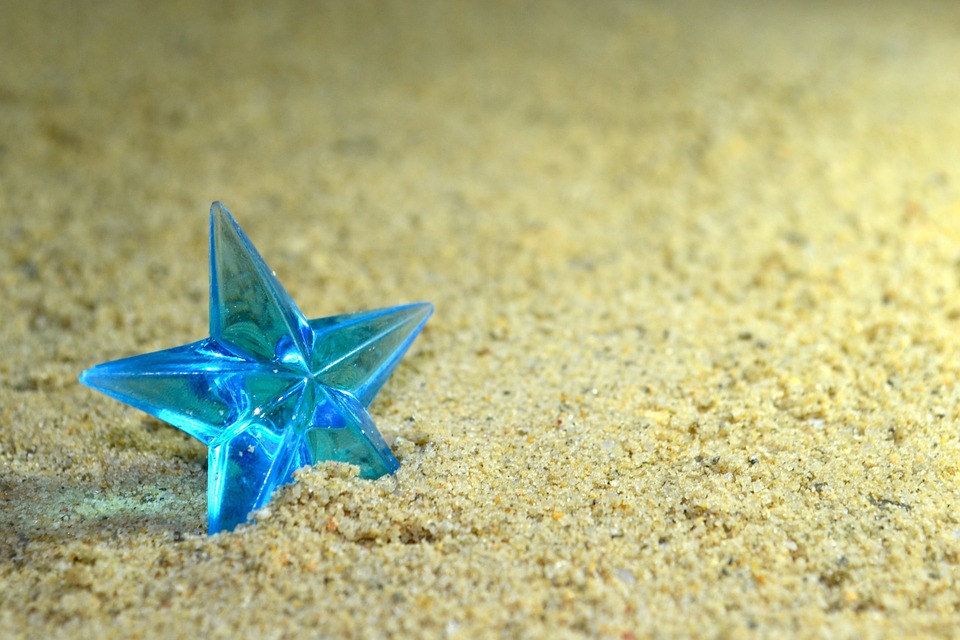 Difference Between Noun and Adjective

Noun is a word that identifies a person, place, object or idea.

Adjective is a word that modifies a noun.

Nouns act as subjects or objects in a sentence.

Nouns can be found anywhere in a sentence.

Adjectives can be found before or after a noun.

A noun can occur alone in a sentence. 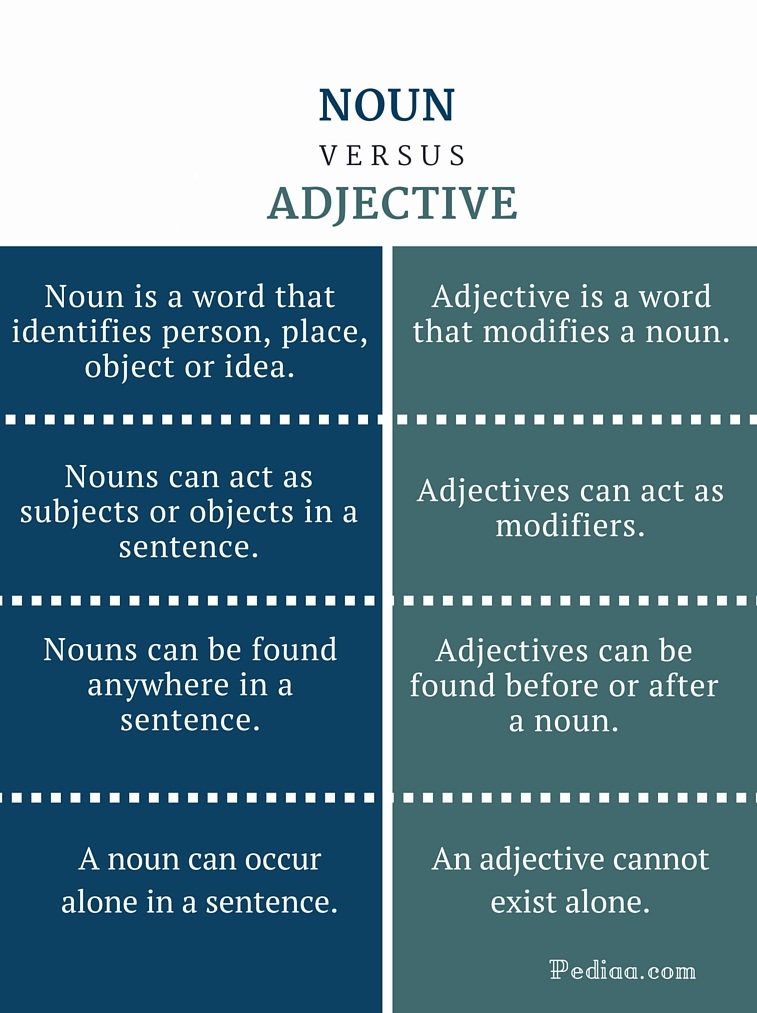